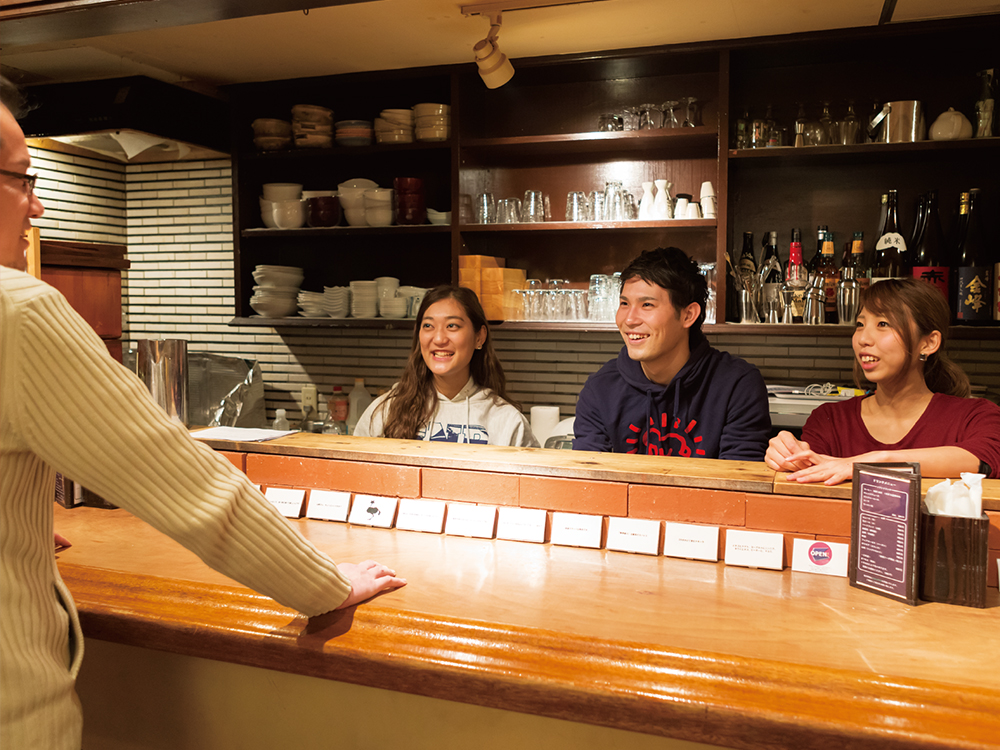 What We Can Do in Kyoto for Tohoku is
"To Remember".

“We want people to remember Tohoku earthquake, by eating great Tohoku food.”
That’s the trigger they started “Kikkake” Restaurant. Kikkake means a trigger in Japanese.
Three students managing this restaurant went to Tohoku, the disaster area as student volunteers.
When they were talking with other student volunteers about their feelings and what they can do for Tohoku, a word from the other student was unforgettable to them,
“Even after leaving here, I want to think of Tohoku at least on the 11th, a monthly anniversary of the earthquake.”
After coming back to Kyoto, they started a restaurant that opens only on the 11th of each month. Seafood and vegetables are purchased through the people they met in Tohoku. By doing so, they can express that they keep their mind on Tohoku from a faraway place.
Sometimes, they call the producers from their restaurant and enjoy talking over the phone. Such actions gained the sympathy of the people and the restaurant is happily filled every month.
They say “Anyone can remember the earthquake. We want to act as a trigger.”
It’s been five years since the disaster.
They wish “Kikkake” restaurant would be of some help to stop fading the memory of earthquake from people’s mind.