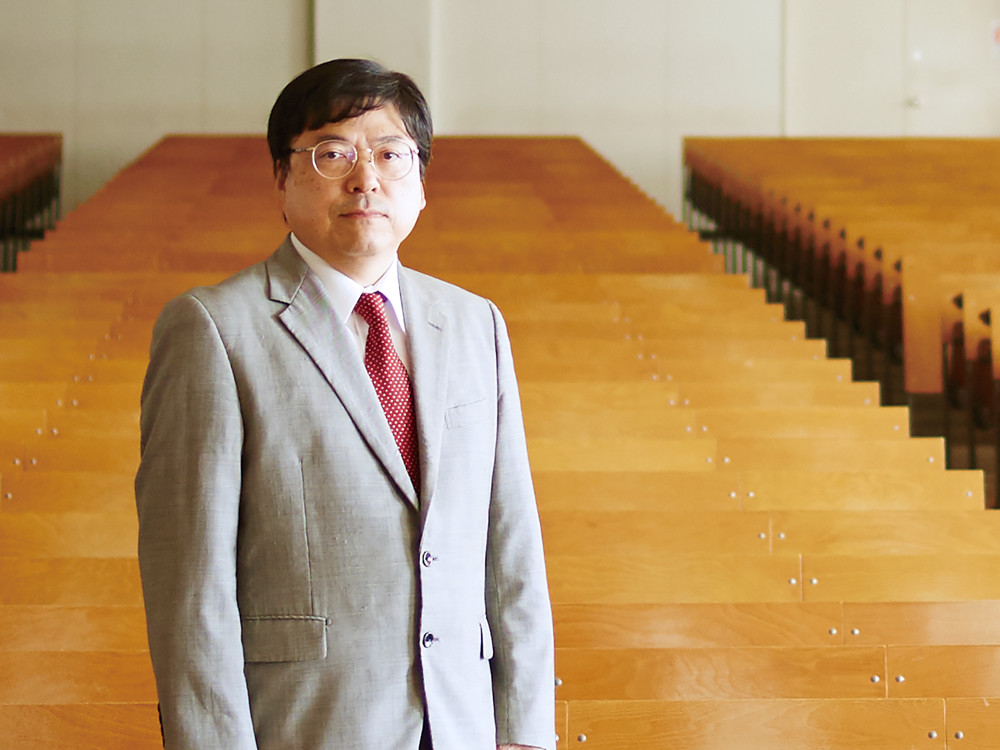 “The persistence of false accusations in the judicial system can be considered a crime in and of itself.” These are the words of Professor Mitsuyuki INABA who established Innocence Project Japan on campus this April to re-investigate alleged cases of false accusations pro bono.
Professor INABA originally specialized in information science; criminal justice is not his field of expertise.
But his interests shifted after analyzing the written confessions in the Shibushi Case, an incident which 13 people were falsely accused of crimes they did not commit. After using a computer to re-examine written statements, he discovered the confessions were coerced. This new evidence was submitted to the court and helped the defendants win a suit. Working on this case made him realize the need for more scientific inquiry in the law.
“In science and technology, it is only natural to explore the reasons behind a failure and look for ways to prevent its recurrence. It makes no sense to me that the justice system, which can determine the fate of someone’s life, has inadequate measures in place to prevent false accusations.”
Currently, about 30 stakeholders, including lawyers, legal scholars, and scientists have joined Innocence Project Japan. Together, they are working to help the innocent and keep false accusations from occurring.