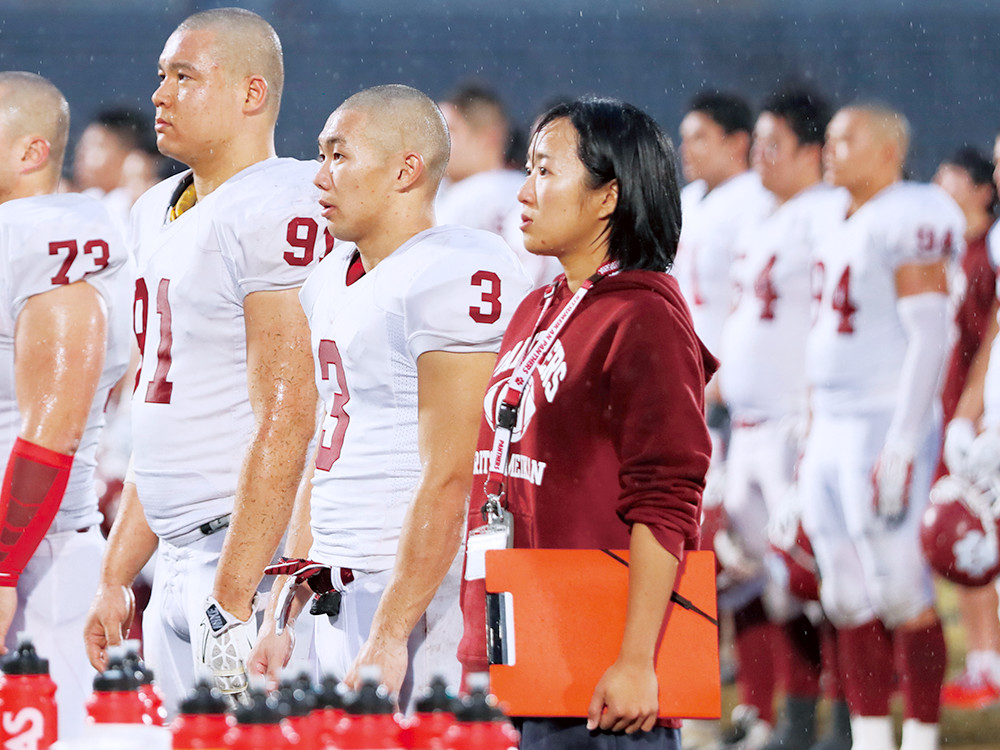 Standing in the front row is Chiaki Ishioka, Ritsumeikan University American Football Team’s first female manager.
Alongside the captain, the team manager is a driving force of the team.
She brings together the team’s almost 200 members, manages the team’s schedule, and liaises with the university and outside organizations.
Originally a trainer, Ishioka herself has no playing experience.
Filling a position that has traditionally always been held by men must surely not be without pressure.
Not only that, she is responsible for last year’s national champions.
“I decided not to over-reach myself and to do things my own way.”
Ishioka researched every aspect of the team’s training and actively participated in developing training menus.
Never hesitant to give her opinion about sensitive topics, she encourages debate and brings new life to the team.
The team’s head coach says that the team seems much more open than in the past.
The team was unified, but fell just short of clinching a second straight victory in the national championships.
With her parting advice of “Give it your all, but don’t forget to be yourself,” Ishioka will pass on the dream of being Japan’s No. 1 to her successor.