Exploring the Grounds
of the Lunar Surface

Geotechnical engineering is vital to landing spacecrafts, building a lunar base, and exploring the space in future

Magnificent space exploration projects are underway: the return of humanity to the lunar surface since the Apollo program, the construction of a crewed lunar orbit outpost Gateway, and proposed human missions to Mars. The National Aeronautics and Space Administration (NASA) of the United States is leading these projects in collaboration with the international community, including the Japan Aerospace Exploration Agency (JAXA) and the Canadian and European space agencies. Soon, the moon and Mars will become part of the humanosphere. What used to be the stuff of science fiction may become a reality in a not-so-distant future.

What is indispensable in making progress in such space explorations is geotechnical engineering. “If we do not know what the geological composition of a lunar or planetary surface is like, we would be unable to construct any structures, let alone land any spacecrafts. In the case of the Apollo Lunar Module, the first successful crewed lander to land on the lunar surface in July 1969 had its landing pad (the leg portions of the landing module) designed to either withstand an impact of hitting concrete at the speed of three meters per second or allow sinking up to 60 cm depth if the surface was soft. This fact shows how important it is to know the characteristics of unknown grounds,” explains Taizo Kobayashi, a researcher in the field of geotechnical engineering. Kobayashi has, thus far, contributed to space exploration programs through his research on predicting the dynamic behavior of lunar soil.

The lunar and planetary surfaces are covered in a type of soil called regolith. In the case of the moon, regolith is thought to be an accumulation and deposition of crushed materials resulting from meteorites that collided in the past and dust. Kobayashi experimented with simulant, a soil that simulates the physical and chemical characteristics of the lunar regolith, and demonstrated that lunar soil behaves quite differently than terrestrial soil.

Furthermore, to understand the dynamic behavior of the ground, it is necessary to understand its surrounding environment. The gravitational force on the lunar surface is 1/6 that on the earth. How would a spacecraft, such as a lander or a rover, behave under such a low gravitational field? To find out, Kobayashi used the parabolic flight of an aircraft to create a low gravitational environment to experimentally compare the bearing capacity of the earth and the moon. To create this environment, the plane is accelerated as it gains altitude, and once enough speed is gained, the engine is put to an idle state. Without propulsion, the plane starts to descend in an arc (i.e., parabolic flight), and it is in those several dozen seconds that a low gravitational field is created within the plane. Kobayashi compared the maximum load the grounds could withstand by inserting a rigid block in terrestrial sand (Toyoura sand) and a lunar simulant and measuring their load and settlement in this low gravitational environment. “As a result, we found a clear gravitational dependency in both the rising gradient and its peak strength for the case with Toyoura sand, as expected based on the classic bearing capacity theory. On the contrary, we did not find that to be the case with the lunar simulant. It became clear that the way gravity influences bearing capacity depends on the type of soil,” says Kobayashi.

Kobayashi then conducted an experiment to predict the driving behavior of planetary exploration rovers on the lunar surface by running a rigid wheel (150 mm diameter, 80 mm width, and 10 kg mass) over the lunar simulant. “First, when we ran the wheel across the simulants on land (on a 1 G field) with 1/6 the original load, the wheel was able to travel across the approximately 60 cm to its end on its own, without any slippage. However, when we dropped the gravitational field to 1/6 G in the in-flight experiment and ran the wheel, it instantly slipped and sank into the ground, and was unable to travel,” says Kobayashi. Back on land, they doubled the wheel load; the wheel sank deeply into the ground and could hardly move forward. Then, when a 2 G field was created in the plane and the wheel was set in motion, it was able to travel with hardly any slippage despite having the same load. The contrasting traveling characteristics on land and in the aircraft revealed through this experiment is due to differences in gravitational conditions operating on the soil. Thus, there is no doubt that soil characteristics and gravitational conditions would greatly impact the behavior of spacecrafts or rovers. “Understanding the characteristics of regolith well, and using the low gravitational environment—which could be a benefit or a hindrance depending on the situation—to our advantage would be the key to a successful lunar and planetary exploration,” says Kobayashi. 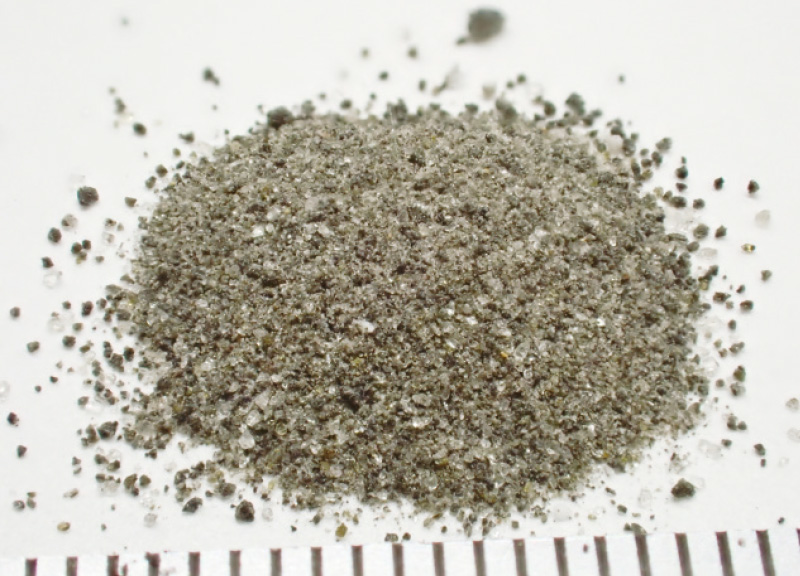 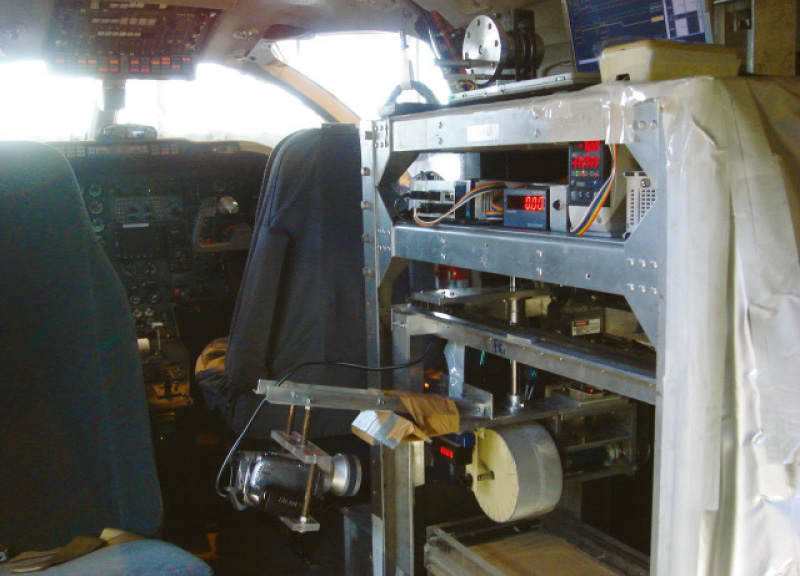 The traveling wheel experiment device that was loaded onto an aircraft for parabolic flight. The influence of gravity on the traveling performance of exploration rovers is being investigated. 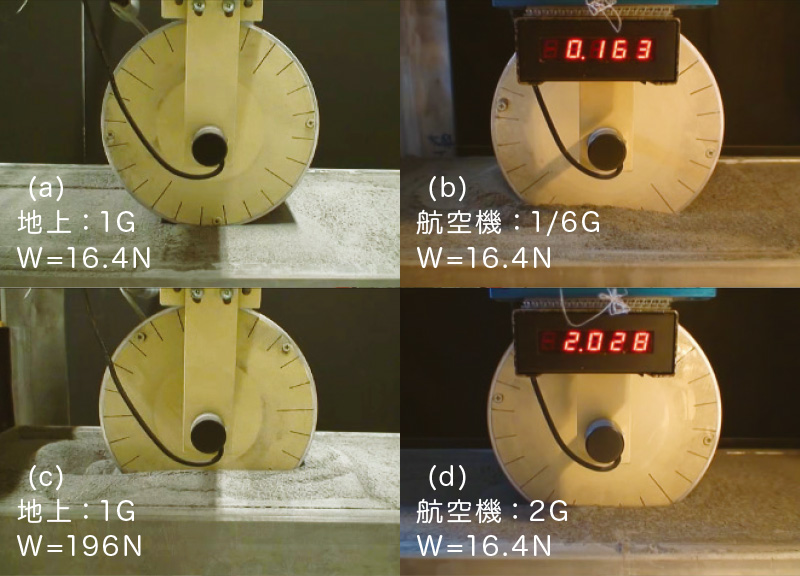 Image captured 15 seconds after the wheel began moving. The traveling performance of the wheel significantly differed based on the gravitational conditions. 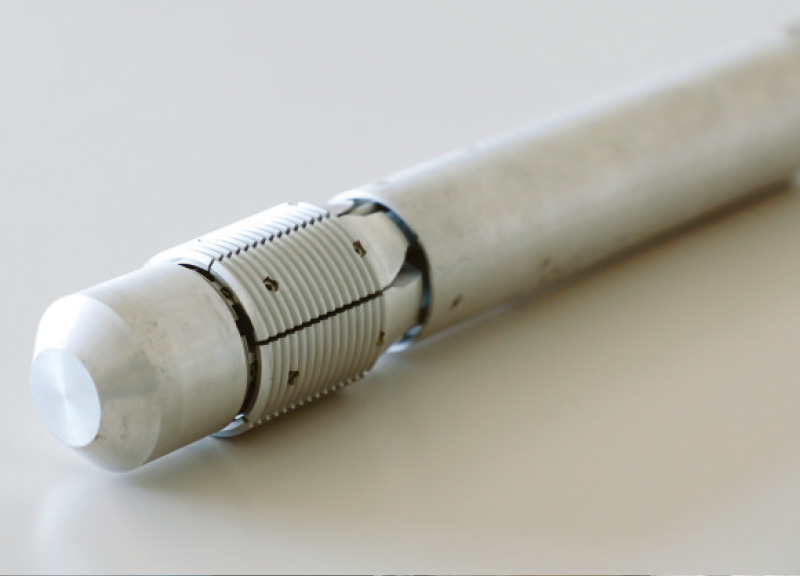 A geotechnical testing tool inserted into borehole dug by a drill to investigate the stiffness and strength of lunar regolith in the vertical direction. 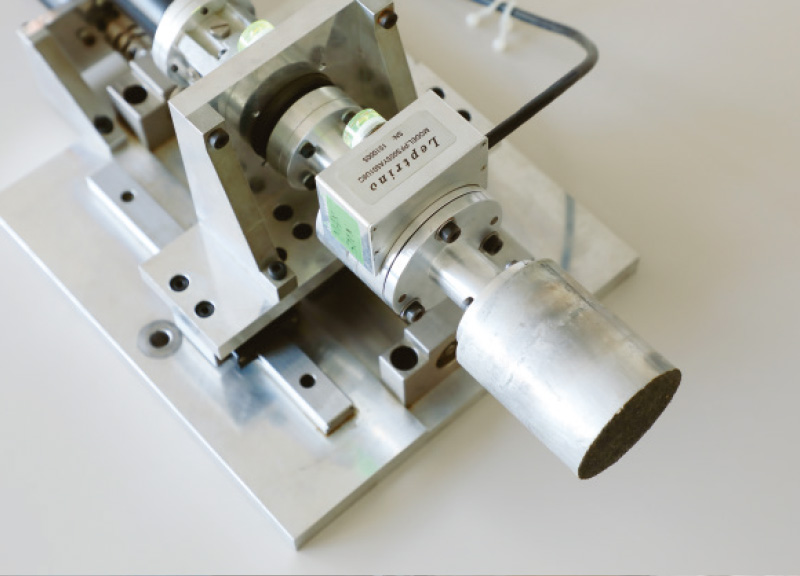 A geotechnical testing tool to examine the stiffness and strength of the surface layer of lunar regolith to be mounted on an exploration rover. 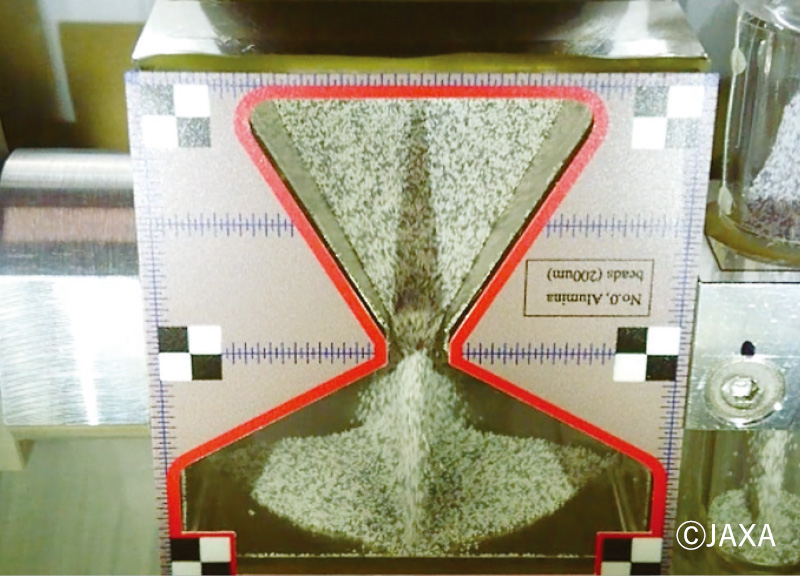 The Hourglass experiment that was carried out onboard the International Space Station. It investigated the deposition and flow characteristics of granular materials in microgravity fields.

In addition, Kobayashi has also been involved in the research and development of tools to examine lunar and planetary grounds. One such tool is the Lunar Soil Mechanics Investigation System (LSM), a candidate slated to be included in the JAXA’s lunar exploration program (SELENE-2). The LSM uses the reaction force of the lander’s own weight to drill a borehole and makes observations using a borehole camera, measures the deformation and strength characteristics of the soil of the walls in those boreholes, and conducts seismic tests on the ground. “Unfortunately, it was not put to practical use owing to the cancellation of the launch project. However, we are continuing to develop the probe with the intention of incorporating it in other projects,” says a hopeful Kobayashi. Kobayashi is a member of the design team working on the lander in JAXA’s Martian Moons eXploration (MMX), which is scheduled to be launched in the first half of the 2020s, and has participated in the Hourglass investigation to determine the gravity dependency of the granular materials on the surface of planets, which was conducted in the Japanese Experiment Module on the International Space Station in November 2019.

“The lunar exploration is now on the cusp of moving from the investigation-of-the-unknown stage to a new stage, utilization-of-the-moon,” states Kobayashi. For humans to land on the lunar surface and construct a base and other facilities, we will need materials, water, and energy. The use of lunar resources would also become an important issue. To contribute to the ground exploration, which would only become more important, Kobayashi will continue to develop investigative tools and equipment with JAXA and other corporations. 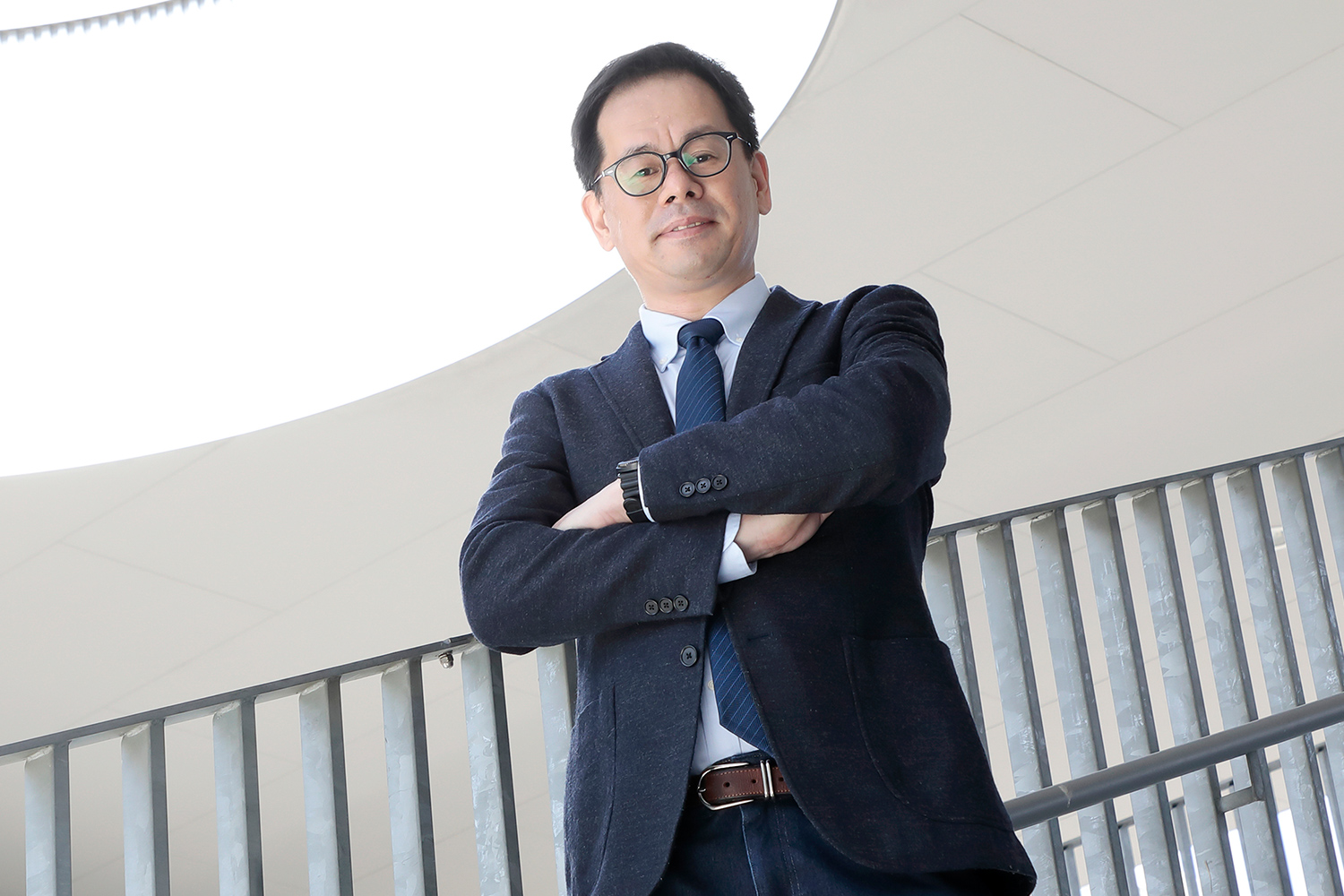 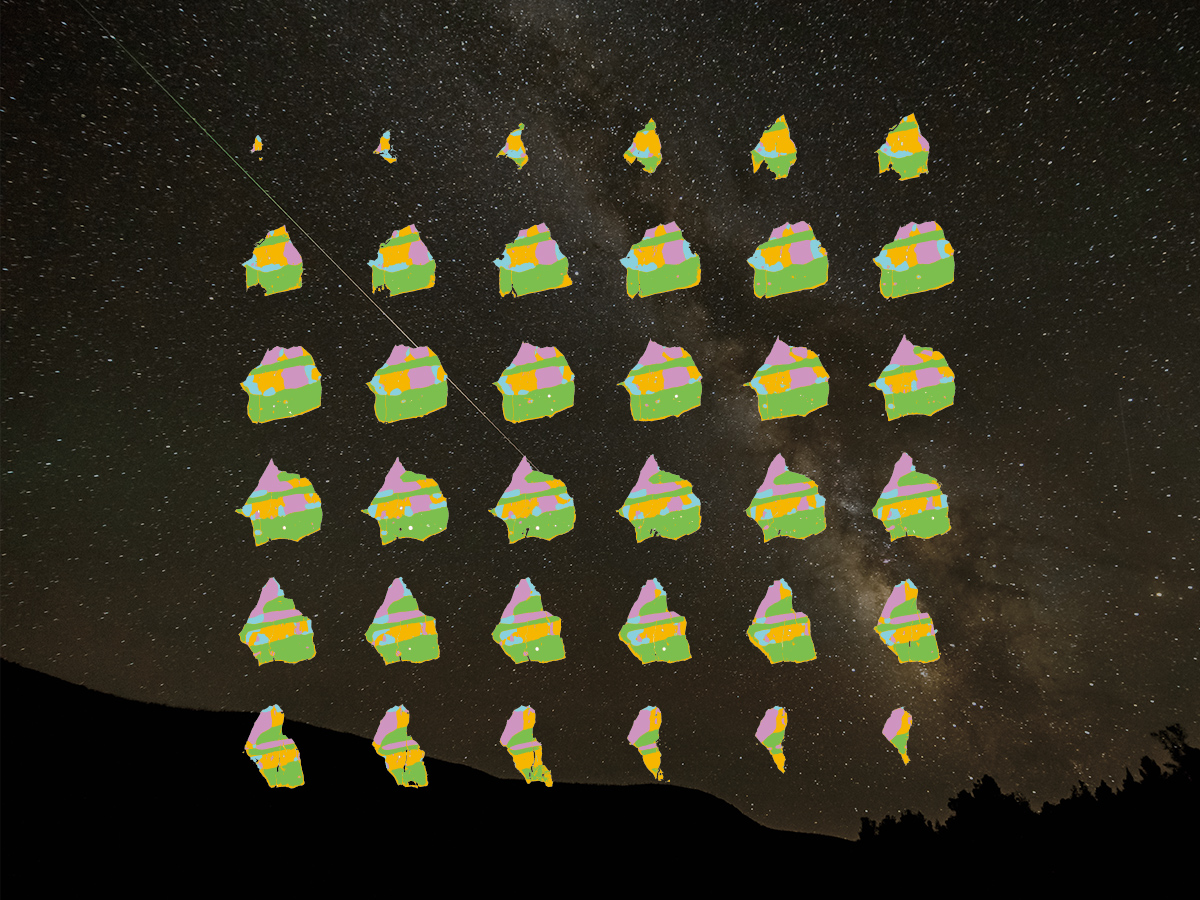 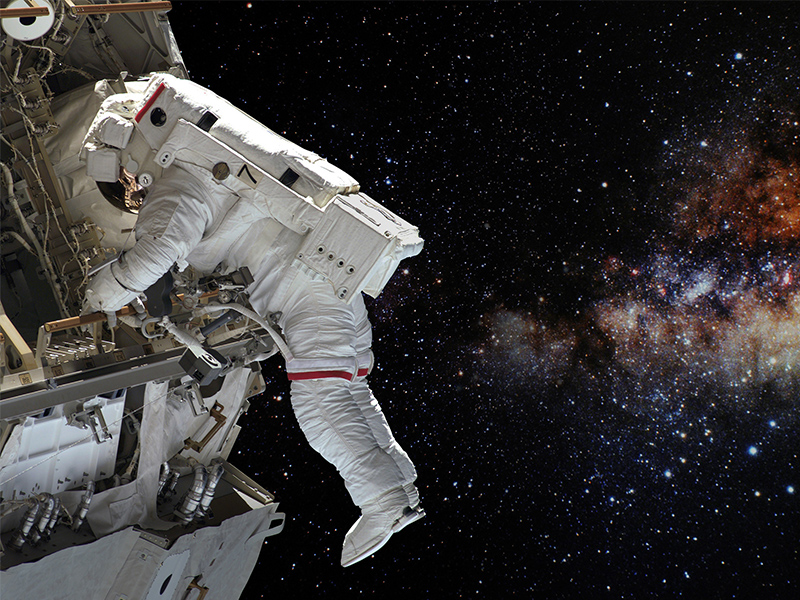 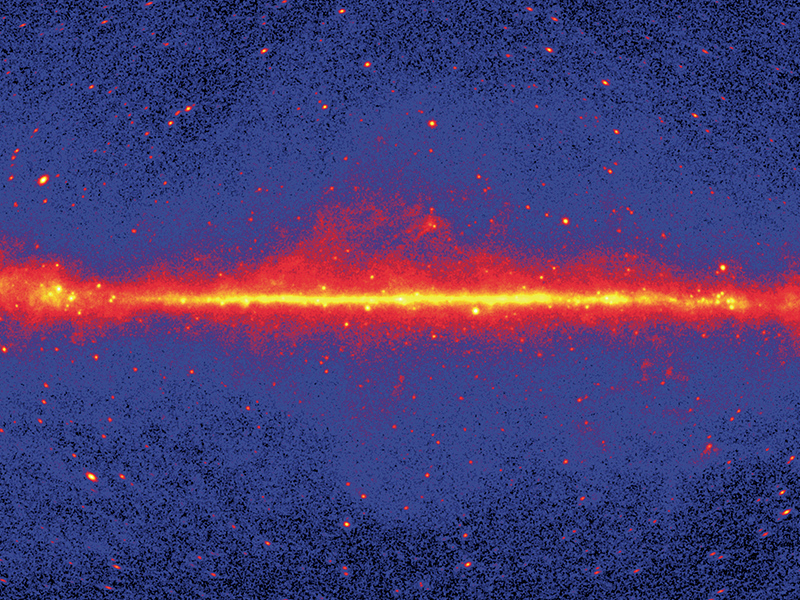 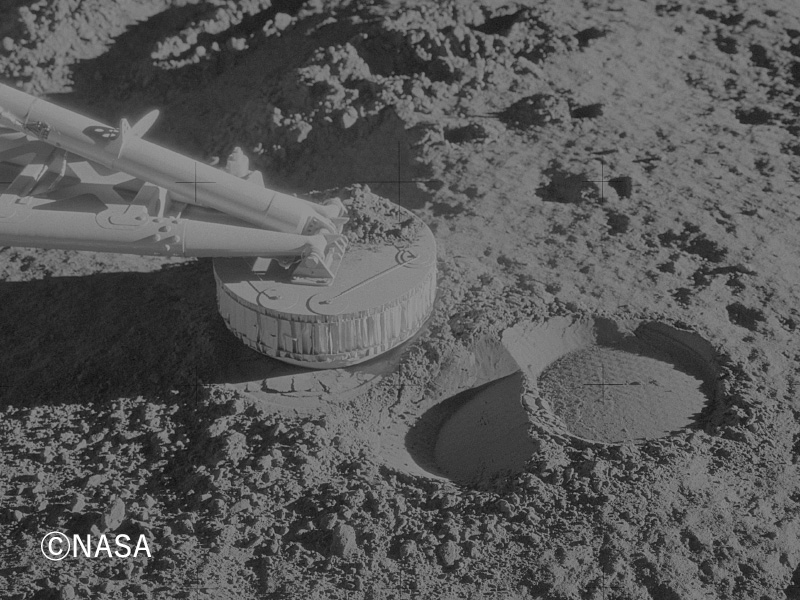 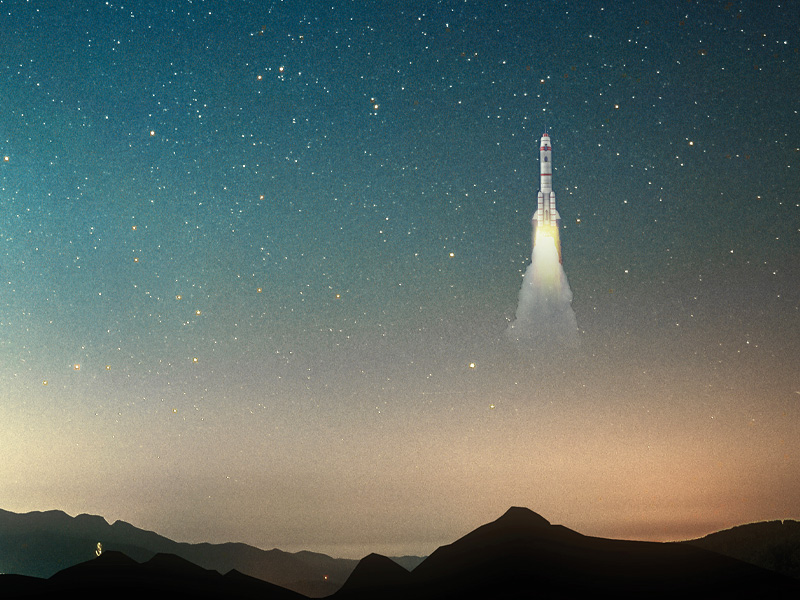