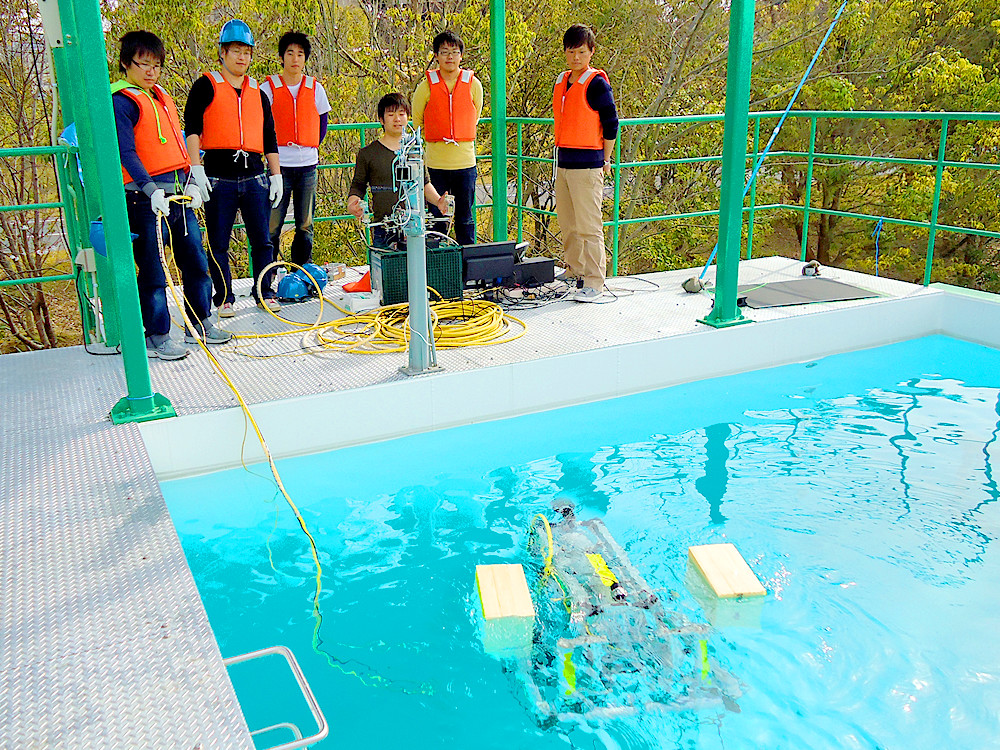 Bringing the depths of the oceans within arms reach

“I want to make a submergible robot
that can be operated by one person.”
Conventional submergible robots are huge machines
that weigh in at well over 500kg.
But “CoCo” was created out of a desire to change this.
At a mere 50kg,
CoCo is 1/10th the size of conventional submergible robots.
Utilizing aluminum to lighten the body
and urethane foam floats for balance
CoCo is packed with many world-first ideas.
With its two arms and hands, and a camera showing the operator what is happening under water,
CoCo is capable of carrying tires and
other objects with ease.
CoCo is currently playing a part in the environmental
protection of Lake Biwa.
Eventually CoCo will be zipping around Japan's ocean floors
and assisting in future off-shore development.