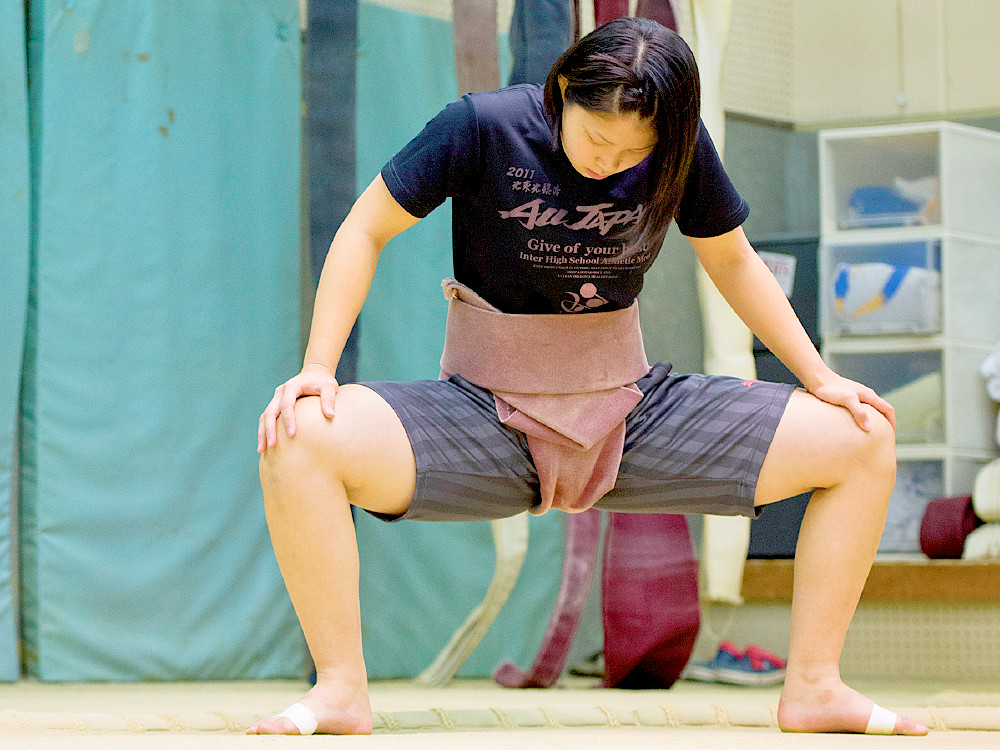 “Women doing Sumo? Are you serious?”
I wonder how many times I have heard this.
“Common sense” and “customs” became stronger enemies
than the opponent I would face.
What's wrong with women doing Sumo? I will show you all.
With this determination I will perfect my technique
and strengthen my will.
I have been undefeated in Japan for the last 3 years.
Now the arena has moved overseas, to the world stage.
It was around this time that I became fascinated by Sumo.
I placed 3rd out of 88 participating countries.
But I cannot be satisfied with this result.
I am still only 3rd. I will stand at the top of the world,
and from there spread women's Sumo throughout the world.
The stronger the opponent, the higher I may go.