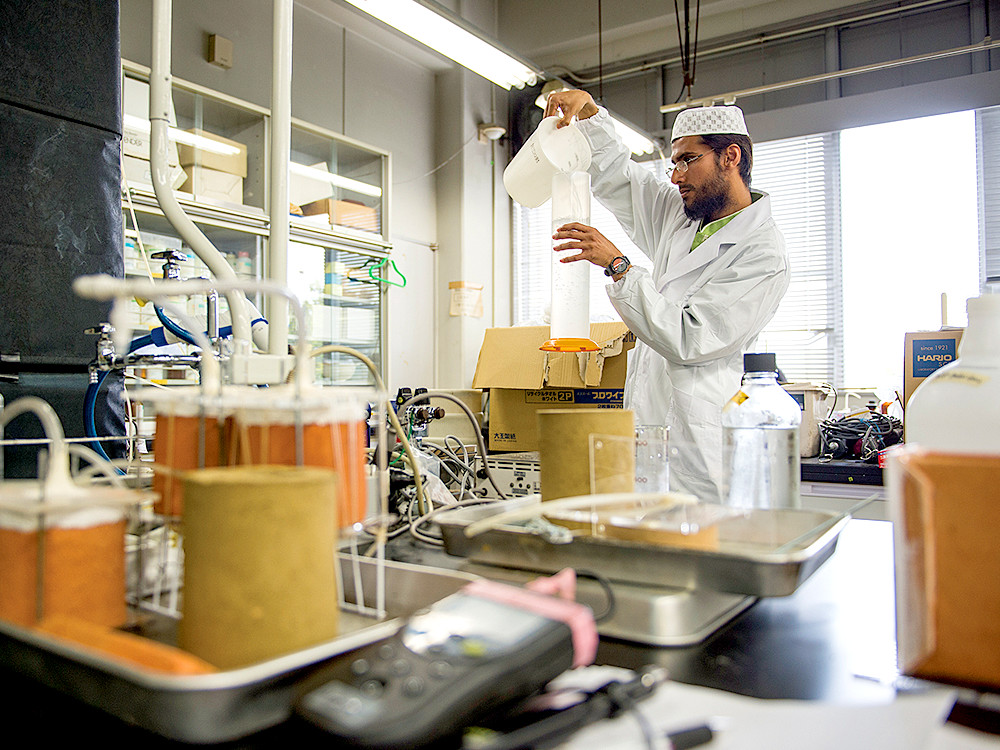 Drink arsenic contaminated water, or dehydrate and die? I want to ride the world of this life threatening choice.

Arsenic is a poison. And even though the people of Bangladesh know this fact, many still consume it daily.
Unsafe levels of arsenic have been found in many wells, but for many there are no other means of collecting water.
Even though each glassful brings them closer to death, they must drink it to live.
In Bangladesh alone roughly 57 million people are at risk.
Many attempts to rid the water of this arsenic have been made.
But high cost and difficulty of use and maintenance make sustained use impossible.
In a country where electricity is unstable, much of the equipment provided by developed nations goes under-utilized.
Keeping this all in mind, a cylindrical ceramic filter was developed.
The simplicity of passing water stored in an earthenware pot through the filter.
Being made with local soil, and the low cost of roughly 30 yen per filter make it easy to replace if broken.
Through over two years of local research and testing, its usability and sustainability have been proven. Once patents are received and tests by the Bangladesh government completed, the filter will be sold commercially. "I want to deploy this filter worldwide as a shield for the millions suffering from arsenic poisoning."