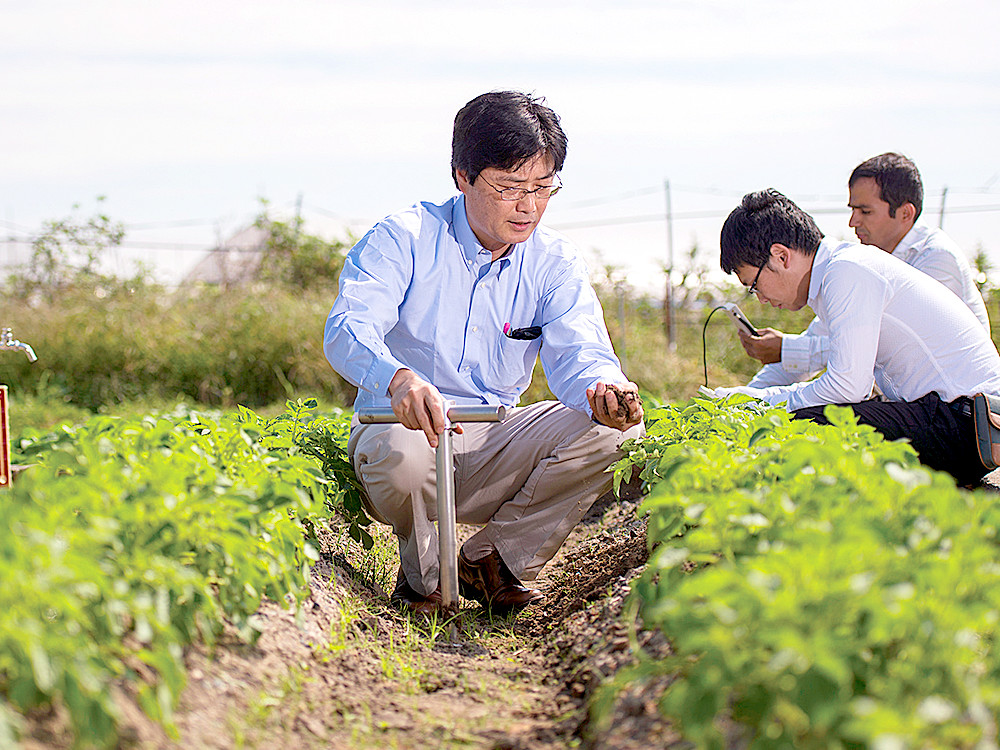 Making delicious vegetables starts with making fertile soil.
That is how important the soil is for organic agriculture.
However, it takes many years of experience and intuition to make good soil.
This makes it even more difficult for people to start farming and receive a reliable income.
It is for this reason that Professor Kubo developed the Soil Fertile Index (SOFIX).
SOFIX is the first system in the world to visually indicate soil health as a number through diagnosing and analyzing the three indicators of microbe numbers, nitrogen activity, and phosphorous activity in the soil environment.
Adding organic fertilizer based on this number means anyone can create fertile soil,
and allows for stable organic agricultural production.
This gives Japanese agriculture the potential for global competitiveness and higher self-sufficiency.
In fact, Professor Kubo believes “it could be the clue that solves the world’s food problems.”
This new technique has already been presented in the US, China, Australia, Taiwan, and presentations for Italy, Thailand, Indonesia, and the Congo are also in the works.
The agricultural industrial revolution is about to begin.