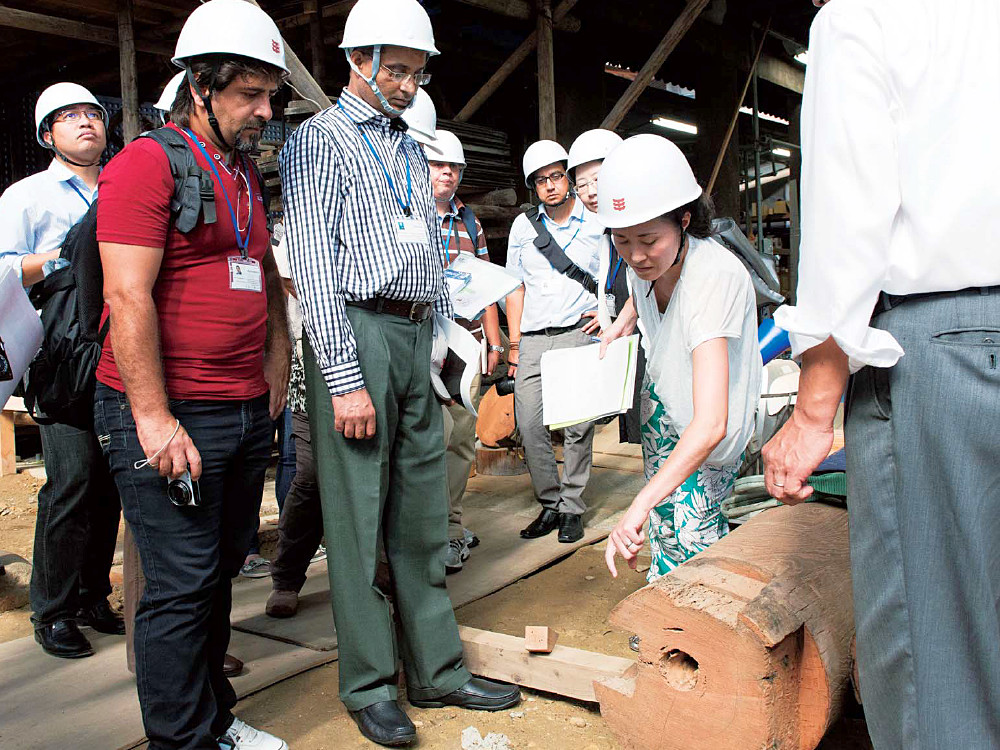 The Cultural Heritage Disaster Mitigation Programme that has been developed in Japan has now reached the world.

The knowledge of disaster mitigation in Japan, is now being utilized significantly in the world. Despite frequent typhoons, earthquakes and landslides, if the cultural assets in Japan remain well-preserved, then these can be enjoyed by the international tourists. The field of “Cultural Heritage Disaster Mitigation” has caught the world’s attention. The International Training Course (ITC) that is run by Ritsumeikan’s Institute of Disaster Mitigation for Urban Cultural Heritage is the only programme on this theme in the world officially recognized by UNESCO. Until now, a total of 84 trainees from 39 countries have participated in this training course. The number of applicants each year is increasing manifolds. A distinctive feature of the programme is that it goes beyond the framework of disaster science and disaster prevention engineering. It identifies the issues concerning disaster mitigation of cultural heritages and puts the theory integrating humanities, social sciences and natural sciences into practice. The trainees return to their respective countries after the course and take the lead as disaster risk managers for cultural heritages and many also serve as instructors to conduct training courses on this subject. Protecting the cultural heritage means protecting the tradition and the pride of that country. This new initiative, which is “Made in Japan” will be there to protect the world from disasters.