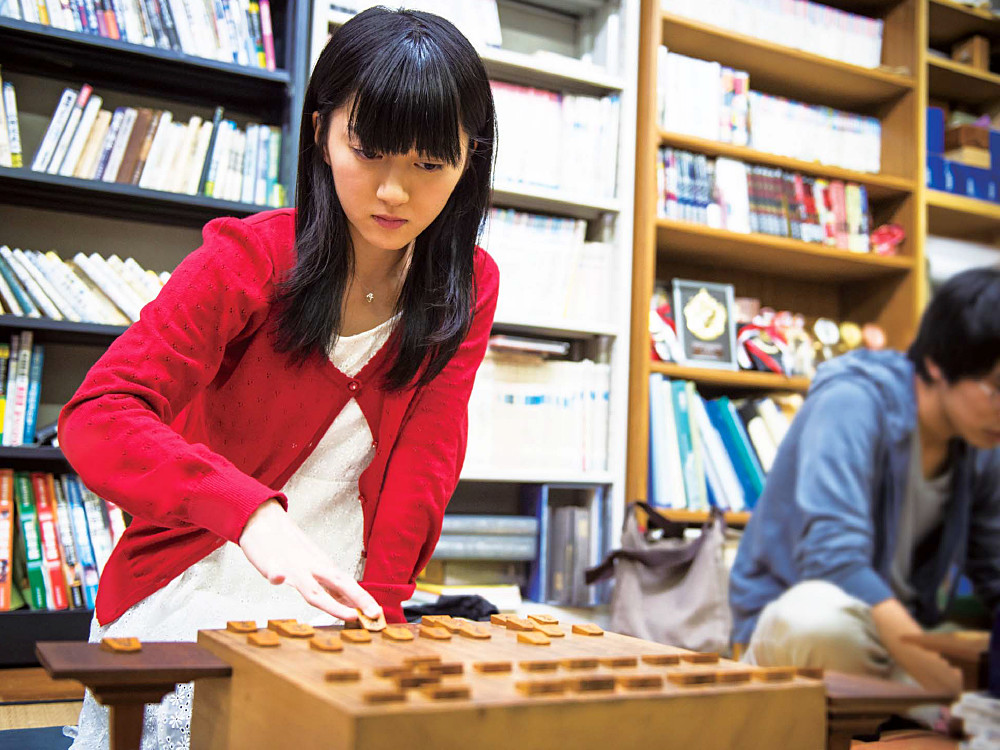 She wept tears in the public after a defeat.
“I was awfully disappointed with the complete defeat”.
During primary school, an unintentional move to start Shogi changed Kagawa’s life. After speaking with her mother, she started going to a Shogi class nearby. She hated losing, from the bottom of her heart.
At the age of 12, she seized the crown at the “Jyoryu Amateur Meijin Sen”.
At the age of 15, she became the youngest female professional Shogi player.
However, it was not easy to stay in the world of professionals.
She was full of tears of regret as she could not win a match.
“I wanted to start from zero”, says Kagawa, so she left her hometown in Tokyo and entered Ritsumeikan University which has always been ranked first or second in Shogi.
“After coming to the new environment I realized once again that
I hate losing and I love Shogi from the bottom of my heart”, says Kagawa.
The reborn Kagawa then seized the title, “Jyoryu Osho”,
one of the six titles in Japanese professional Shogi, at the age of 20.
The once teary Kagawa is now full of smiles.
Kagawa successfully defended her title in October this year.
The tears of regret will now turn into tears of joy.