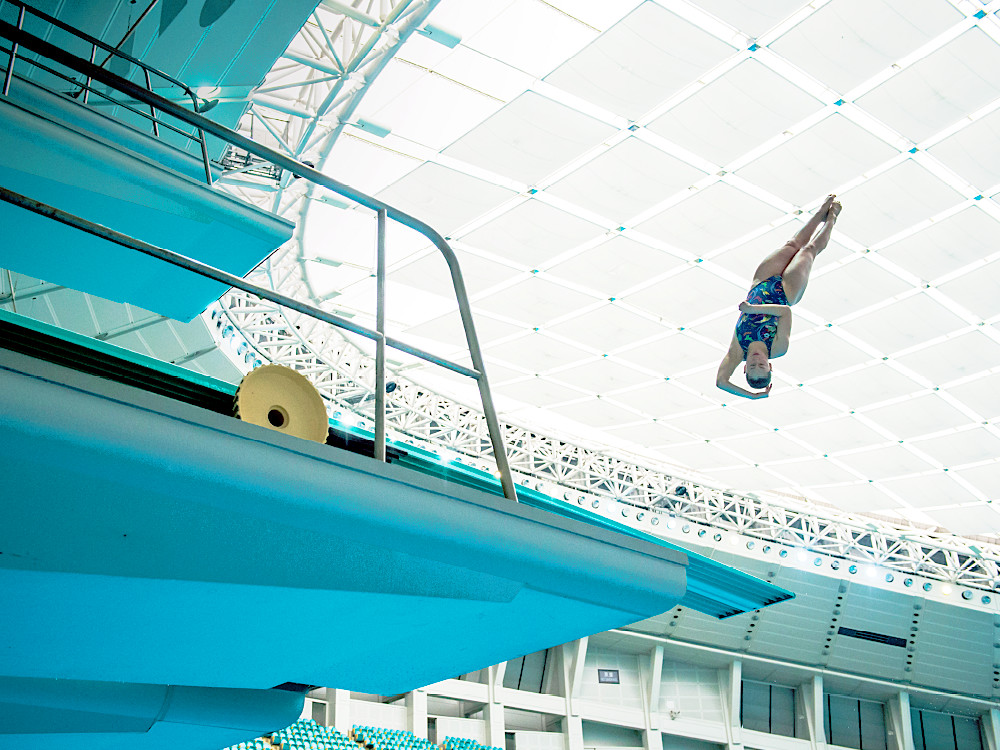 The duration of a performance in a diving competition lasts about two seconds.
Diving is said to be a contest with the shortest duration among other sports as the winner is decided within seconds.
The acrobatic performance is done in an instant and could lead to serious injuries with a missed timing.
“Even now, I am fearful when I learn a new technique,” said Mabuchi, as she is covered with wrist and waist injuries.
As her father works in the Japanese diving sport industry, she started competing at the age of six.
While her classmates were having fun, to her, it was only school and practice on a daily basis and she was fed up by it.
Yet, this thought was gone upon receiving the bronze medal at the East Asian Games.
After receiving a standing ovation with thunderous applause from the Chinese crowd, she thought “I want to experience this again!”
Since, her awareness of the world became stronger.
“To become a tough girl…” saying so, she began her weight-lifting training which she previously disliked.
“You cannot have fear and not willing to make sacrifices if you want to be on the world stage,” saying so, she started challenging new techniques.
She is putting all her effort to amaze the world with the two seconds.