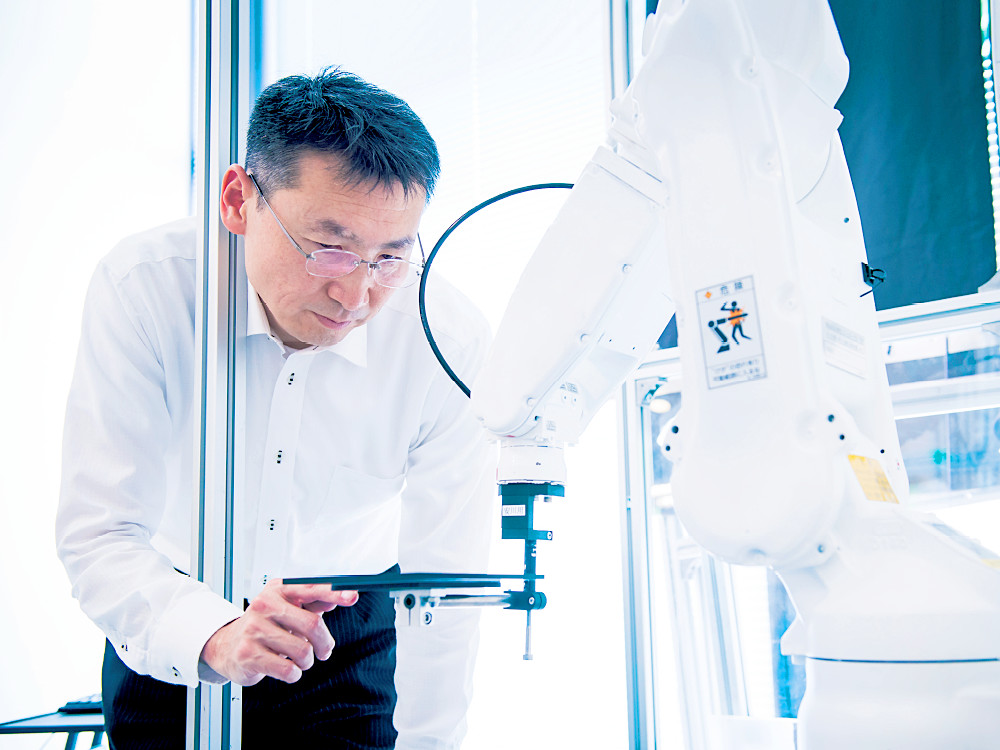 Intelligent Robots Will Change the Industry and the Future

“I don’t want the research to end as a theory, but I want to make practical use of it for the society”, saying so, Professor Xu started his own business through the university in 2000.
He has studied computer vision for more than 30 years and he wants to create robots with three-dimensional visions for industry-use.
Unlike any traditional programmed robots, these robots will be given eyes and brains so they can work based on their own judgments.
“It took more than twenty years for a general-purpose computer to perform at a high-level computational capacity as a supercomputer,” he says.
With automatic recognition of objects, robots can choose suitable parts for picking from the bin.
This technology became the world’s first to be used in the production line.
The enhancement in productivity, labor-saving and quality control became possible.
His plan is to eventually set up these robots in factories for all simple work.
“We point out the problems, formulate them and we look for the best solutions. This is the same everywhere regardless in the field of research or management,” he says.
Researchers may be the best suitors to lead the industries in this country.