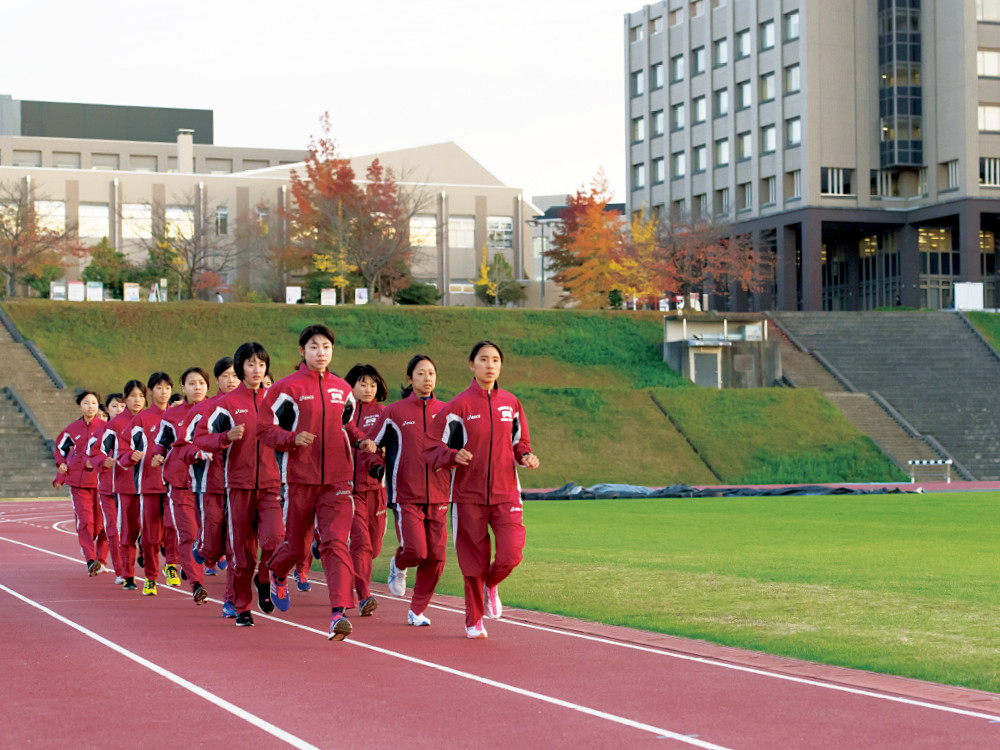 “More toughness to the team, more nobility in our victory.”
The team won a fifth-straight title first in history with a new record and achieved a complete victory over all stages of All-Japan Collegiate Women's Ekiden Championships last year.
Yet, their ambition is infinite, not settling for the status quo.
Unlike other track and field sports, Ekiden is a team competition.
When each athlete’s character and passion for the team fit perfectly, the team wins a victory.
They believe that improving individual skills result in better performance as a team and thus, they work out independently, besides their regular training in the mornings and evenings.
They’d be lying if they said they were happy with their days of training, but they feel like all their efforts are paid off when the sum of individual efforts bring a victory to the team.
When their individual efforts are multiplied, a new motivation is given to the whole team.
Their goal is to become a true national champion, in terms of their performance, teamwork and attitude.
They keep running even today to go beyond the record set by themselves.