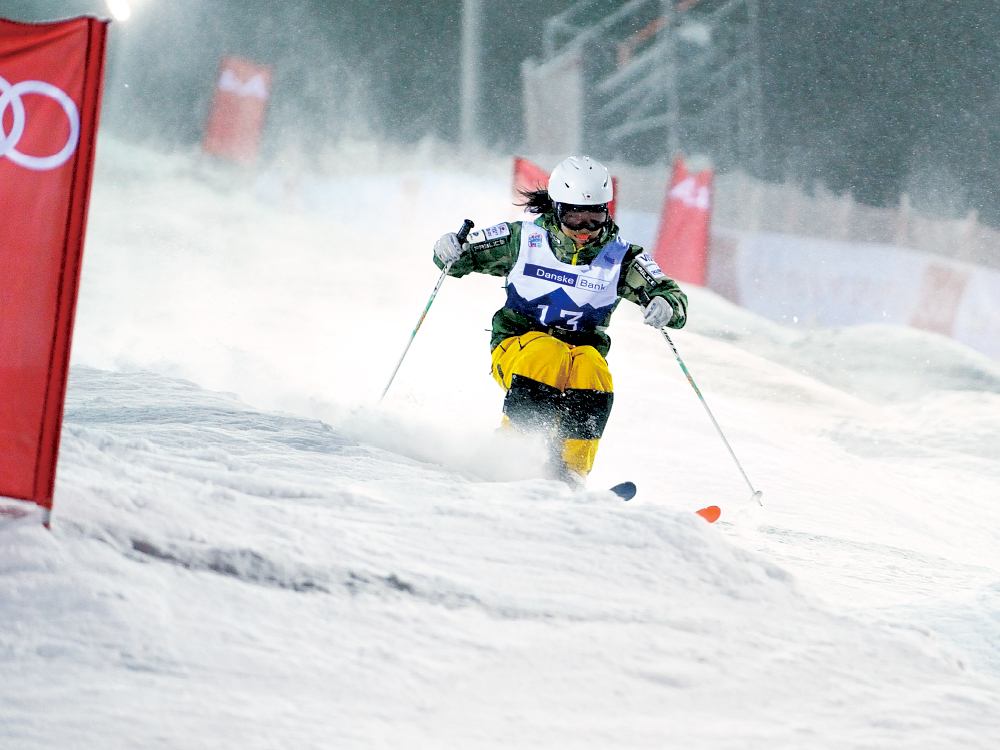 Taking the Shortest Distance, No Matter How Steep the Mogul Course may be.
The World Stage and the Year 2018 Await to be Seen.

“Taking the shortest distance is the basics of mogul, how steep the course may be.”
Life has been a bumpy road for Satsuki.
Her hometown is Shiga, not really a snowy region in Japan.
She has traveled to indoor ski resorts and water jump places outside Shiga to develop her techniques.
She stood out as a mogul skier, but heavily injured the anterior cruciate ligament twice.
Normally one gets depressed when facing a crisis in its career as a skier, but she felt that “I was seriously injured, so it won’t pay if I don’t aim for a higher place.”
After strenuous rehabilitation, she was able to ski again.
She thought “Doing the same practice as others will not narrow the difference with others” and entered Ritsumeikan to study sports theory, not other top universities for skiing.
At Ritsumeikan, she studies nutrition and motion mechanism to strengthen her body.
She cleared the bumps on a course, achieved stable skiing, and finally reached a Women’s Moguls World Cup podium last year as the sixth skier in Japan.
That is because she conquered the heavy bumps and took the course she chose.
She is now challenging more difficult aerial maneuvers to show them in PyeongChang.