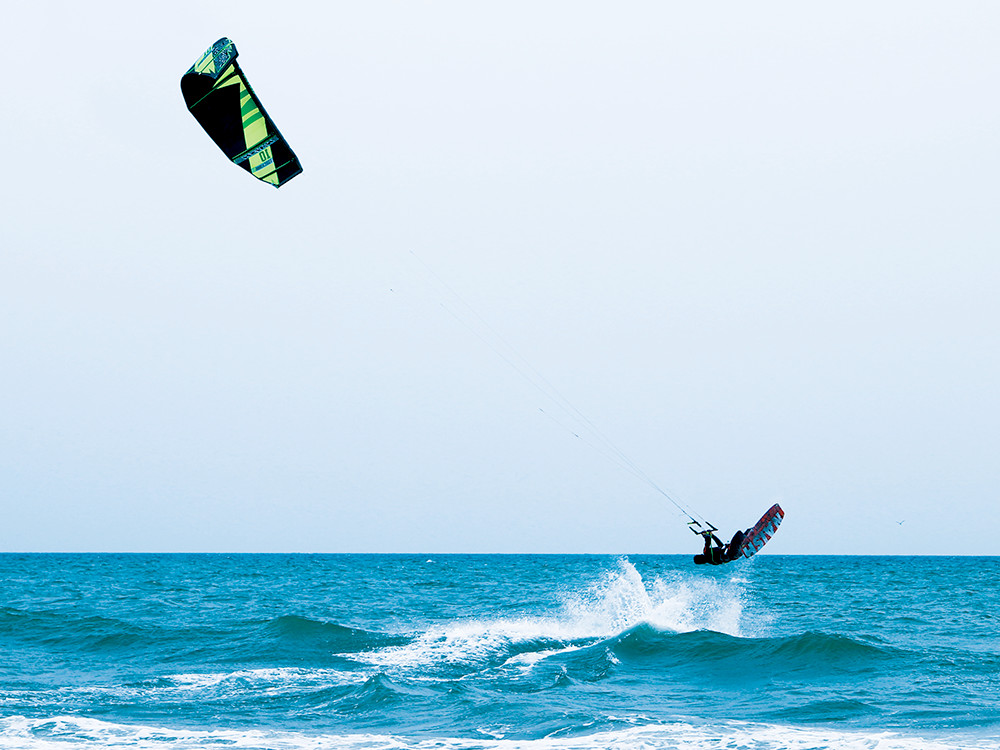 Will Kiteboarding in Japan be Just a Sport for Fun?

The biggest hurdle for a professional kite boarder is not talent or skills, but money.
Despite its popularity overseas, kiteboarding is still a minor sport in Japan.
Due to the lack of player population and media coverage, it is difficult to find sponsors even for Nakano, the winner of eight consecutive championships in Japan.
He bears all the expenses for the road trips.
The shortest way for him to bring kiteboarding into the mainstream is to win the world championships, but the lack of money sometimes prevents him from participating in the championships.
“If no one tries, kiteboarding will still be a minor sport,” says Nakano.
Not just his family, but many buddies have supported him so far. He has to continue his challenge.
While waiting for opportunity to advance to the world championships, he is involved in establishing a boarding team aiming for overseas expansion as well as a specialized training school.
After graduation from university, he will be committed to the development of kiteboarding in Japan as a professional kite boarder.
He is aiming for winning a prize in the world championship to advance the status of professional kite boarders.
His kiteboard also carries the future of Japan.