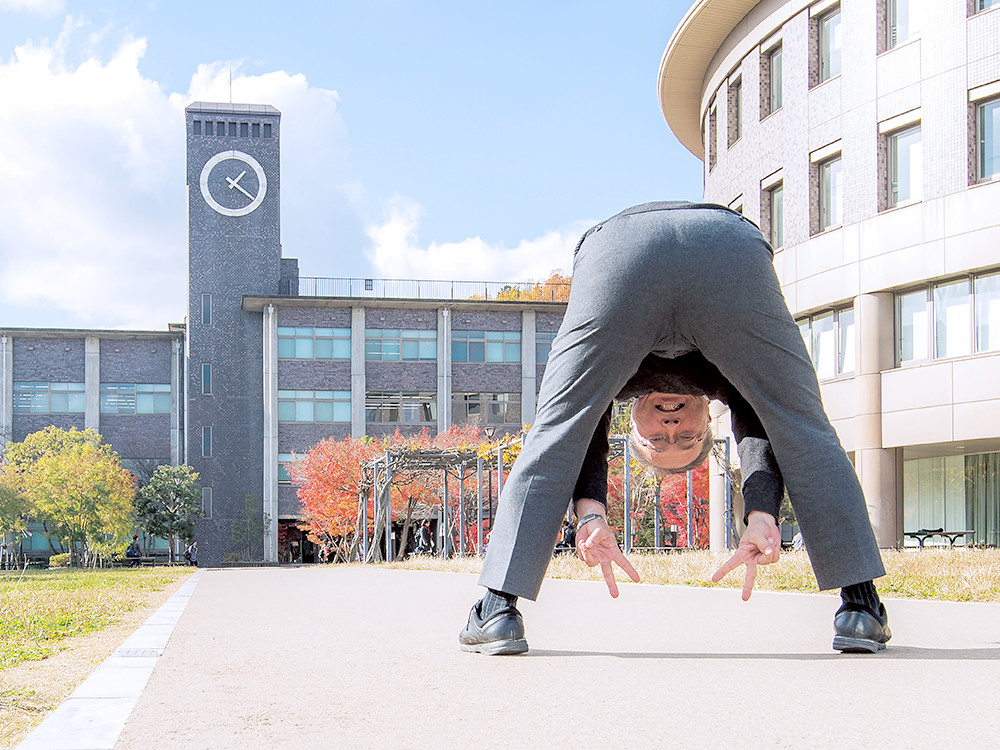 Why does a scene appear to be changed when viewed from between the legs?
How do you explain the “stairway to heaven” illusion at Amanohashidate* experienced when it is viewed this way?
Yes, there is a fine balance between the inverted sea and sky, but the real cause is that objects further away appear smaller in size and flatter in terms of the depth between them.
Up until now, no one knew if this was due to rotating the retinal image or inverting the upper body.
Professor Atsuki Higashiyama got a total of 200 people to compare the perceived size and distance by viewing a scene from between their legs or by viewing the rotating scene with prism goggles in an upright or inverted body position.
It took 10 years to prove that the diminishing effect on perceived size and the flattening effect on perceived depth are caused by body inversion, but it earned Higashiyama an Ig Nobel Prize in 2016 for “making people laugh and then think.”
“Being awarded for research I didn’t think would be of use to anyone is a bit embarrassing, but it is important to do what you think is interesting, no matter what anyone else thinks.”
Higashiyama now wants to get astronauts in space to study visual perception through their legs.
There is no limit to his curiosity.

* Amanohashidate is one of Japan’s three most impressive scenic views in Kyoto prefecture.