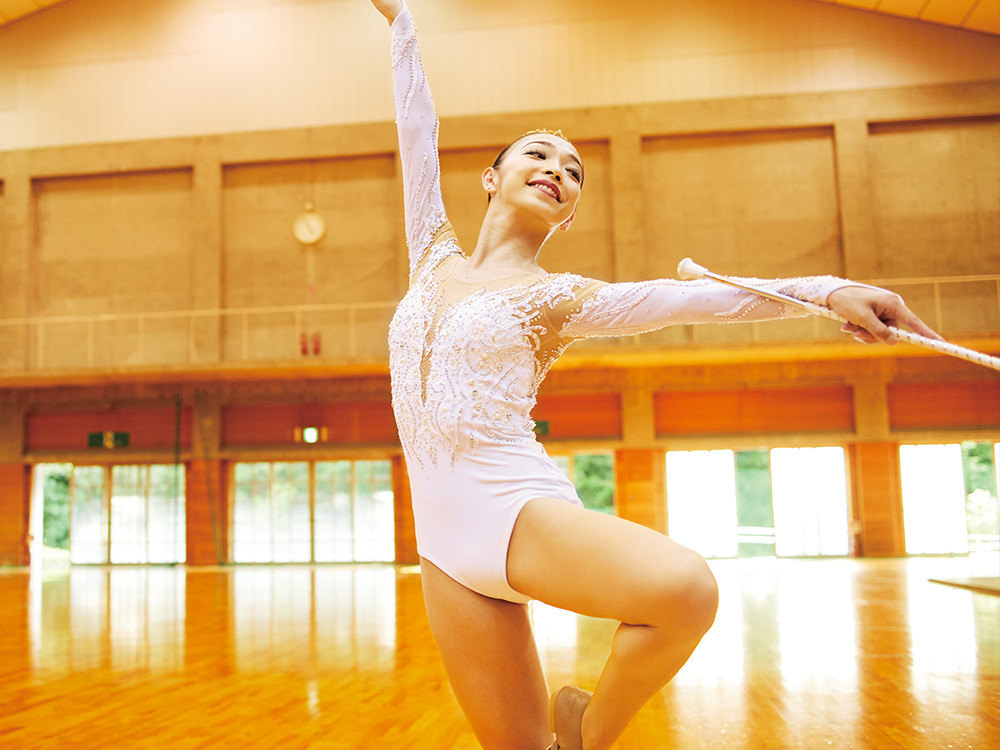 One Who Has Striven Most Earnestly
Can Perform Most Beautifully

The Baton Twirling Team, down to five members after the departure of the coach and others, was in danger of dissolution when Rei Kondo’s third year was about to start.
Assuming the captaincy to revive the team, she increased members to 11 by recruiting former twirlers on campus, but acted overzealously burdened with the captaincy and anxiety over the no-coach situation.
Entering Kansai regionals with low morale, the team failed to proceed to nationals.
Reflecting on her one-sided approach that disregarded the thoughts of new members with varying twirling levels and views, she held a team-wide meeting where the common goal of competing in nationals was set anew.
To increase motivation, she has broken the path to the goal into steps for the team to complete one by one.
She has also honed her twirling skills to serve as a role model for members.
Bound by a sense of unity, the team is expected to reach its goal this year.
“This difficult period has enabled me to broaden my perspective and grow personally,” she says.
Crowned national solo champion, she will compete in the late-August world championships.
That experience will help her realize the team’s dream of competing in nationals.