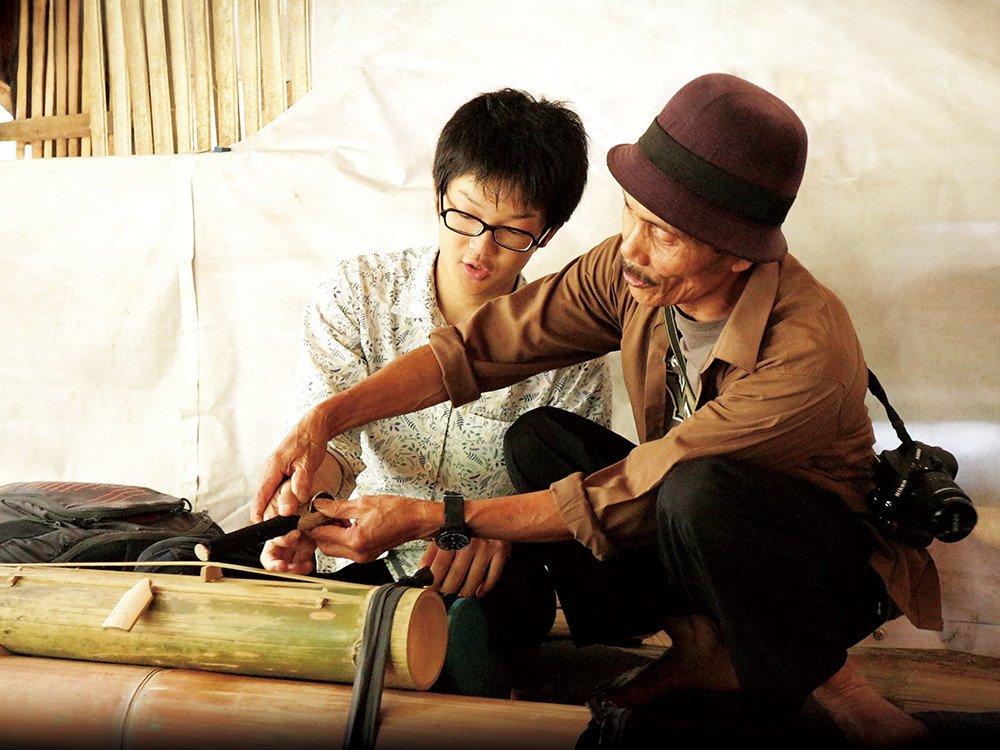 “I flew back to Indonesia within two months after returning to Japan.”
Mizutani and his university friend started a rice ball shop during their studies in Indonesia, but it wasn’t successful.
After finishing their program, they had both returned to Japan. Remote management didn’t work and the shop was on the verge of close-down.
Mizutani took a leave of absence to rebuild the business in Indonesia.
The shop was originally opened to introduce Japanese cooking, but the locals didn’t go for it. Despite all efforts, the shop was closed.
Not wanting to give up, he bought out his partner and planned a comeback.
Looking for an alternative, he found that Indonesians were interested in “rice omelet” served in Japanese “maid cafés”.
“Why not sell Japanese pop culture instead of cooking?”
Employing local staff, Mizutani launched a restaurant serving rice omelet with a heart-shaped decoration in ketchup.
He himself served customers as an expert on Japanese culture.
The restaurant soon attracted customers who were interested in Japan, including anime fans, and quickly became a success.
Mizutani says, laughing, “I’ve got this far because I didn’t give up.”
This success against all odds will surely be the basis of his next success.