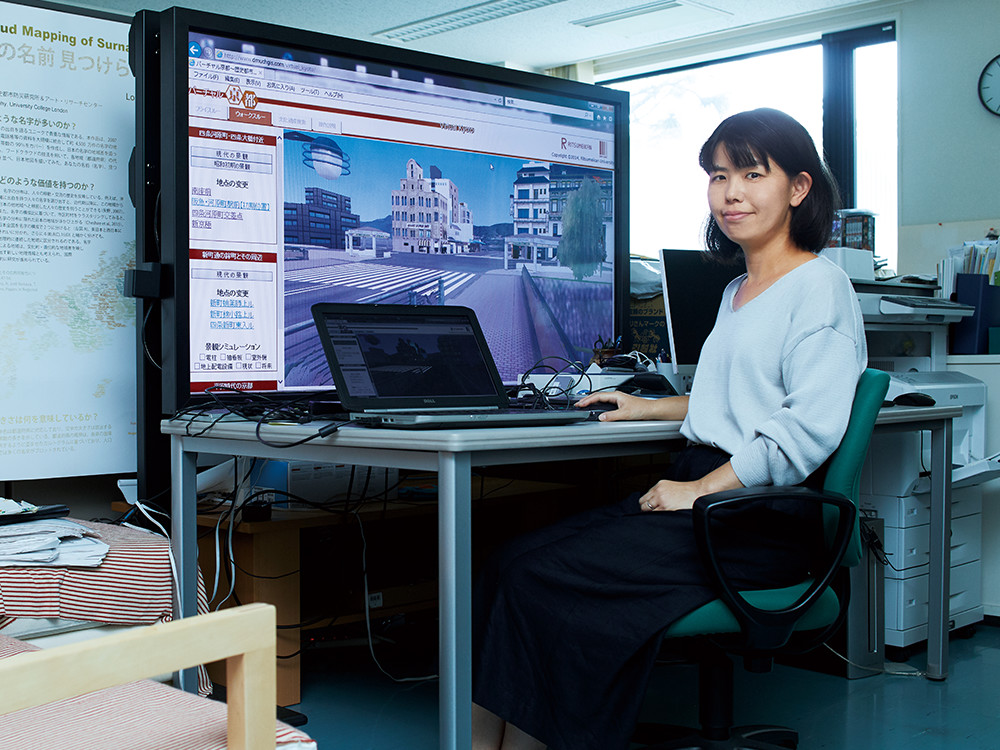 Laying history on a map
…The way forward?

“Kyoto is one of the cities where numerous maps still remain from prewar and postwar periods.”
However, the maps that were previously made available to the public were often illegible and hard to use. Associate Professor Kawasumi and her research team, scanned nearly 300 A2-sized maps before digitally integrating them to compose a single consistent map. The scale and distortion was corrected and the improved image was then overlaid onto a modern map by coordinate matching to create a unique digital map experience where users can compare how the landscape of the city has transitioned over time.
It is now available on the web.
“This map data has been used to create an app to guide people strolling around Kyoto,” says Professor Kawasumi enthusiastically, sharing how her work is being utilized.
But its usefulness goes further.
The map is also being used to develop hazard maps where areas at risk of flooding, earthquakes and landslide disasters are identified, by checking against locations with evidence of past disasters.
Knowing the past opens the door to the future after all.
They continue to build a next generation platform, something beyond just a map.