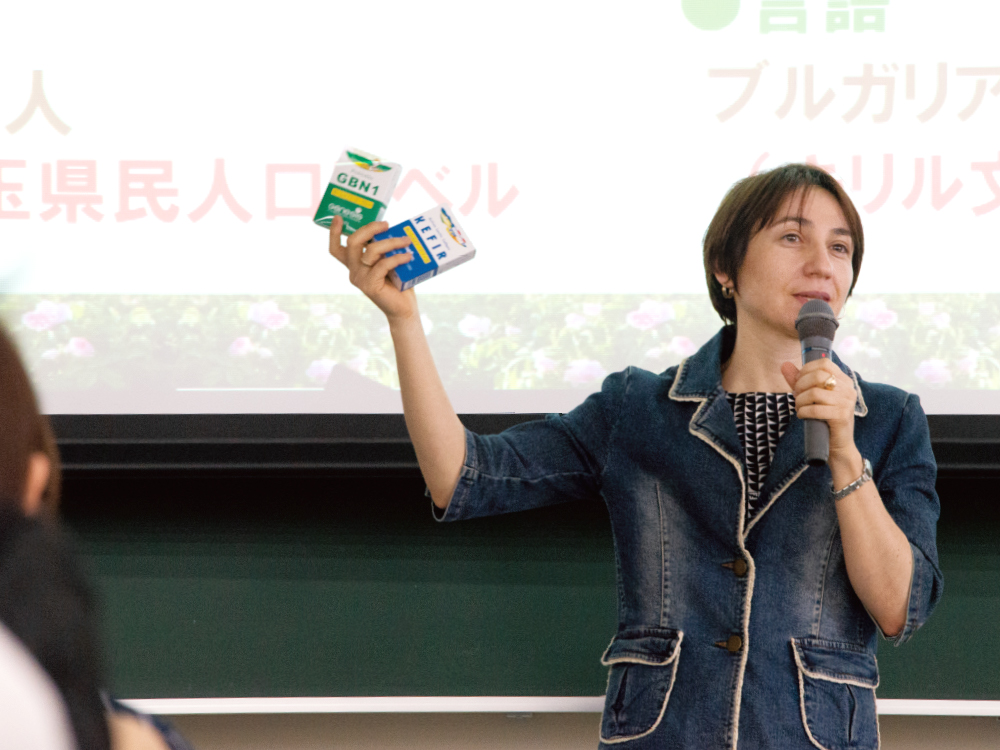 Brainstorm associations with ‘Bulgaria’, And the first reply ‘Yogurt!’ would oft be heard in Japan - Quickly followed by ‘idyllic countryside’ and ‘laid back lifestyle’.
Yet Ms. Yotova knew from the start this image of her homeland to be misleading
-  And so she delved, and she delved…
Until she found:
The result of a marketing strategy 20 years in the making.
As a researcher, and now Professor, she reflects upon the reality of Bulgaria when she arrived in Japan some 20 years earlier: high unemployment, low pay and corruption scandals in the wake of the fall of communism: A startling chasm apart from the image in Japan, and the focus of her research.
Which ultimately led her to a startling, symbiotic discovery: Bulgaria itself consciously following the Japanese image: yogurt as ‘A Daily Staple’, ‘A Healthy Choice’ – representative of the discovery of unique Bulgarian spores, and technological development with Japan!
A way forward, a means for Bulgaria to break the old, negative mold.
This, the result of interviews with stakeholders: policymakers, corporate executives, researchers, and yogurt makers, became the basis of a research paper published to high acclaim.
“The need to think about food in the light of a variety of influences from national policy to economics and beyond is great,” she says.
No doubt such a novel way of viewing food will lead to new perspectives of our world!