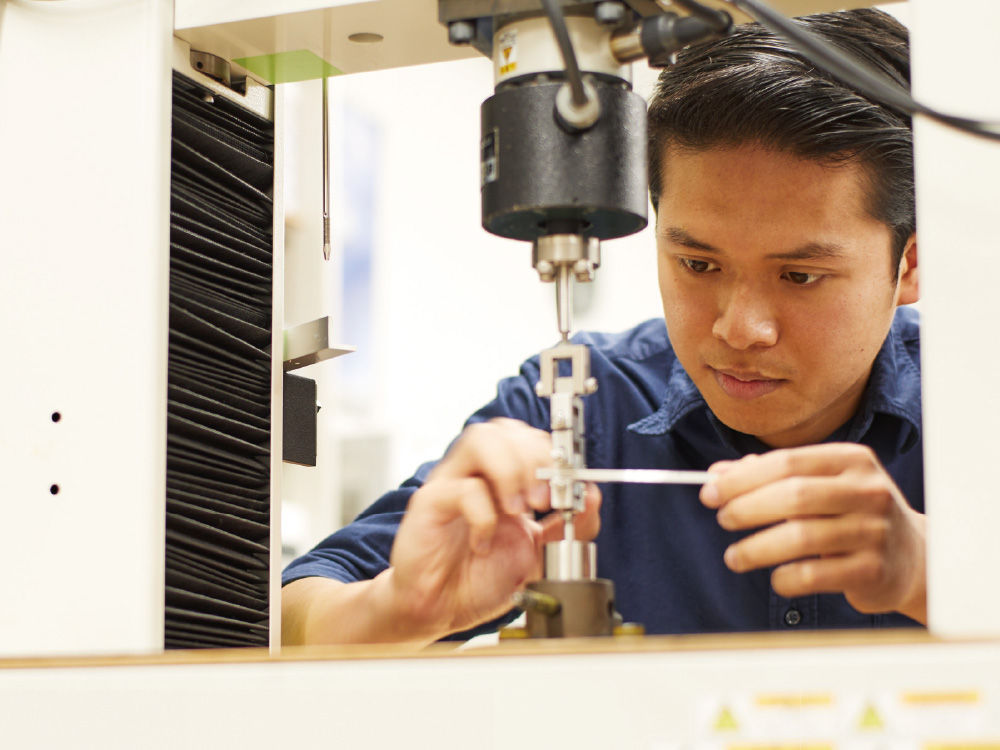 “When I was little, I used to play in my father’s used car dealership,”
recounts Azrul.
It was the first dealership in a rural town, so business was brisk.
Despite being young, he experienced first-hand
just how much people depend on cars in their daily lives.
Malaysia, until recenty, was the only Southeast Asian country with domestic automakers.
In studying the automobile industry,
Azrul learned how Malaysia's popular domestic cars came to be produced in
cooperation with Japanese companies.
He decided to study abroad in Japan so he could learn Japanese automobile technology.
His research focused on dynamics, seeking out lighter and sturdier materials.
Based on his work in the lab and sheer enthusiasm, he was hired
this April to work for a Japanese automaker with a partnership in Malaysia.
Speaking of opportunities ahead, Azrul is ambitious: “I plan to master
the technology so I can make a contribution to Malaysia's automobile industry”.
In the not distant future, it seems likely that Malaysia too,
will be producing cars for people around the world.