Tabata training is a high-intensity, intermittent exercise training strongly recommended by a great number of world-famous athletes. The training protocol, involving intense exercise for 20 seconds, followed by 10-second pause and repetition of the sets 8 times for 4 minutes, was named after Izumi Tabata, who introduced the method with two scientific papers published by him and his team in late 1990s. But why has this simple and short-time training acquired this considerable support? Why does it work? Are there any specific athletic events that particularly benefit from Tabata training?

Tabata answers these questions. “Tabata training is effective for improving both aerobic and anaerobic energy supply systems of the body almost maximally and simultaneously. This is the unique benefit that other training protocols cannot offer. The protocol is simple enough to be applied to many sports, especially those in which players get exhausted after a moderate playing time of 2–10 minutes." 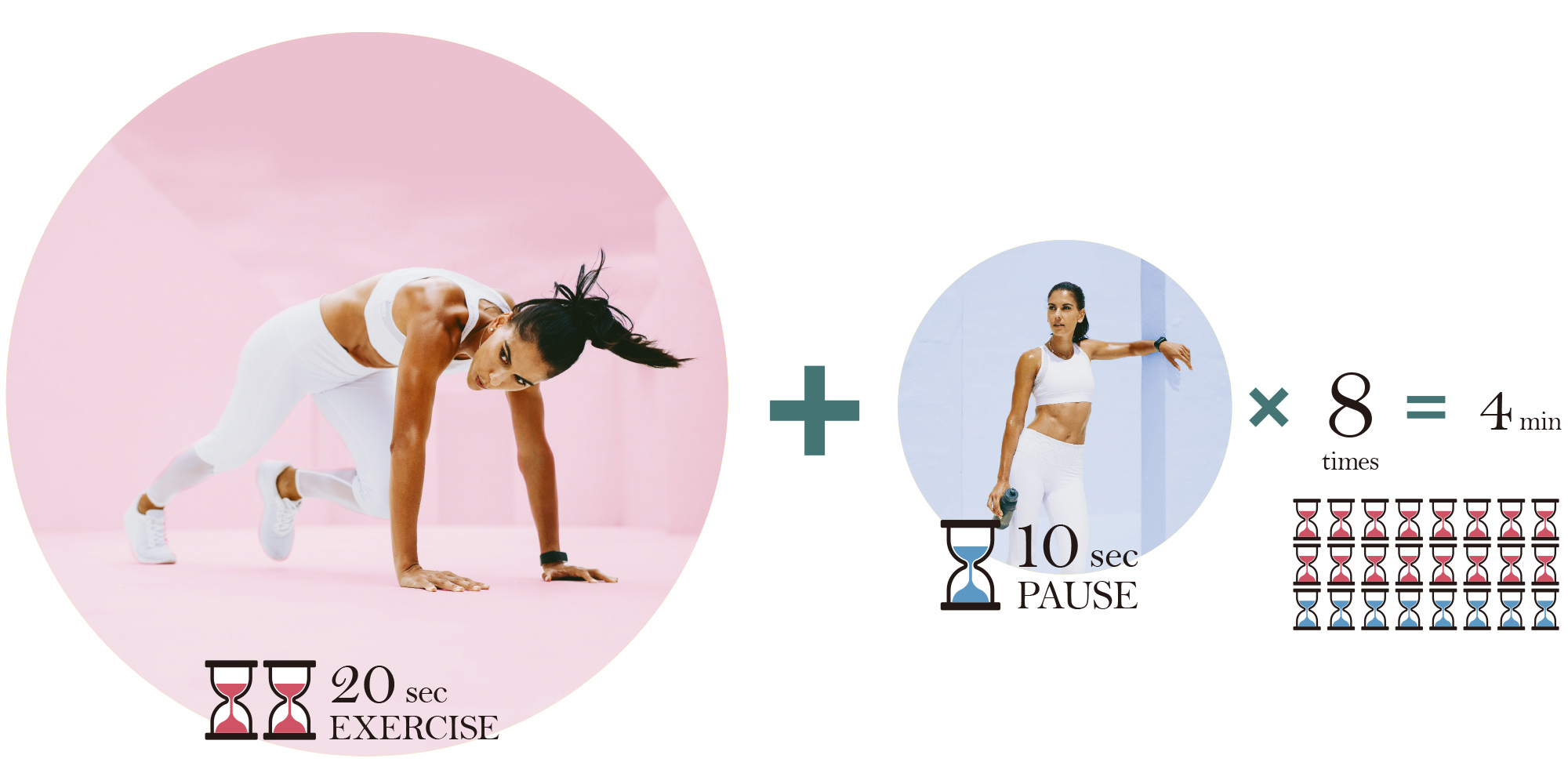 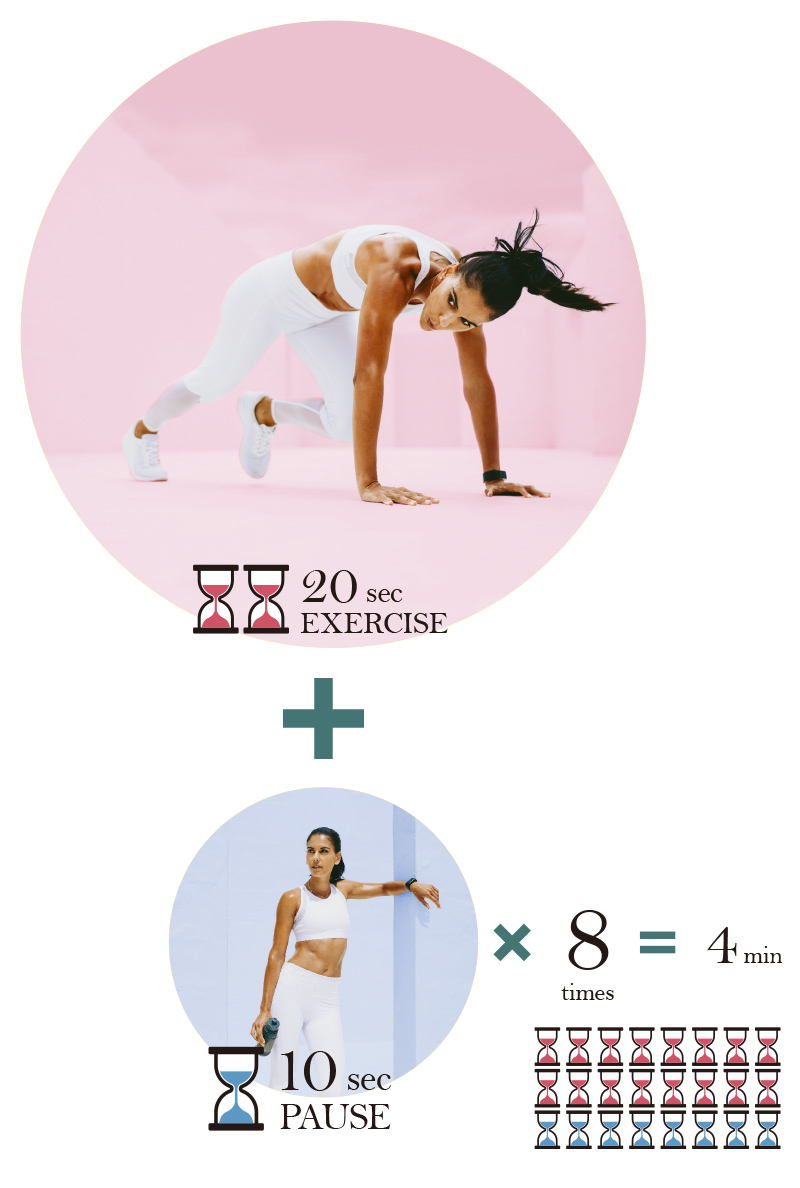 “One of the most energetically effective high-intensity intermittent training methods”

The story of how Tabata training was born begins in the 1980s, when Tabata served as a visiting scientist at the Institute of Muscle Physiology in Oslo, Norway. “My studies in exercise physiology began with learning how to measure and evaluate the anaerobic energy-releasing system of human skeletal muscles," Tabata recalls. "Human skeletal muscle has two energy-releasing systems, an aerobic system that uses reactions of oxygen with carbohydrate and lipids to produce energy, and an anaerobic system that uses creatine phosphate or glycogen to produce energy in the absence of oxygen. Generally, during low-intensity exercise, the aerobic energy system supplies more energy than the anaerobic one, while during high-intensity exercise, the anaerobic system dominates."

The energy release of the aerobic energy-releasing system can be easily evaluated by measuring oxygen uptake using certain techniques like the Douglas Bag testing method. However, since anaerobic energy release takes place in skeletal muscles, it is difficult to measure the release of this energy during exercise. Magnetic resonance imaging is one method that allows us to measure this, based on the increase of muscle area post-training. Alternatively, analyzing tissue samples from human muscle can also measure anaerobic energy. Tabata allegedly has 20 holes in his thigh muscle from where he took 3–4 mg muscle tissue each with a biopsy needle following anesthesia. Using those samples, he studied the changes in concentration of muscle metabolites including ATP (adenosine triphosphate, which acts like currency between skeletal muscles and energy-producing biochemical factories in muscle somatic cells.) However, these methods did not enable Tabata to directly measure the energy supply from the anaerobic energy-releasing system.

While in Oslo, Tabata learned valuable lessons from the late Dr. Lar Hermansen, who had just completed his life-long research on anaerobic capacity (energy release), through a principle he termed as maximal oxygen deficit. Tabata explains that during low-(or submaximal) intensity exercise, oxygen uptake gradually increases and reaches a steady level within 1–2 minutes. This level, called oxygen demand, is the standard energy consumption for the specific exercise. During the initial stages of exercise, the oxygen demand remains the same, but oxygen uptake has not yet reached its maximum. Thus, the demand is supplied from anaerobic releasing system. The amount of anaerobically supplied energy is called oxygen deficit, calculated as the difference between accumulated oxygen demand and accumulated oxygen uptake. "This knowledge gives us a technical advantage,” suggests Tabata. “We can now evaluate anaerobic energy release without using the invasive biopsy technique.” 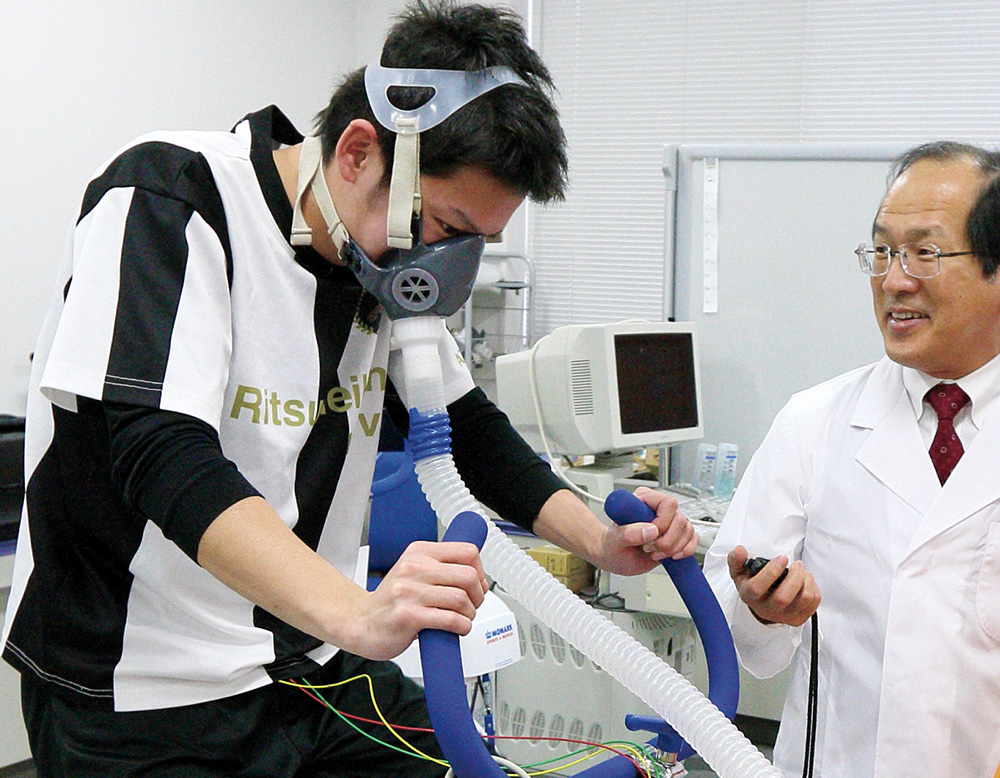 While in Oslo, Tabata shared a dormitory with Mr. Koichi Irisawa, who once trained Akira Kuroiwa, a speed skater who represented Japan in the Winter Olympic games of 1984 and 1988. Irisawa was dispatched to Oslo by the Japan Sports Association to coach the Norwegian Skating Foundation just after Kuroiwa placed 10th in men's 500 m speed skating. Tabata and Irisawa often discussed the metabolic characteristics of speed skating. After a yearlong stay in Oslo, Irisawa returned to Japan and was appointed as the head coach of the Japanese Speed Skating Team. “He recommended my appointment as a fitness coach for the team, and I joined the training camp for skaters in 1990,” Tabata recalls. “The camp was a bit different from those for other sports. During the three-day program for junior-high and senior-high school skaters, there were lots of lectures on exercise physiology, sports biomechanics, nutrition, endocrinology and even sociology. There was only one class in which the skaters used their bodies. It was a training class, and to my great surprise, I found my name on a bulletin board informing the skaters that I would be the training coach for them. I was born in southern Japan where there is no ice even in winter, and I had very little experience in skating, much less in show training!"

Puzzled, Tabata had no choice but to ask Irisawa what he should teach his new students. Since Irisawa had brought up many Olympian skaters including Akira Kurosawa, Tabata believed that it would be appropriate to introduce Irisawa’s training protocols to young skaters.

Several weeks after he had introduced those 2 training protocols to junior skaters, another camp was planned for senior speed skaters, where Tabata was once again appointed, much against his wishes. “Since senior skaters and their coaches had to be motivated to win gold medals at the Olympics and have more knowledge about training, I wanted to prepare a theoretical argument as to why I believed in those protocols before introducing them. That was why I decided to analyze them at my laboratory,” Tabata explains. “During the first sets of both IE1 and IE2 trainings, oxygen uptake does not immediately increase, and anaerobic energy release contributes 70–80% of the total energy requirement. However, with IE1, oxygen uptake increases during high-intensity exercise and finally reaches the subjects’ maximal oxygen consumption (called VO2 max in technical terms) during the last set, which indicates that IE1 has focuses on both aerobic and anaerobic energy-releasing systems. On the contrary, IE2 does not elevate oxygen uptake to the level of VO2 max, suggesting that this protocol does not maximally stress the aerobic energy releasing system.”

“I also tried to calculate the oxygen deficit during each exercise,” Tabata elaborates further, “and the calculations revealed that accumulated oxygen deficit of IE1 was equal to the subjects’ maximal oxygen deficit, which is a measure for anaerobic energy release. Thus, IE1 appeared to maximally stress the anaerobic energy system as well. With this empirical evidence, I was now able to confidently teach only IE1 to senior skaters like a real coach.” 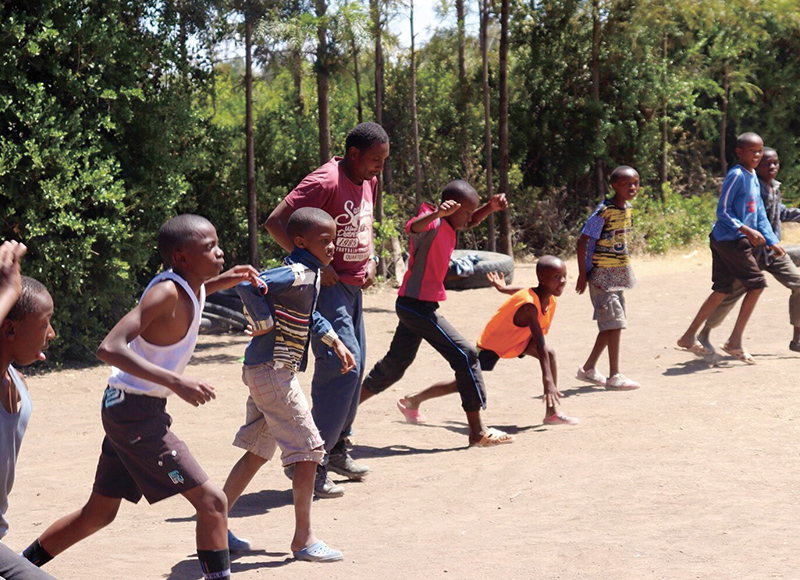 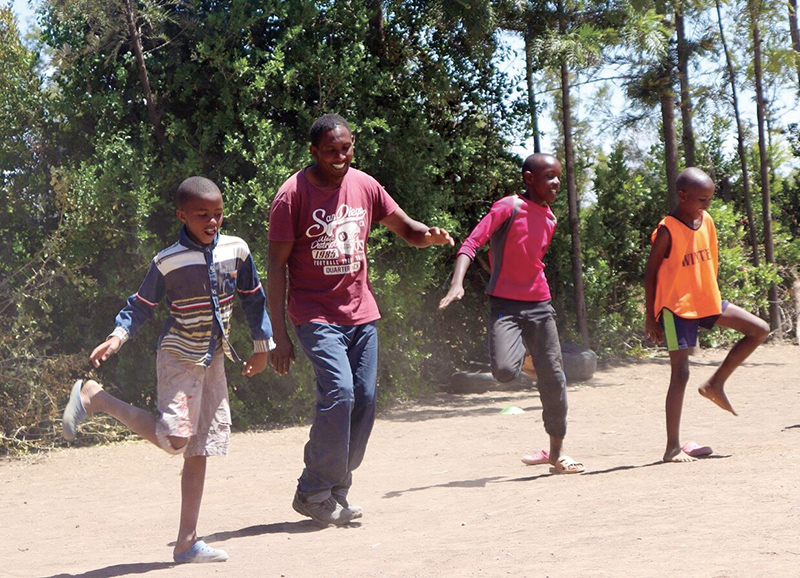 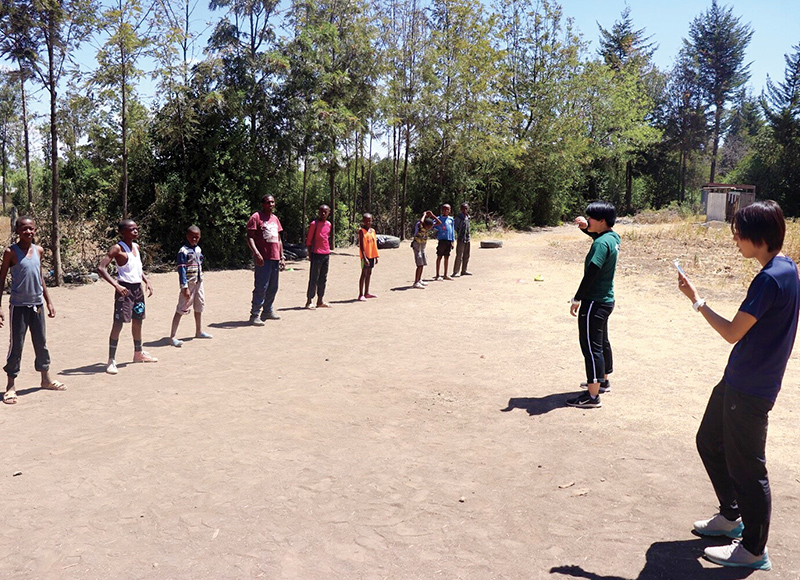 Primary school children in Kenya perform Tabata training under instruction of a student who belongs to Faculty of Sport and Health Science, Ritsumeikan University

Tabata admits that the idea of recurrent training through several short sets of high-intensity exercise with rests in between was not new. Interval training, a series of high-intensity running interspersed with slow jogging, was a technique popularized by the Czech runner Emil Zátopek, who won gold medals for the 5000 and 10000 m runs, as well as the marathon, at the 1952 Helsinki Olympic games. However, since Tabata’s team used bicycle ergometers and allowed subjects to rest between bouts of high-intensity workouts, he called his protocol intermittent training, and it later came to be known simply as Tabata training or Tabata protocol by readers of his scientific papers that reported and evaluated this protocol in 1996 and 1997.

Although Tabata had expected his evaluation to become popular enough to appear on textbooks of exercise physiology, because of the exhausting nature of Tabata training, he had never imagined that it would become famous among an audience ranging from athletes to general training enthusiasts. Now, he guesses that the scientific backing and simplicity of the protocol might have attracted this wide-ranging audience. However, it does sadden him that once the protocol became famous, false information and rumors about it also began to spread. “One typical rumor is about fat burning,” Tabata points out. “High-intensity exercise consumes glycogen, not lipids. As a scientist, my mission is to dispel these misunderstandings."

In recent years, Tabata has continued to work on delivering scientific evidence regarding high-intensity intermittent exercises and has presented novel benefits of Tabata training in people with major diseases like diabetes and colorectal cancers. “I already have several findings of experiments on rats that indicate that Tabata training helps lower blood sugar levels. Also, there are some publications by other researchers reporting that high-intensity training causes skeletal muscles to release myokine, which has anti-cancer properties.”

As the interview concludes, Tabata voices his aspirations. “I want to formulate my own Tabata training protocol, different from the one I evaluated, which was originally invented by Mr. Irisawa. I would like to continue to contribute both to sports and public health until the end of my research career.” 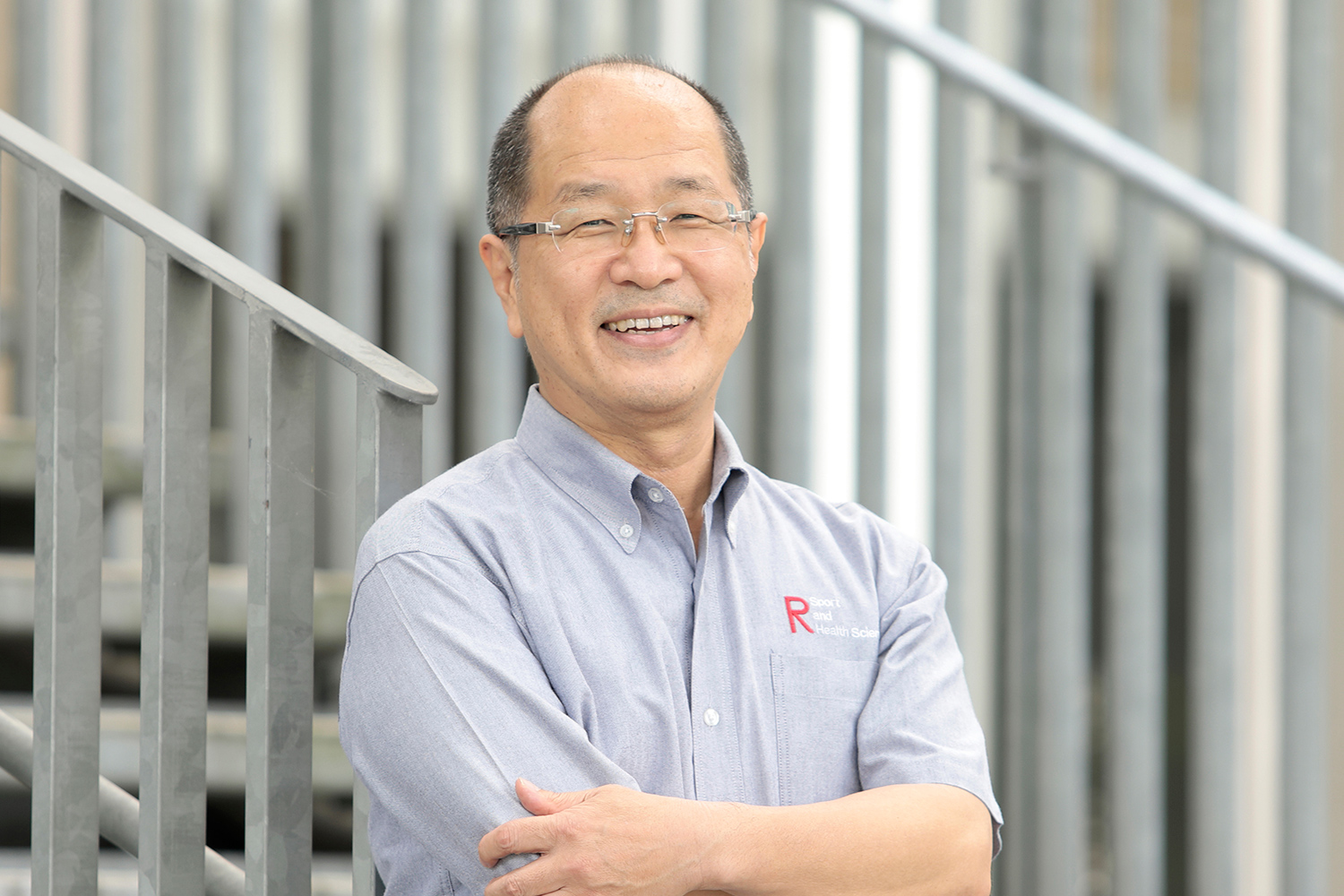 *The interview for the article was conducted in March 2020. 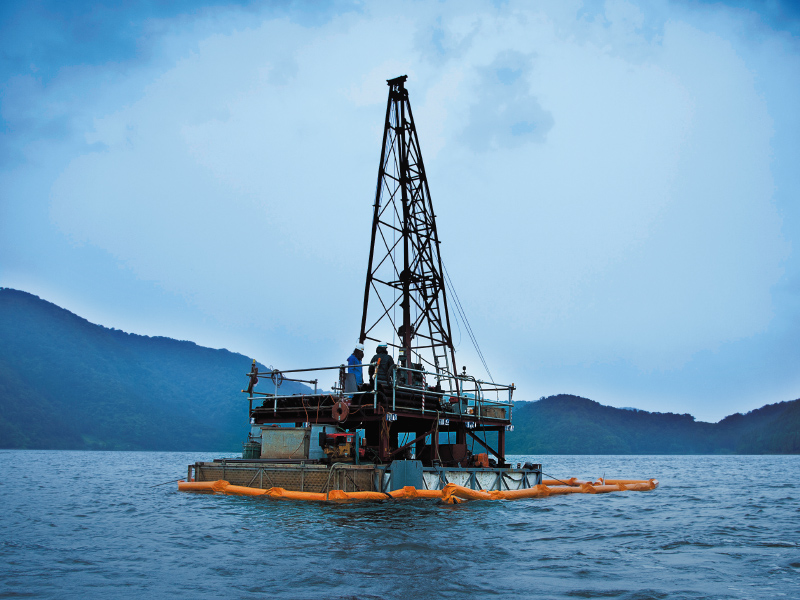 Counting 70,000 Layers of Lacustrine Sediment to Obtain a Calibration Curve for Radiocarbon Dating 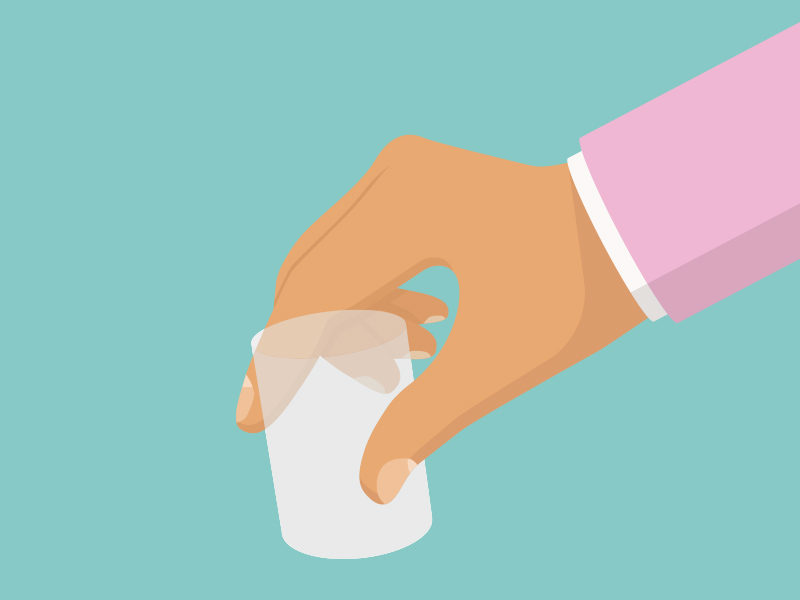 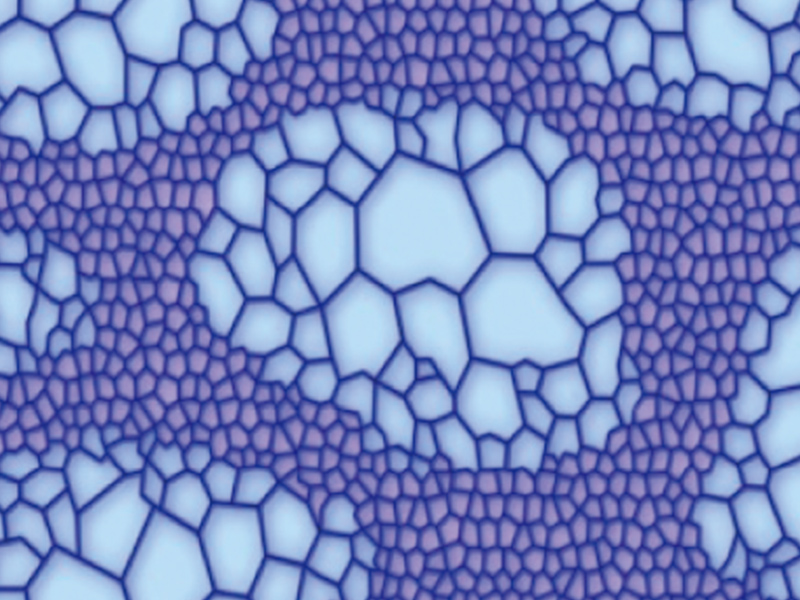 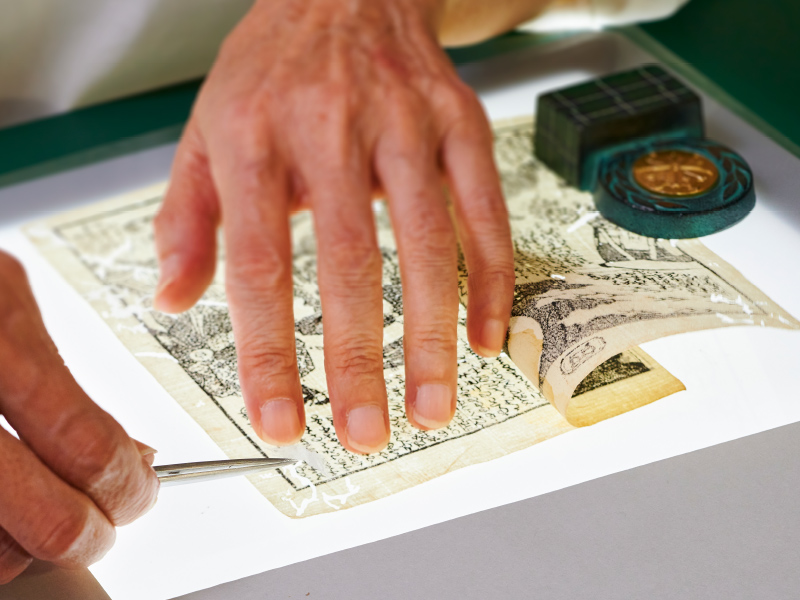 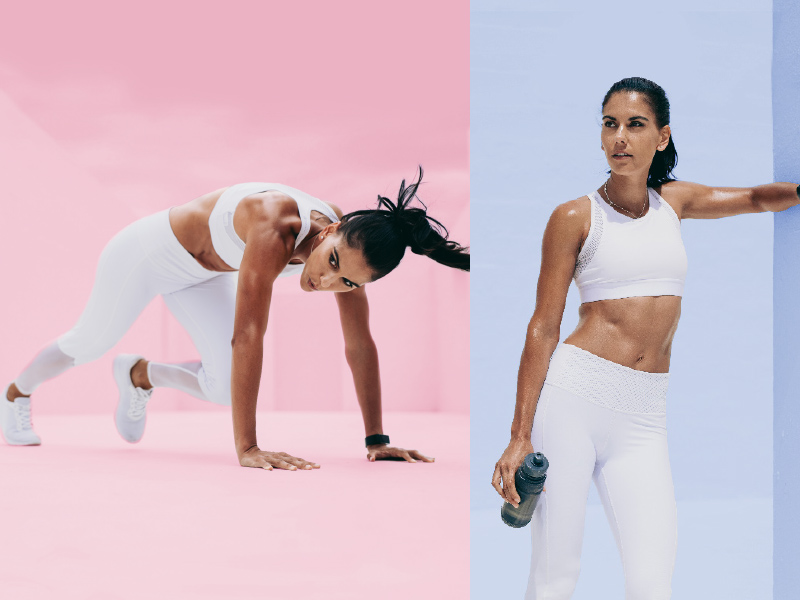 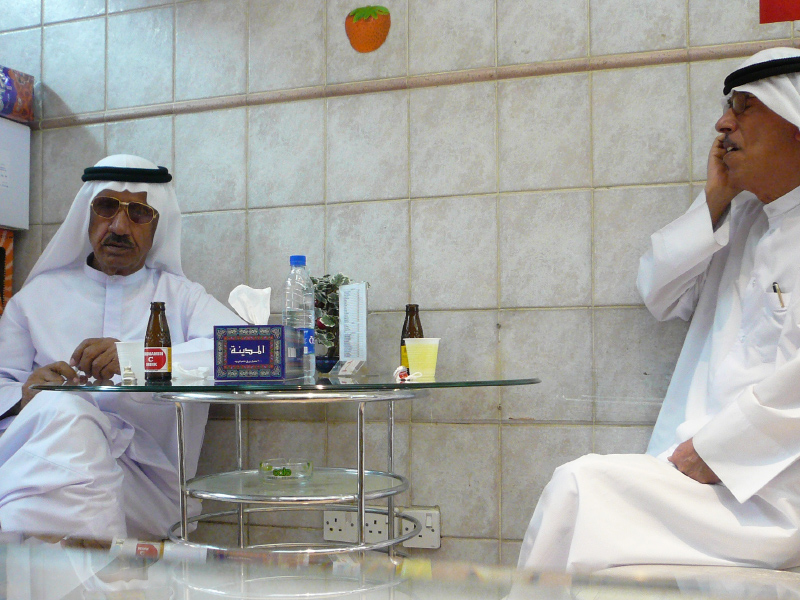