Professor, Research Organization of Science and Technology,
Director of Research Centre for Palaeoclimatology

Climate changes that are analogous to those of 15,000 years ago are happening in the 21st century

Some scientists argue that the earth's temperature will rise by almost 5 degrees at most over the next 100 years. "Some say that such dramatic warming is not realistic, but it cannot be ruled out," says Takeshi Nakagawa, Director of the Research Centre for Palaeoclimatology. "Approximately 11,700 years ago, when the ice age was about to end, temperatures rose by 5 to 7°C in Greenland over the space of only a few years."

"Sometimes understanding the changes in climate that occurred in the past provides wisdom that is more beneficial for predicting future climate changes than modern climatology," Nakagawa says. However, how can we obtain knowledge of ancient climate changes? Nakagawa is well known worldwide for having developed a highly effective timescale to enable this, i.e. using annually laminated sediments, or ‘varves’ in a term of geology, dug from the bottom of Lake Suigetsu, one of the Five Lakes of Mikata in Fukui Prefecture, Japan. 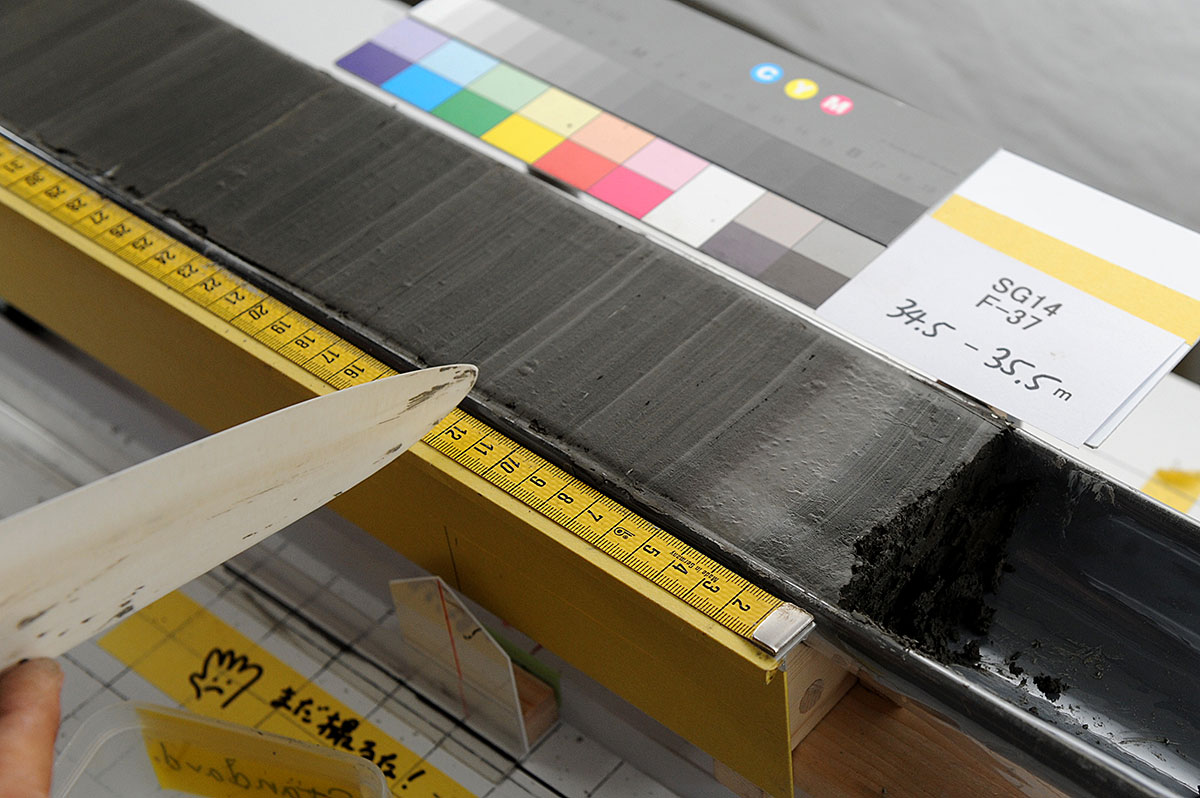 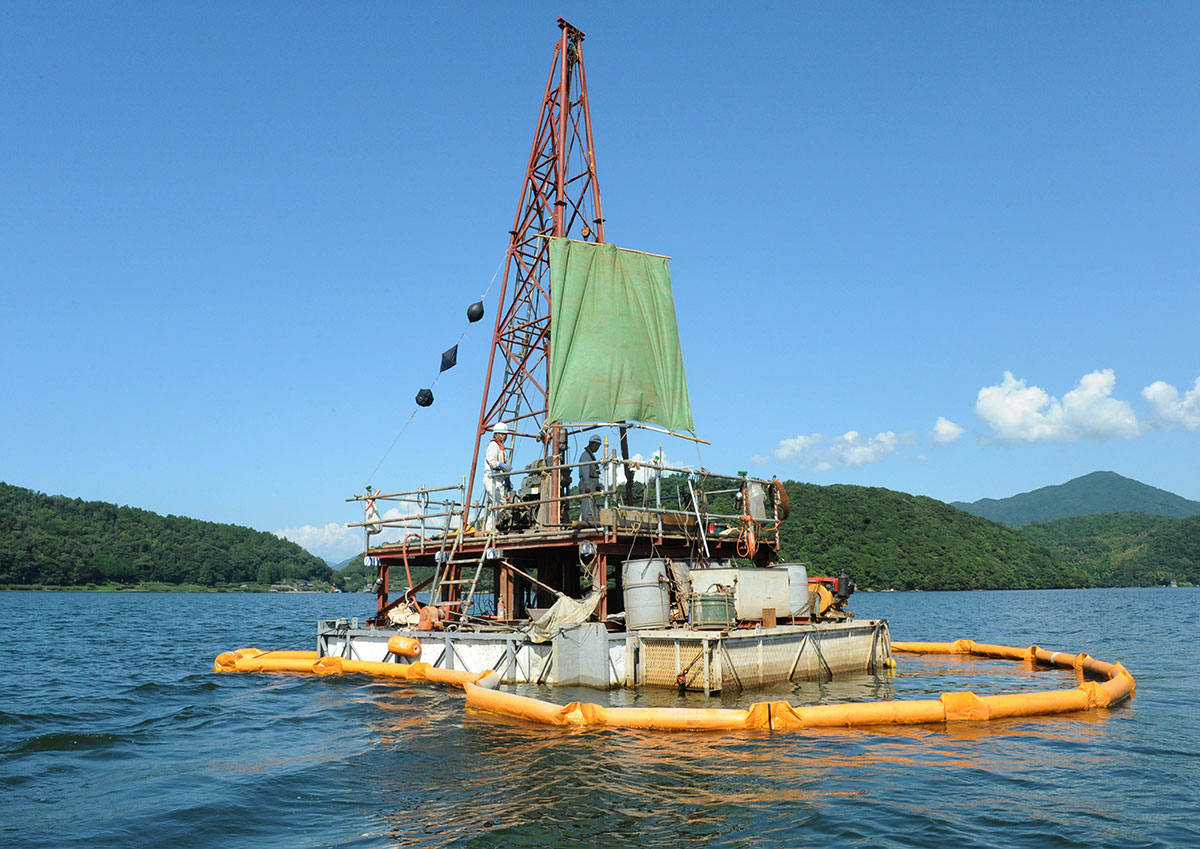 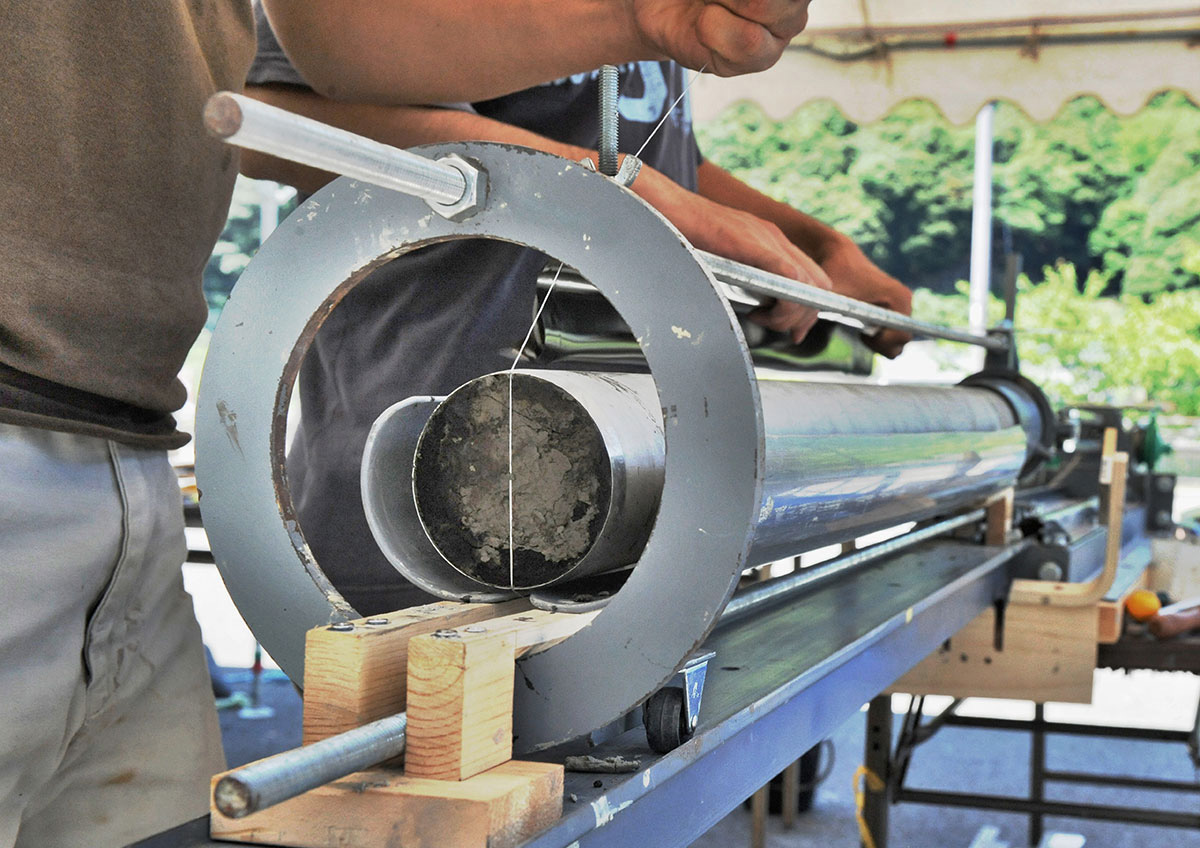 Every season, different type of sediment deposited at the bottom of the lake form layers in stripe patterns. Varves are like a history book of nature created over the passage of time. Lake Suigetsu does not have any large rivers flowing into it from the surrounding area. It is a deep water lake and has no living organisms at the bottom. With this set of favorable conditions, sediment accumulates without being disturbed and forms very fine varves. In a previous surveys, Nakagawa collected sediment from the bottom of the lake 95m deep, which is equivalent to about 200,000 years. In 2012, these ideal varves were adopted as the global standard for dating geological and historical relics and were ratified by the international research group, IntCal. In this way, it was recognized around the world as a timescale to identify times in the past.

Apart from the varves of Lake Suigetsu, there are a few other highly reliable timescales available, including ice core recovered from the Greenland ice sheets and stalagmites in a limestone cave in China. Over the years, Nakagawa has heralded a target of "establishing a timescale comparable to that from Greenland."
"For people involved in researching the climate changes of the past, Greenland's ice core has enormous authority," Nakagawa says. "However, depending on the timescale of just one location lacks a degree of academic persuasiveness. By having a scale with a level of precision comparable to that of Greenland, we can make many more things clearer than ever."

In the case of the varves of Lake Suigetsu, the uncertainty given to the ‘10,000 years ago’ is only ±29 years. Compared with conventional models that have uncertainties on the order of hundreds of years, such precision is outstanding. There is little doubt that as an overwhelmingly high precision timescale, the varves of Lake Suigetsu have emphasized their importance. 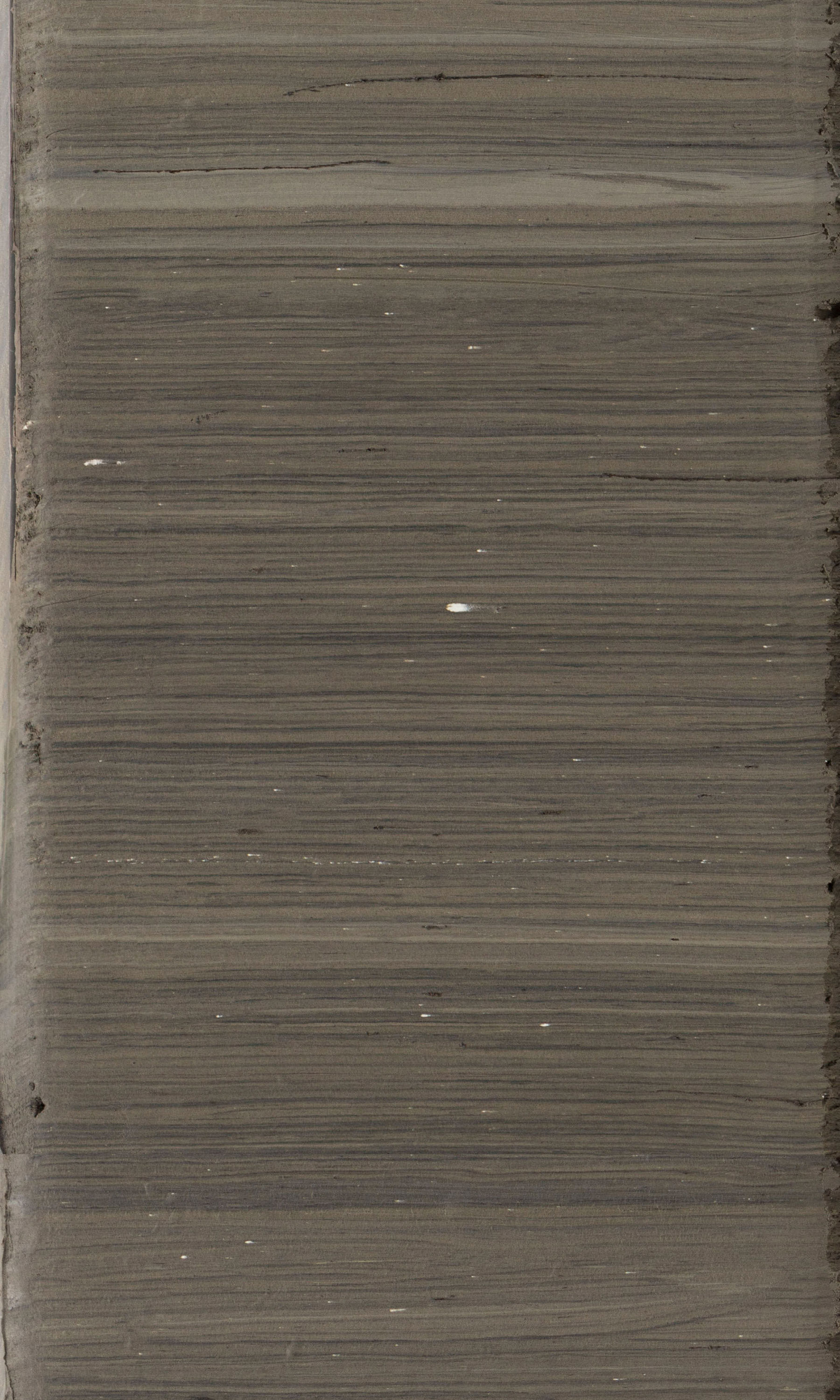 [Varve] A layer that corresponds to one calendar year is formed as a set of whitish and blackish seasonal layers. The thickness of one annual layer is 0.6 or 0.7mm. Irregular stripes represent natural disasters such as earthquakes, eruptions or flooding. By studying the radioactive carbon, pollen and many other microscopic objects included in the layer of each year in detail, researchers can obtain a wide range of information, such as ancient climate and temperature fluctuations.

Nakagawa says, "Our target is not simply to create a timescale, but to use it to elucidate the climate changes of different regions and ages."
One year’s varve is only 0.6 to 0.7mm thick. Radiocarbon (14C) datings were carried out to the leaf fossils included in the varves. Natural disasters such as volcanic eruptions, earthquakes or typhoons are detected by traces of volcanic ash or particular sediment compositions and structures. Past climate changes can be reconstructed from pollen fossils or sediment’s chemical compositions.

Nakagawa pays attention to warming events that took place towards the end of the ice age. Analyzing the Greenland ice cores reveal that in Greenland, a dramatic temperature rise occurred 14,700 years ago, and after a slight drop, the temperature suddenly rose again 11,650 years ago. On the contrary, according to its varves, Lake Suigetsu shows a temperature rise curve different from Greenland. Warming started about 15,000 years ago, nearly 300 years earlier than Greenland. Therefore, warming did not necessarily occur simultaneously around the world. Nakagawa's discovery has made a great impact on the world. 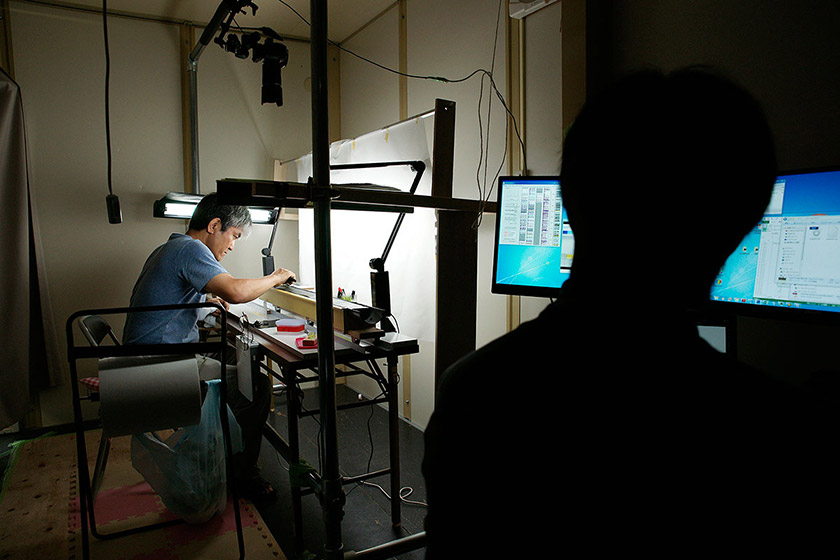 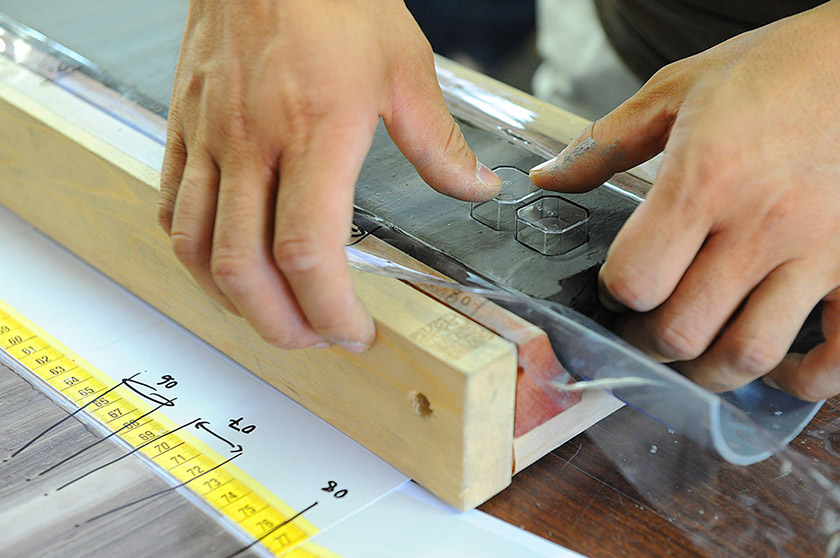 It is interesting to reveal links between phenomena taking place far away in outer space and the earth's climate through varves. 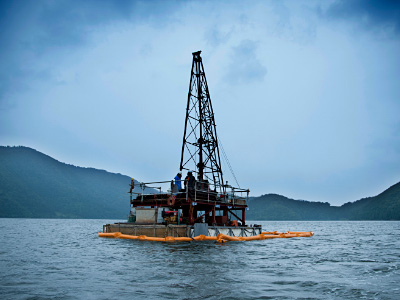 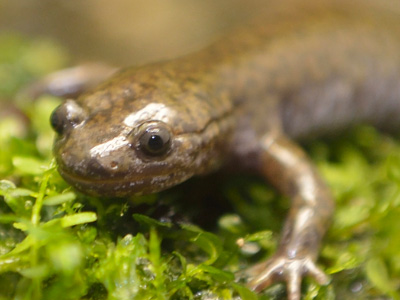 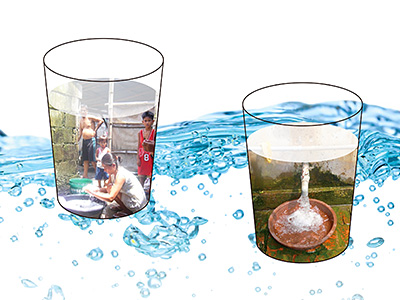 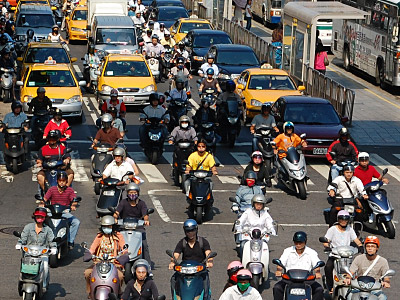 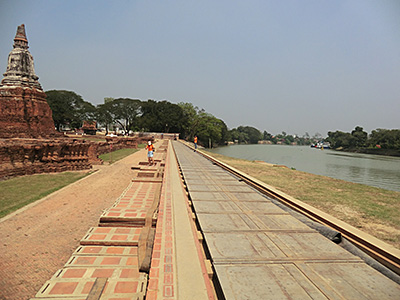