How should we live alongside disasters?
The View from an "Ars Vivendi" stance

About five years have already passed since the Great East Japan Earthquake when a large-scale earthquake and tsunami hit the Tohoku region on March 11, 2011. Since then, a large number of research projects and other forms of support associated with the earthquake have been made in every field of academia. Shinya Tateiwa and Yoko Yamada have approached the massive earthquake from a new academic field of Ars Vivendi (Forms of Human Life and Survival). 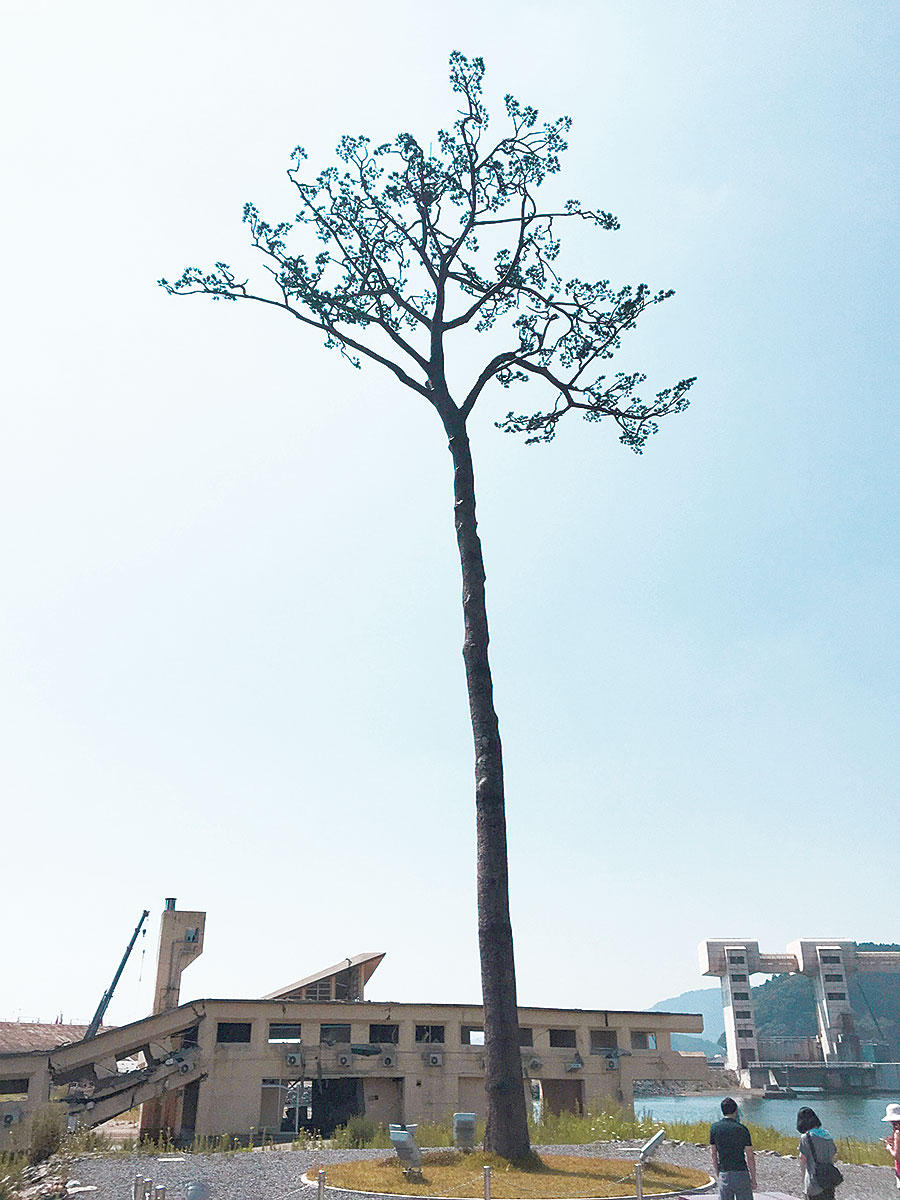 When the Great East Japan Earthquake struck, general news outlets and newspapers rarely reported on the situations faced by people considered to be minorities among the minority who were victims, those with disabilities, illnesses, aging problems and a variety of other differences, in the affected areas, or what they wanted and needed. For this reason, thinking along the lines of "even if we are far away, let's do what we can do," graduate school students, etc., associated with the Research Center for Ars Vivendi, Ritsumeikan University started by collecting information on people who had disabilities or illnesses and published it on a website immediately after the earthquake. For example, if these people could not properly use a generator or batteries during a blackout, they could not use an artificial respirator, and therefore some people could die as a result. The information that those people needed existed to a lesser extent than the general disaster information, but it was still available via the Internet. This was very different from the Great Hanshin/Awaji Earthquake. Graduate school students summed up the needed information on their website. In conjunction with this activity, there were graduate students and researchers who recorded how disabled or ill people were living in the affected areas and the kind of people that took action on their behalf.

Through a wide variety of activities and support, many people participated who were involved with movements and actions since the Great Hanshin/Awaji Earthquake and even further back to the 1970s. Such connections to the past functioned well, and people from Kansai promptly went to the affected areas and started organizing activities from an early stage. Also, it led to economic support through a fund that was established as a result of the Great Hanshin/Awaji Earthquake. Tateiwa points out, "I think there is a role for researchers such as us to record these facts and let many people know about them." 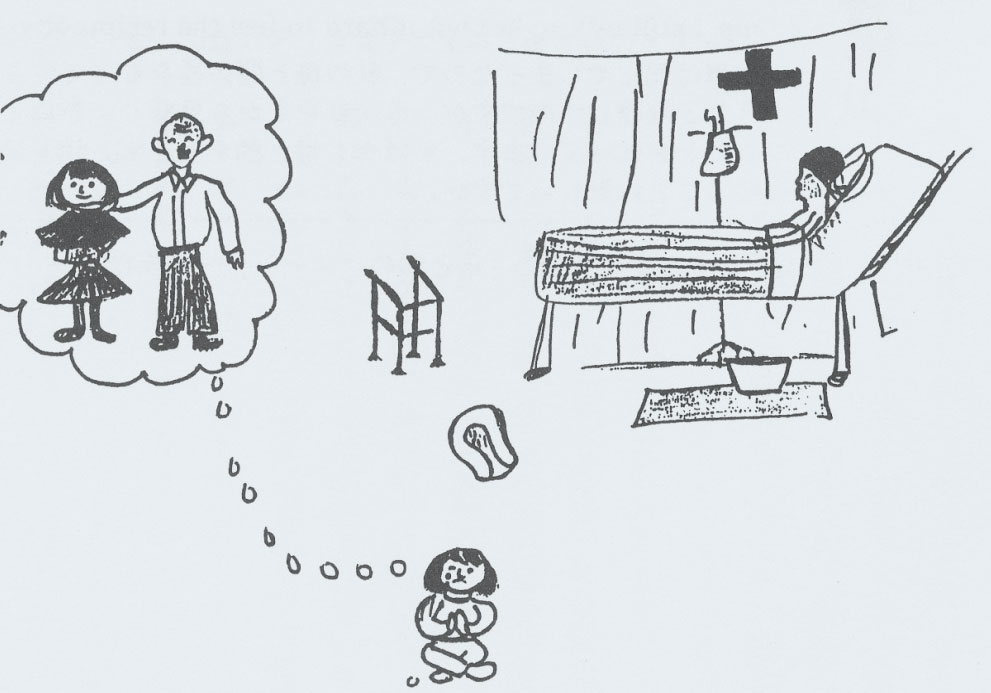 An image retold through a narrative approach "An image of my mother and I/ Female, 20 years old"

At the same time, Yamada, majoring in psychology, while working at the Research Center for Ars Vivendi, Ritsumeikan University with Tateiwa, has been pursuing the question of "How to live a life?" through a narrative approach. Everyone encounters certain negative events, such as an illness, accident, disaster or death that cannot be recovered in life. Yamada says that the power of a narrative lies in helping people to compromise with an overwhelming loss or a negative experience like the Great East Japan Earthquake and to look towards the future. The fact that the negative event has occurred cannot be changed, but by retelling it, it can be changed into narratives of hope. Yamada has heard many narratives of hope from victims of the disaster. "There is the story from a daughter who had the experience in which she lost her grip on her father's hand, and her father died after being carried away by the waves," Yamada says. "From retelling this story with a narrative of self-reproach, 'Why did I lose my grip on his hand?' and then to 'At the moment I lost the grip, he cried, "Don't come with me!" and disappeared into the waves. I believe it was a cry telling me to survive.' She could then accept the death of her father and believe 'I should live for my father.' Therefore, in this way she changed her story into a story of hope."

Yamada has also analyzed many of these narratives and has found a sentence structure leading to hope that is common in the stories. This structure is of "no, but, yes." For example, "All the shops are closed, and no traffic lights are working, but people are helping each other, saying, 'after you' to each other," or "I lost my husband, but I was able to locate his body." Like these examples, a negative fact is converted with a "but" into something positive however small it may be. Narratives to convert a "no" to a "yes" can be a source of recovery for affected people and can also be a story generated jointly that moves many more people's hearts together.

Although his approach is different from Yamada's, Tateiwa has also continued his studies that depend upon the power of words. "Words rich with impatience, anger or sorrow can move people much more than an excellent research thesis. Investigating and analyzing facts cannot compensate any of the losses victims have, but I want to record such losses from the viewpoint of the people involved."

An image retold through a narrative approach "An image of my mother and I / Male, 70 years old" 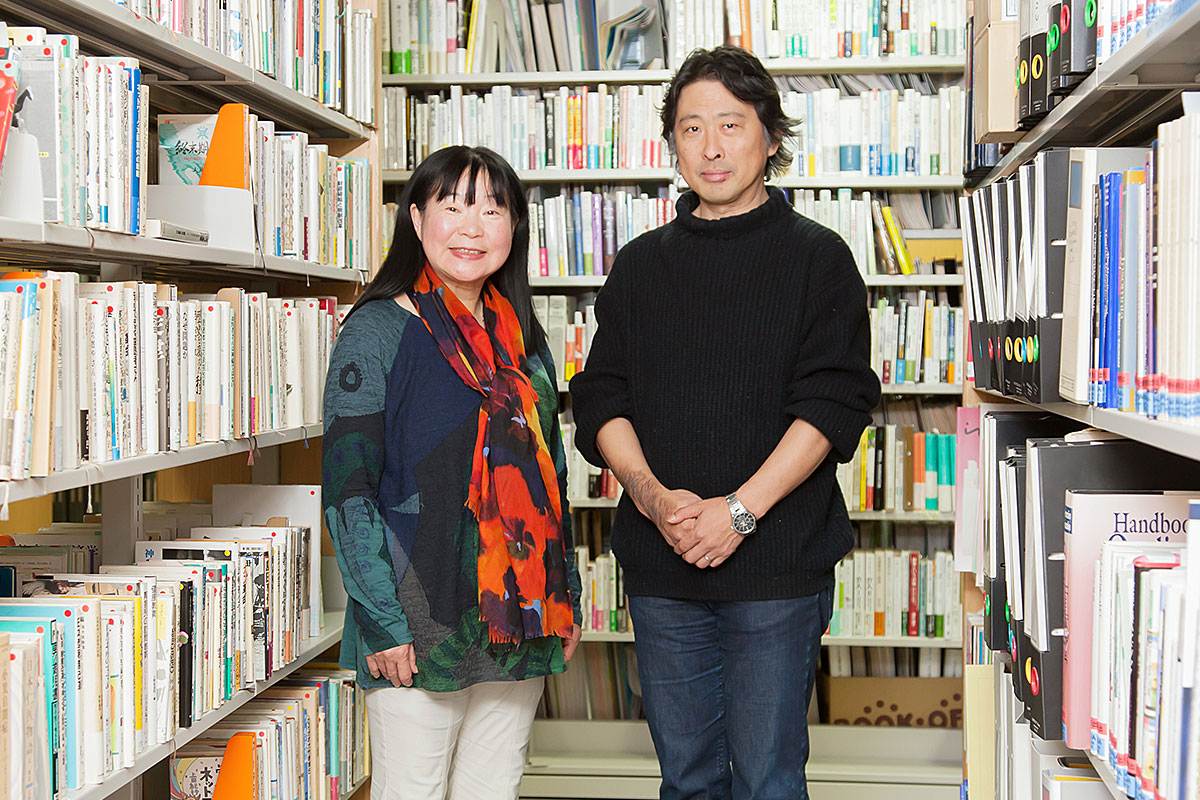 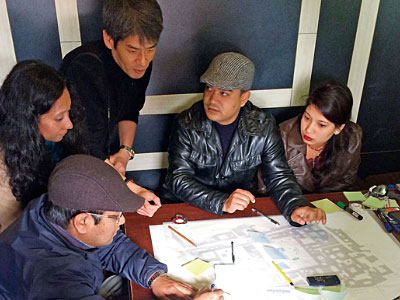 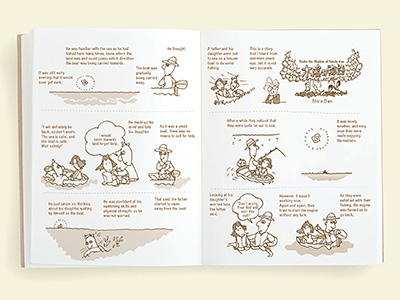 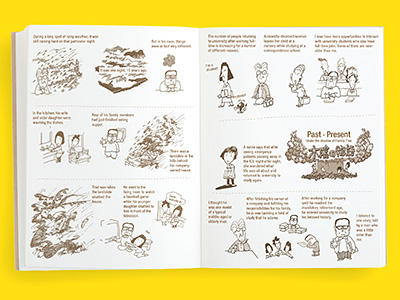 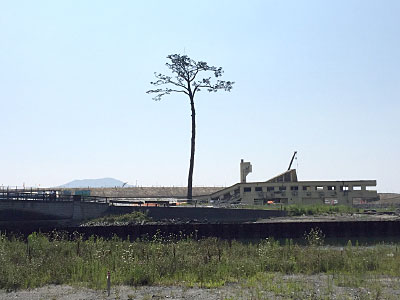 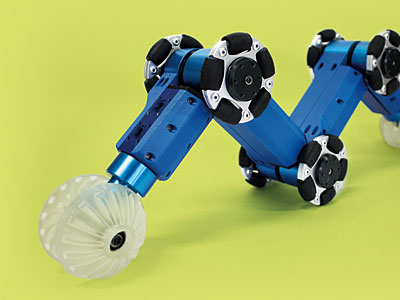 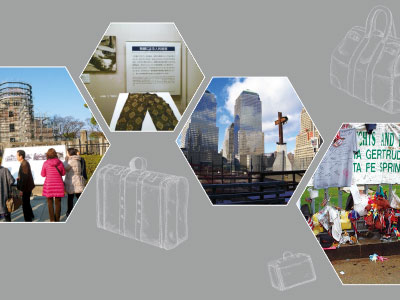 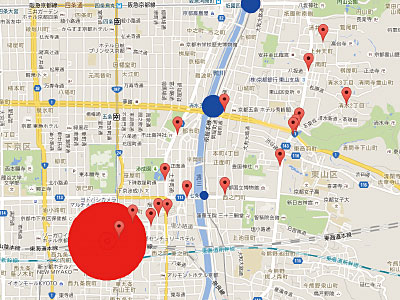 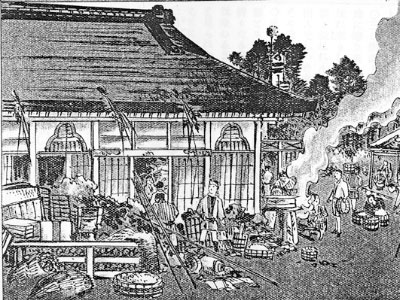 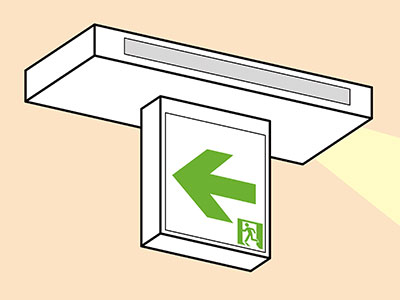 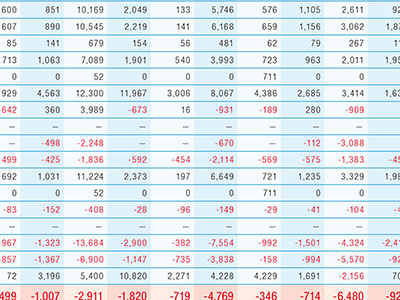 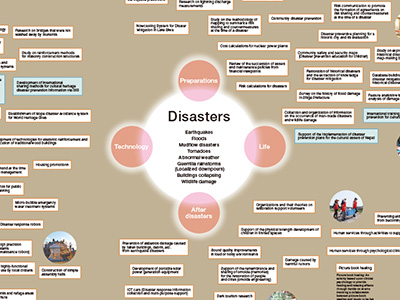