There is a field of research called Ars Vivendi, which comprises the study of life and living. What we have sought subconsciously throughout our lives may have taken shape into this form as an area of academic study. In this article, we will explore what Ars Vivendi is and focus on the researchers at the Institute of Ars Vivendi at Ritsumeikan University (which is the generating hub of the field) and their fascinating research.

What is the difference between disease and disability?

“All people coexist with disabilities, aging, diseases, and differences. Although we have individual experiences regarding disabilities, aging, illnesses, and sexual identities, these are things that we all face in life, somehow. Nevertheless, until recently, there has been no substantial research or accumulation of information that addresses such issues from the perspective of those who experience them. To understand how people with diseases or disabilities have lived and are currently living their lives, and to consider how their future could be – this is what Ars Vivendi is about.”

Under these definitions, the Research Center for Ars Vivendi (currently the Institute of Ars Vivendi) was established in 2007 at Ritsumeikan University as the point of origin and hub for promotion of this new field of research. The experience and knowledge of people from a variety of fields are accumulated in this institute to carry out interdisciplinary and collaborative research that addresses and studies a wide range of issues concerning Ars Vivendi.

The term Ars Vivendi is the Latin translation of the book title Sei no Gihou (The Art of Life), which was co-authored and published in 1990 by Shinya Tateiwa, director of the Institute. Since the 1980s, Tateiwa has been researching about people who are severely and systemically disabled and who have left their birth homes or institutional facilities to pursue independent living, which led him to co-author this book.

Tateiwa says, “For example, we tend to say ‘mental diseases’ or ‘psychosocial disabilities.’ Despite this, how do diseases or illnesses differ from disabilities, or how do they overlap? Then, there are those who suffer from illnesses or disabilities and wish to be cured as soon as possible, while others may feel that they are fine as they are for the time being. When we heal, what should be healing? Laying out these issues and considering these boundaries is how we approach things in the study of Ars Vivendi.”

Tateiwa gives five conditions in which we can distinguish between illnesses and disabilities. An illness consists of (1) pain and suffering, and, (2) in certain cases, it can lead to death. On the other hand, a disability manifests itself as (3) the inability to do something, (4) and how the forms, actions, and the way of life differ; (5) there are also discussions concerning harming others. These can manifest together, and at times, multiple conditions exist and overlap simultaneously.

He says, “While we all wish to treat ailments and alleviate pain or wish to avoid death in the case of disabilities, the things that one may not be able to do on his or her own could perhaps be sufficiently cared for by others. Rather than trying to fix the disability, it may be even more important to change society in order to support this individual. I think this can help those suffering from these conditions and those who help them living their lives to consider the meaning, as well as the advantages and the disadvantages, of ailments and disabilities.” 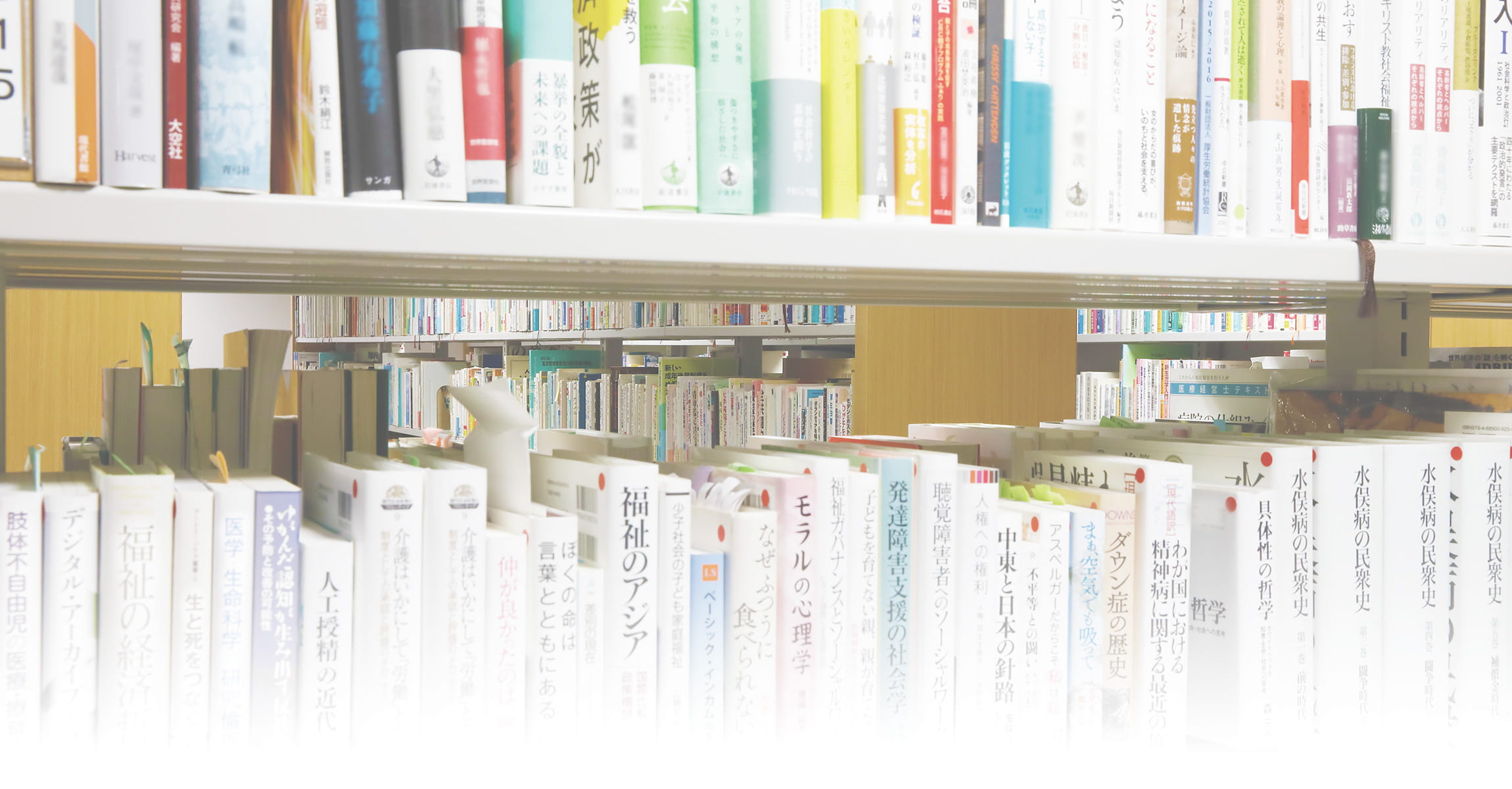 Research and experience.
A hub is needed to archive the acquired knowledge.

Kasumi Ito also acknowledges that the psychiatric treatments and hospitals deemed necessary to treat and heal such ailments are not necessarily meeting the needs and desires of the concerned parties. Her doubts about this reality led her to study the global grassroots movements by those who have psychosocial disabilities.

“There is a global organization of people with psychosocial disabilities that has approximately 70 organizations around the world connected through their network, and my area of research spans the process through which these organizations have emerged into the current reality in each of these nations,” Ito states.

In the summer of 2018, she visited the organizations in Britain, the Netherlands, Germany, Sweden, and Denmark that played leading roles in the global organization, as well as conducted an interview survey on the process of establishment with those who either founded the organization and/or were involved in early operation.Following this, in Taiwan, she studied an organization of people who are sexual minorities and also have psychosocial disabilities. She reveals the reality that such people face when being excluded from organizations, as well as of others who may be involved with one or the other of these aspects for having both of them.

She says, “As each organization has its own origin and purposes and carries its own issues, I want to find out how these different international organizations for people with psychosocial disabilities find their common aim and how they could cooperate with each other.”

In addition to young researchers such as Ito, a diverse group of researchers and scientists of different ages, experiences, and academic fields gather at the Institute of Ars Vivendi. Their specialties are indeed varied: they are philosophers, anthropologists, economists, sociologists, literary scholars, psychologists, ecologists, and researchers who study interpersonal aid, medical policies, bioethics, and history of science.

This Institute functions not only as a platform for researchers in different fields whose studies revolve around the axis of Ars Vivendi, but also as a place to store and archive the acquired knowledge. It has over 40,000 Ars Vivendi-related items ranging from books, magazines, newsletters, and other literature and materials; this collection includes but is not limited to records, testimonies, and handwritten notes by the concerned parties that are stored in an accessible and searchable manner and its information are made available online. Tateiwa says, “Collecting books and information and making them available to those who need them broadens research and understanding. I consider maintaining an archive in a permanent location such as this university as a crucial responsibility of this Institute.”

With the Institute of Ars Vivendi at Ritsumeikan University at the heart and center, Tateiwa and others strive “to envisage the various ways in which all people could live, pointing to a way in which an ideal society and world could be realized.”

The Institute of Ars Vivendi at Ritsumeikan University was founded in April 2019 based on its former entity, the Research Center for Ars Vivendi.The foundation of the current Institute was originally laid when the Ars Vivendi Program was acknowledged as a new field of study and adopted as a Global COE (Center of Excellence) by the Ministry of Education, Culture, Sports, Science and Technology in the 2007 academic year. As a five-year program, Ars Vivendi was supported by the Graduate School of Core Ethics and Frontier Sciences and the Institute of Human Sciences through an interagency collaboration between faculty members, graduate students, and researchers over various research and educational activities. Since then, based on the achievements and experience of these collaborators, the program has become a core research hub in Japan that envisages, proposes, and practices Ars Vivendi while developing it. Furthermore, by strengthening ties of collaboration with researchers from abroad, the Institute aims to become a global hub in which intercommunication on Ars Vivendi can take place, both in Japan and overseas. 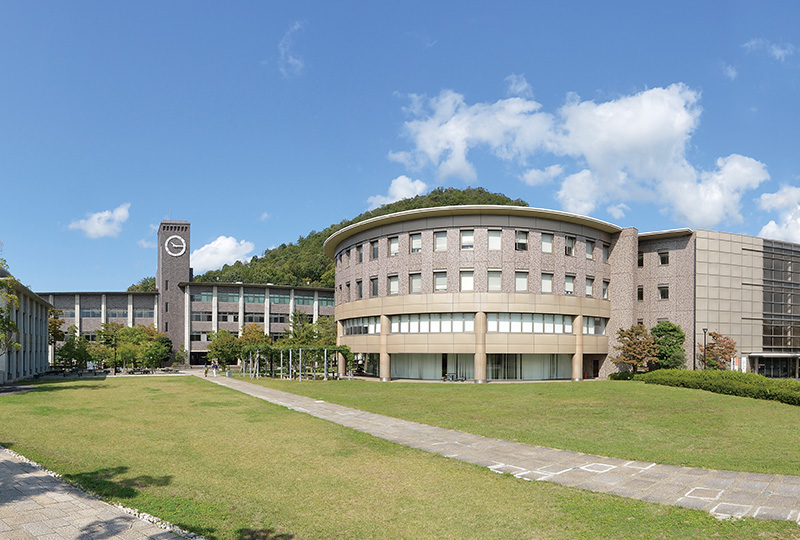 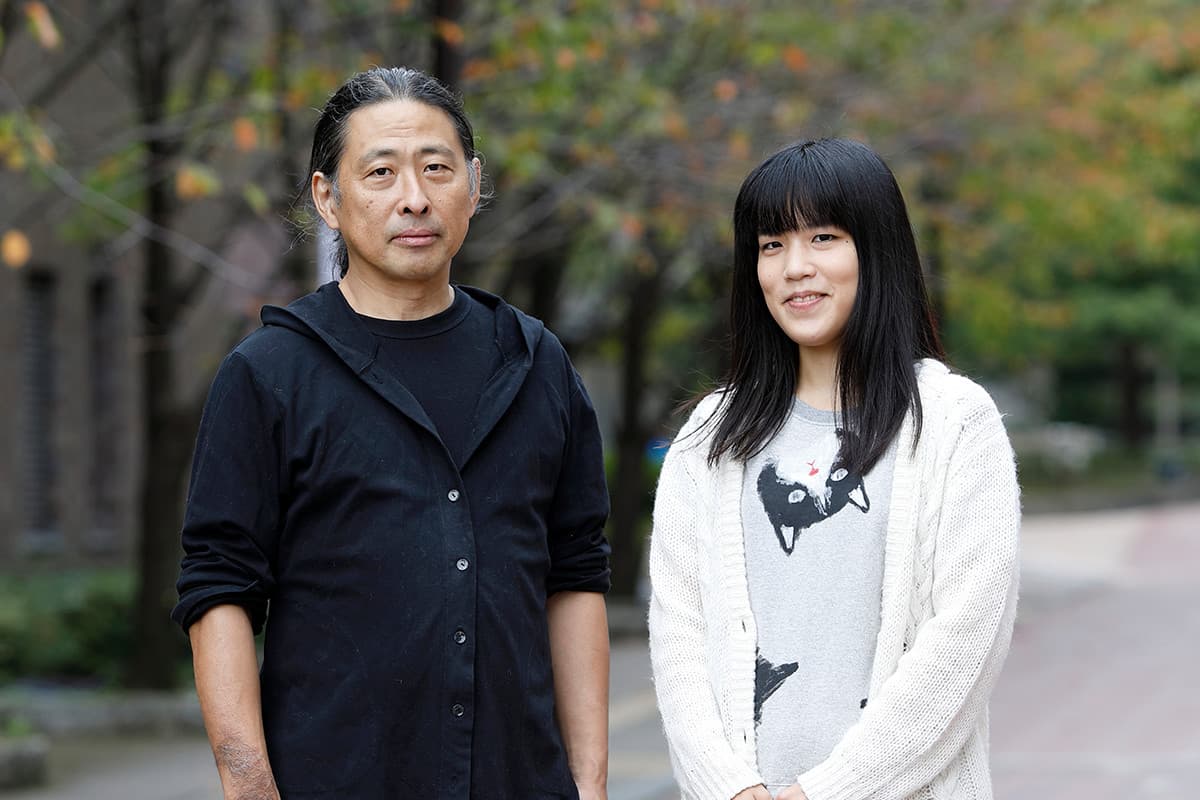