A reprogramming technology has been developed to create induced pluripotent stem cells with potential to differentiate into any organ or tissue.

In 2006, Prof. Shinya Yamanaka [the current Director of the Center for iPS Cell Research and Application (CiRA), Kyoto University] and his colleagues succeeded in reprogramming mouse somatic cells by introducing four genes that established induced pluripotent stem (iPS) cells. Such reprogramming erases the defined signature from differentiated cells, which are converted into undifferentiated cells with the ability to become any cell type. This historic discovery revolutionized the research field of stem cell biology and accelerated studies of regenerative medicine.

Cell differentiation is usually an irreversible process. Once somatic cells are terminally differentiated into cells comprising a specific organ or tissue, they will never escape their lineage. For example, if cells are differentiated into cardiomyocytes, they will never turn into liver cells or nerves. By contrast, reprogramming technology can change the fate of mature somatic cells such as by reprogramming skin cells into iPS cells, which can then become any cell type. As cardiomyocytes and neurons are highly specialized and have low growth capacity, it should be impossible to regenerate the heart and brain tissues. However, cell therapy using iPS cells now allows for these types of organs to be repaired. Accordingly, the discovery of iPS cells has provided great advances for developing iPS cell-based regeneration therapies such as the transplantation of a target tissue or damaged organ. Moreover, iPS cells show exciting promise for applications in screening drugs from candidate chemical compounds to test the biological response of human cells.

In particular, reprogramming technology has offered great promise in cardiovascular medicine with potential new treatments of heart disease, as a major contributor to mortality and morbidity worldwide. The heart has low regeneration capacity, and there is currently no effective treatment of severe heart failure beyond heart transplantation. A clinical trial using cardiomyocytes reprogrammed from iPS cells for the treatment of severe heart failure was recently approved by the government and has already begun at Osaka University. Nevertheless, Shu Nakao highlighted the following with respect to the current situation of reprogramming for clinical application: “Even though massive research efforts have been made to further develop reprogramming technology, there is still a major hurdle to applying reprogramming in regenerative medicine.” First, to produce a specific cell type such as cardiomyocytes, somatic cells must initially be converted into iPS cells and then differentiated into heart muscle cells. These multiple processes required to induced cardiomyocytes are time-consuming. In addition, the arrangement of myofibers in most cultured cardiomyocytes is irregular and their contractility is weak, which means that these cells are still far from mature. Importantly, only a low proportion of spontaneously beating cells that are functionally indistinct from actual cardiomyocytes can be reprogrammed. “So, while research to improve reprogramming performance to a practical level is still challenging, there is another attractive technique. It is known as direct reprogramming,” Nakao continued.

As the name implies, with direct reprogramming, specific factors are introduced into somatic cells to directly transpose the characteristics of a different cell type into these cells. Since the process of producing iPS cells is completely omitted, both time and costs can be significantly reduced. Moreover, the maturity of the induced cells is relatively high. In addition, unlike iPS cells that are extracted from human cells and generated in the laboratory, it may become possible to directly introduce the transducing factors into the myocardium in the body. For example, cardiomyocytes could be induced from other cell types such as fibroblasts, which function in maintaining the heart shape and repair damaged tissues in disease states.

Nakao has been specifically focusing on a unique cell type in the heart known as the “pacemaker cell,” and has worked on elucidating the arrhythmia mechanism caused by pacemaker failure. “The pacemaker tissue is described as the cardiac conduction system, which is a subgroup of the cardiac muscle specialized to generate and transmit electrical signals to the myocardium that produces the heartbeat. It acts as a control tower for the heartbeat. On the other hand, the heart no longer beats at a normal rhythm if the pacemaker tissue is damaged,” he explained. According to Nakao, the pacemaker tissue has the property of emitting different electrical signals depending on the site. This also means that different types of arrhythmia can occur depending on the site of damage to the conduction system. Nakao is now trying to clarify the specific factors involved at distinct locations of the conduction system to cause distinct types of arrhythmia.

One of the main research achievements was the discovery of a cause of bradycardia (i.e., an abnormally reduced heart rate) triggered by exercise. Nakao’s research group analyzed the pacemaker tissue in swim-trained mice and found that the microRNA named miR-423-5p is responsible for exercise-induced bradycardia in the animal model. “Generally, microRNAs have the function of suppressing gene expression. Typically, they suppress excessive protein synthesis to keep them at normal levels. However, in trained mice with bradycardia, the microRNAs showed an unusual increase within the pacemaker tissue. Thus, it is believed that this reduced the number of transcription factors and ion channels that are important for maintaining the pacemaking function.”

Furthermore, Nakao’s group found that when miR-423-5p expression was suppressed in the bradycardia mice, their heart rates returned to normal. “Molecules that change dynamically when one falls ill, such as microRNA and transcription factors, impact the cell functions. However, these molecules affecting cellular behavior can also become a transducing factor that could make direct programming possible to generate pacemaker cells,” Nakao speculates. The next challenge is therefore to discover these candidate transducing factors involved in direct reprogramming to pacemaker cells. To this end, their research continues with the goal of finding the factors causing bradyarrhythmias. Nakao summarizes these research goals as follows: “to identify key molecules strikingly changing the functions of the pacemaker cells and establish a reprogramming technology that can create induced pacemaker cells.” As they move toward the advancement of technology for regenerative medicine, new possibilities are opening up. 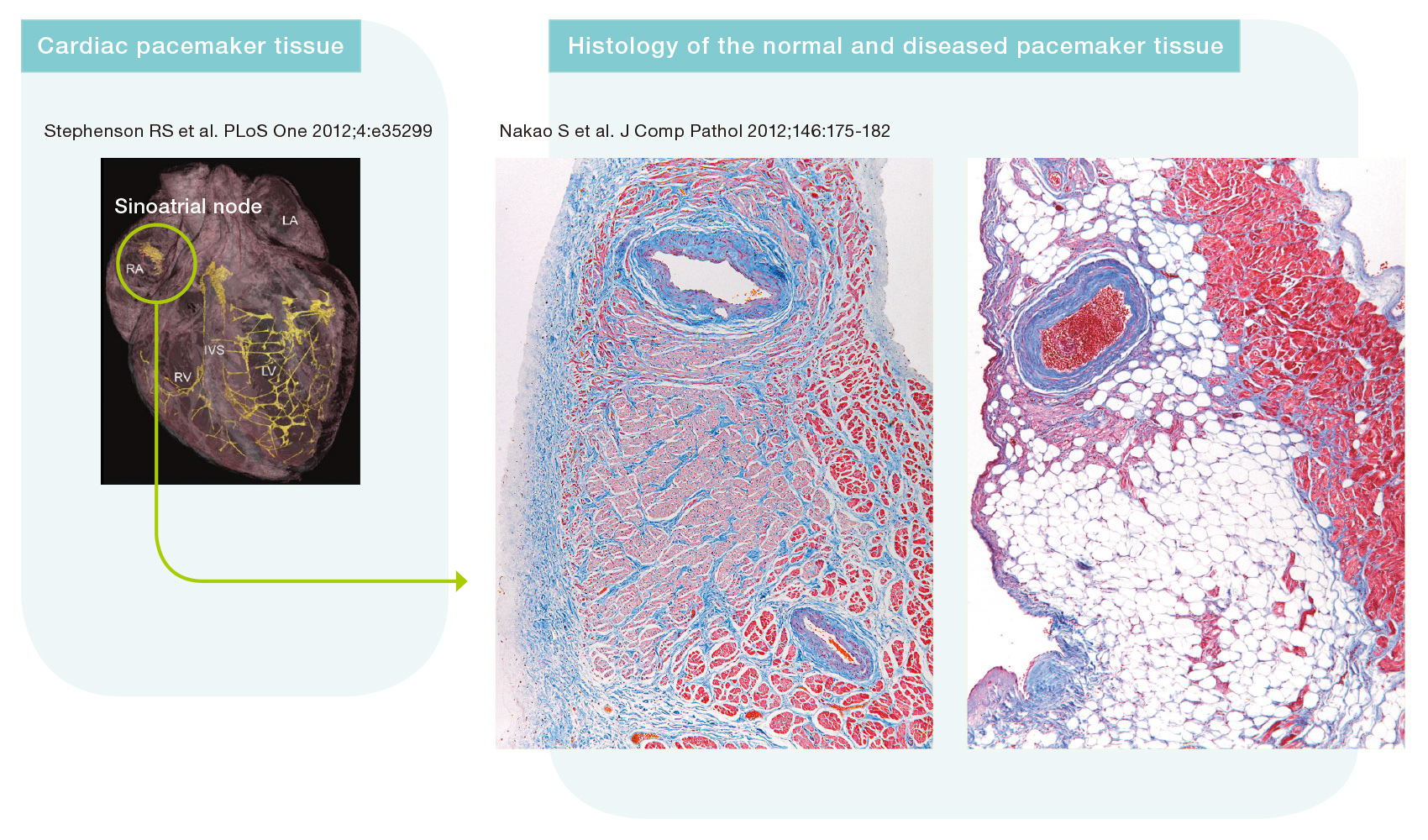 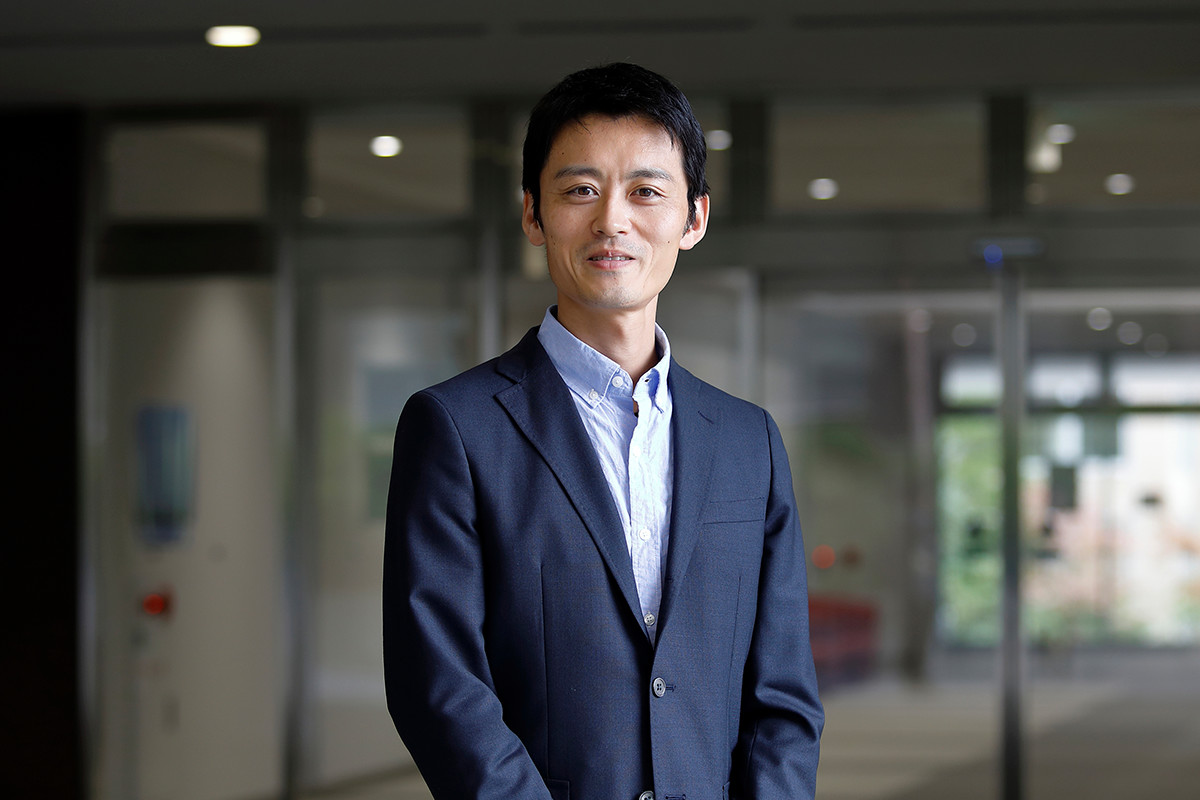