The level of the class was “Beginner” mainly for those who joined Ritsumeikan Univ. in September.
Students learned daily Japanese conversations mainly, and they acquired the basic conversation,
phrase that are very useful in their daily life. Many Japanese volunteer students also participated
in this program to help international students at each campus. Thanks to their support,

international students were familiar with Japanese soon and they enjoyed joining the class,

studied ambitiously and then made many Japanese friends there!

With the support of the Office of International Affairs, classes were held in Beyond Borders Plaza

(BBP) on each campus. BBP offer a variety of events and programs for all students, especially for

those who want to communicate with students from different countries, learn other languages and

exchange cultures each other. This Japanese program became a trigger for international students

to know BBP more and participate in their programs.

<In the Last class>

All students were preparing for the skit performance as a result of their study.

The Japanese level of students was various. However, each time they attended the class,

their Japanese skills improved a lot! They did a great job onthe skit performance!!

as a closing this program. It was very fun and they really enjoyed them!

All participants seemed very satisfied with this program. Japanese of those who joined

this class every time improved a lot! International students got the Japanese text book

for free and became friends with Japanese volunteer students.

We hope they will keep meeting with Japanese students and studying by themselves!! 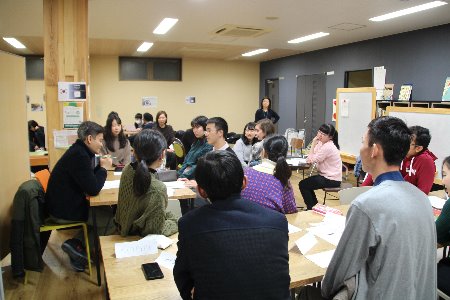 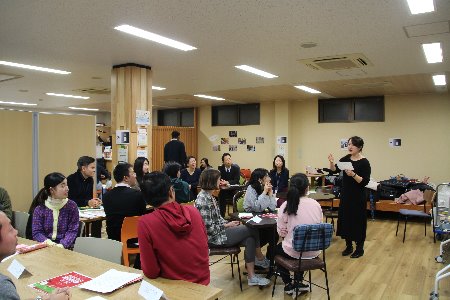 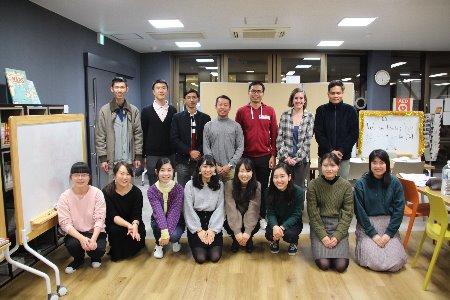 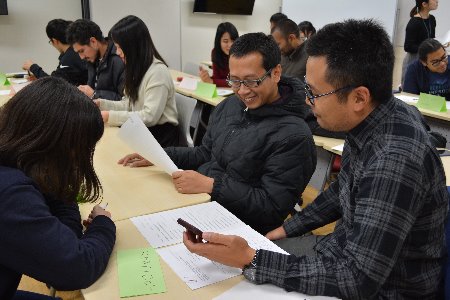 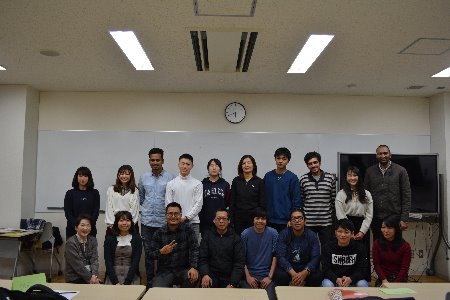 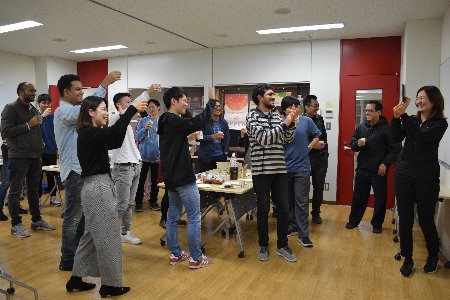 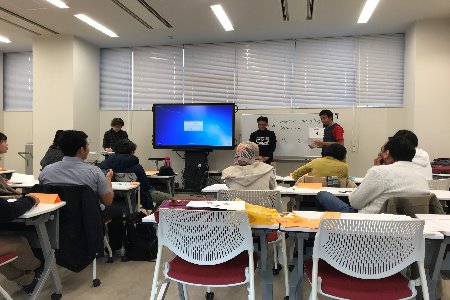 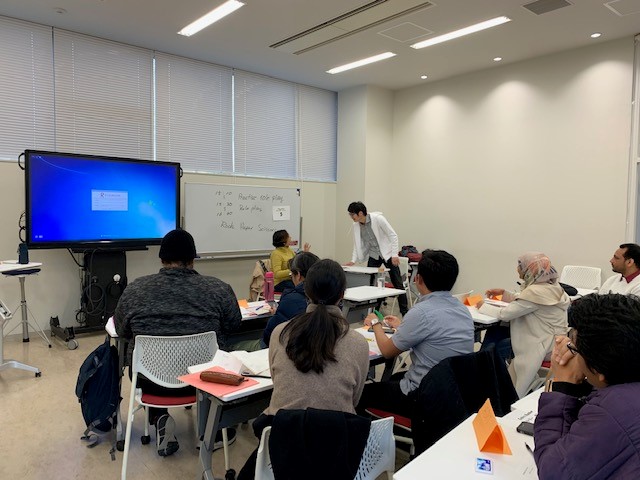 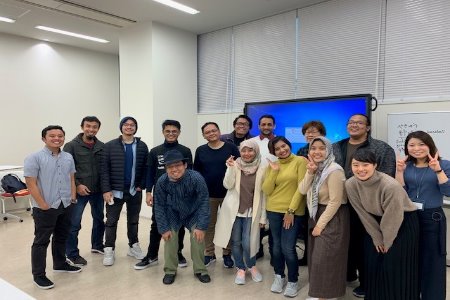