The first Sakura Scholars have begun their studies at Ritsumeikan University! The first Sakura Scholars Ryoma Endo (graduate of Ritsumeikan Keisho Senior High School: left) and Emi Provan (Columbia International School: right) talk about why they chose the first joint degree program in a Japanese university, how the classes are, and their future dreams. Interviewed by Dr. Thomas French, Associate Professor, College of International Relations. 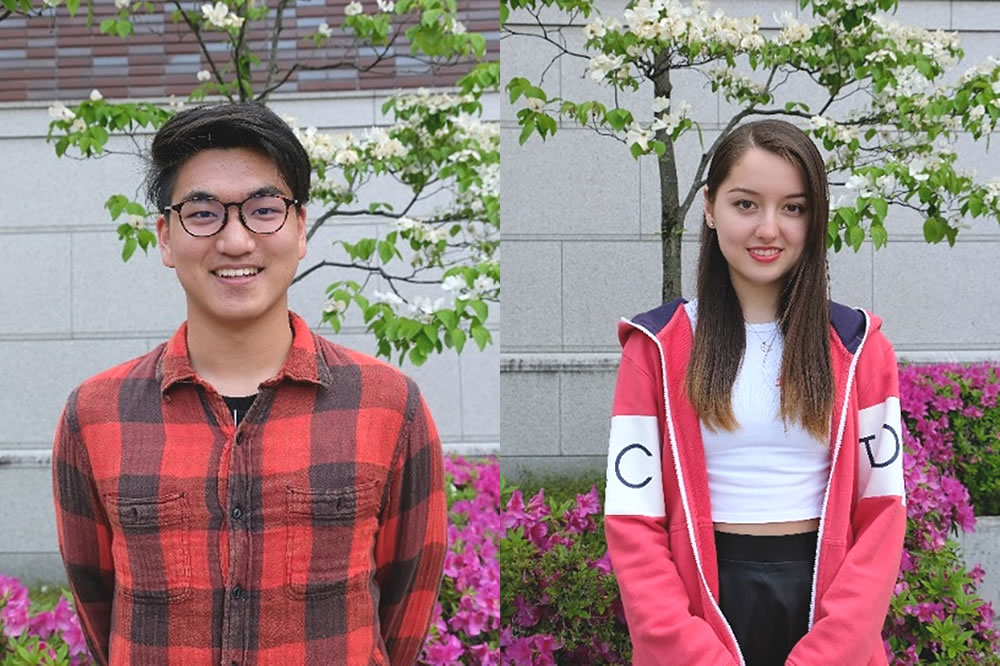 Why did you apply for the Joint Degree Program(JDP)?

Emi: Ever since I was a child, I’ve always had the dream of studying at both a Japanese university and an overseas university. Unlike a regular study abroad program, the JDP allows you to obtain the same degree from two different universities. For me, it was the best choice.

Ryoma: I’ve wanted to become a pioneer in some kind of field. When I heard that the JDP was the first of its kind at an undergraduate level in Japan, I realized that this was it! That’s why I applied. Another deciding factor was that I’m really interested in current international issues.

Professor French: One of the main features of the program is that you can learn about International Relations from both Japanese and American perspectives.

Ryoma: I had some concerns for how companies in Japan would value my degree if I had obtained it directly from an overseas university. I was reassured to know that the JDP offers one collaborative degree from the two universities and so is useful in both the U.S. and Japan. 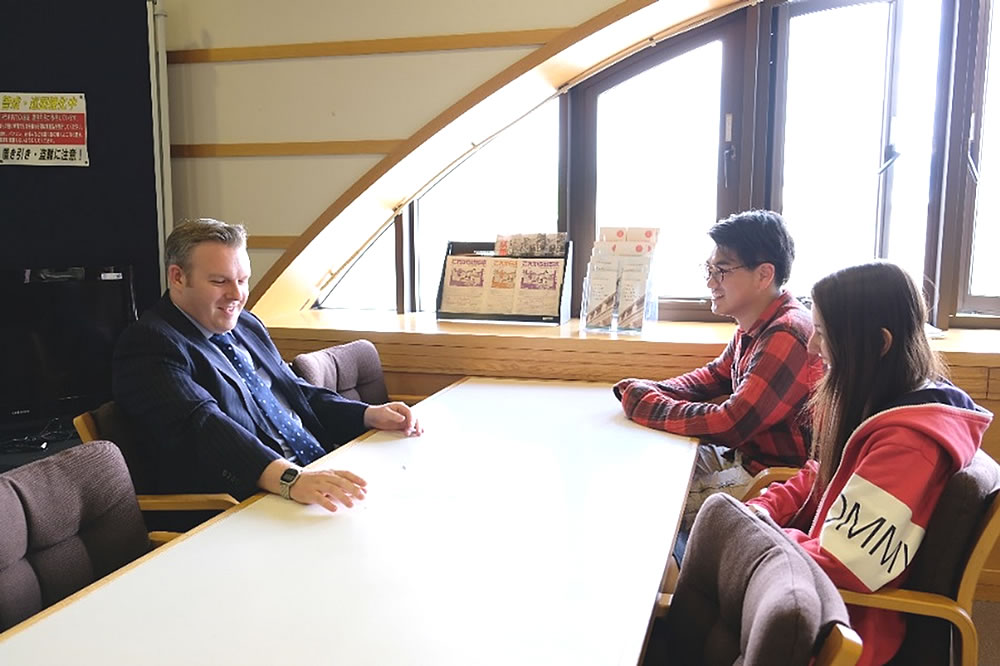 What were your first impressions of the JDP?

Emi: The number of the first JDP students is relatively small, so I really like how close our proximity is with the professors. Also, I’m glad that I can communicate with the professors at American University, even while being in Japan.

Ryoma: I feel the same. I really appreciate having a lot of support from the faculty and staff members.

Professor French: Even though the JDP is a small program, students have many opportunities to take classes with students who study in the Global Studies (GS) Major. You can make friends with these students as well.

Ryoma: The GS Major has a number of overseas exchange students, so there’s active interaction between Japanese and foreign students.

How do classes in this program differ from your classes in high school?

Ryoma: The professors teach in a much more interactive way. In high school, classes were mainly focused on multiple-choice questions, but the JDP is centered on more practical learning, such as writing essays.

Emi: Through the JDP’s learning style, I’m able to prepare properly for my studies at American University in the future.

What are you looking forward to at American University?

Emi: I want to make international friends through classes and sports activities like basketball and dancing. I’m looking forward to experiencing life at a university in the U.S.

Ryoma: I want to experience culture shock in the U.S.! I lived in Hong Kong when I was in middle school, and my experience of getting culture shock then helped cultivate my intellectual curiosity. As I joined a football (soccer) club at Ritsumeikan University, I’d like to continue playing football in the U.S. as well.

Emi: I’d like to travel to various places in the U.S. during the summer holidays in order to deepen my knowledge.

What are your future career ideas after finishing the JDP?

Emi: After completing the JDP, I’d like to obtain a master’s degree at an overseas university. I’d like to utilize my international experience, such as by working as a translator at a Japanese company or becoming a manager at a global company.

Ryoma: My father is a diplomat. He works all over the world, using multiple languages. Just like my father, I’d like to gain high level language skills and become an active player on the world stage. 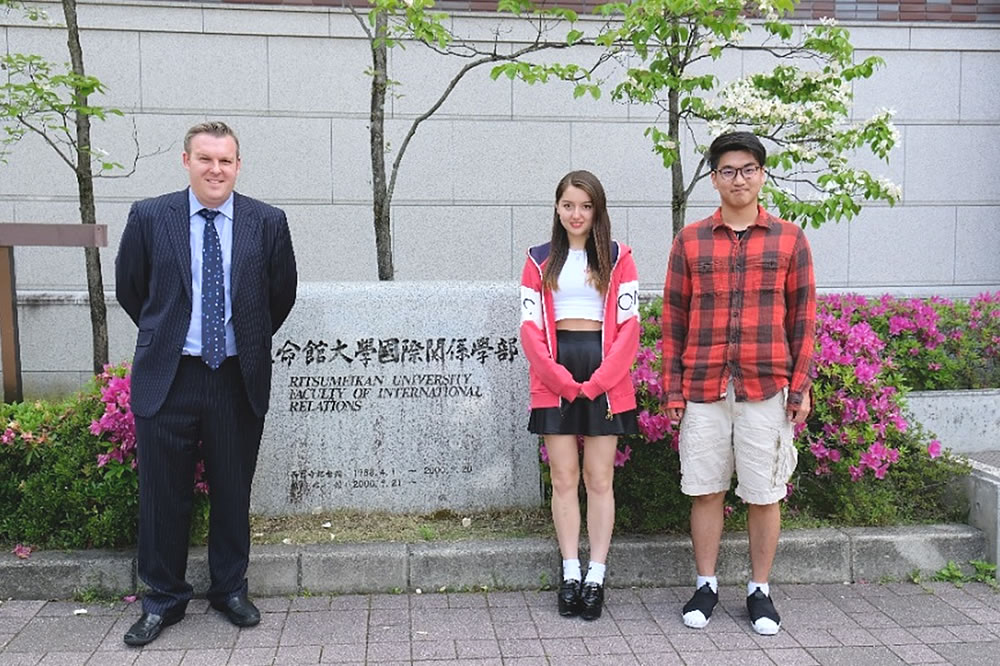 In the interview, Ryoma and Emi talked about their expectations for future studies at American University and how they are enjoying their life at Ritsumeikan University, focused on their goals for the future. We look forward to their future success!