Technology changes
what it means to Live

The development of science and technology is about to change even the meanings of illness and life.
From technologies such as functional MRI and those surrounding brainwaves, clinical methods of scanning brain activities have been developed. For example, it has been reported that Yes or No answers present only in the minds of those who have become bedridden due to ALS (amyotrophic lateral sclerosis) are now being captured. This research spread into other areas, and it was discovered that there are some cases where those who were considered to be in a vegetative state and without any consciousness were actually awake and able to engage in cognitive activities.

“One feels much fear and despair when trapped in an immobilized body and not being noticed by others. If we are able to communicate with them again, not only would this bring hope to the patients, but also to those around them,” said Tatsuya Mima, who has long been involved in measuring human brain activity as a neurologist. Communicating with those who are in a vegetative state would greatly change the meaning of life for them and would provide more lifestyle options for both the individual in this condition and those around him or her. “With the assistance of this technology and machines, perhaps they would eventually gain control over their bodies. However, it is not possible to fundamentally heal such an intractable disease. There is a limit to what technology can do.” Mima, the author of these words, is in pursuit of such technology from the angle of clinical medicine while adopting a medical and sociological approach based on his interest in the thoughts and feelings as well as the way of life of those with illnesses or disabilities.

As a specialist in neurology, Mima focuses his attention on the neural reorganization. “Human cells are all differentiated into various organs and tissues from a very early age; thus, if a part of one’s stomach is resected because of cancer, the stomach will be lost forever. In contrast, the brain function has plasticity, allowing it to recover even if it has been injured,” said Mima. When one part of he brain is damaged, neurons from another part change their form and functionality to replace the functions of the damaged areas. This phenomenon is called reorganization. Mima is trying to improve this capability and use it in such a way that those who have had remaining paralysis in their limbs after a stroke, for example, can regain their lost functions.

“One of the methods that are getting some attention in recent years is transcranial direct current stimulation,” Mima explains. The idea is to apply electrodes to the scalp and apply a direct current of approximately 2mA to the brain to help the reorganization of neurons. Some researches reported that patients who had hemiplegia after stroke could achieve the same level of recovery as the intensive rehabilitation when direct current is applied through the skull to stimulate the part of the cerebral cortex that governs the movement of the arm.

However, this revolutionary technology is starting to have a ripple effect on areas that were not its initial target. “Some people have begun to wonder what would happen if we used this technology on healthy people,” says Mima. There are currently several studies on enhancements, which consist of applying electrical stimulation to the brains of healthy people to control their emotions or physical capabilities, and now findings are being continually reported, such as the discovery that the application of electrical current in the frontal lobe enhances memory, or that the application of electrical stimulation to the hippocampus has the effect of suppressing fear. “Furthermore, as reported cases indicate that the application of this method to athletes is enhancing their records, some are beginning to question this practice by pointing out that it may be a form of doping. Advancement in technology also brings new issues that involve medical ethics and bioethics,” Mima states.

Although there is no doubt that the pursuit of science and technology can save those who suffer from ailments, there are still many issues that cannot be solved simply through technology. For this reason, Mima has made the Institute of Ars Vivendi his research hub and is trying to understand not only neurology but also diseases and disabilities from various angles, all stemming from one question, “what does it mean to live a life?” As part of this quest, he is interested in understanding how those who have diseases or disabilities “find meaning to their conditions.”

Mima says that “stroke patients with speech disabilities tend to avoid words they find difficult to pronounce and, instead of using words to respond, they nod to express their thoughts as a way of hiding their disabilities and making their social lives smoother. Such actions are not limited to those with diseases; for example, foreigners living in Japan who are linguistic minorities do the same thing.” For him, it is important to understand the various minorities in our society in terms of their experiences and meanings they give to the world, as he believes that this would shed a different light on what is considered righteousness or common sense that the social majority tends to unconsciously shape.

At the Institute of Ars Vivendi, researchers and graduate students collaborate across their respective organizations and conduct a variety of research and education initiatives around the Ars Vivendi axis. For the future, we can expect Mima’s research to expand further as we see the fusion of insights and knowledge gained in different fields occur. 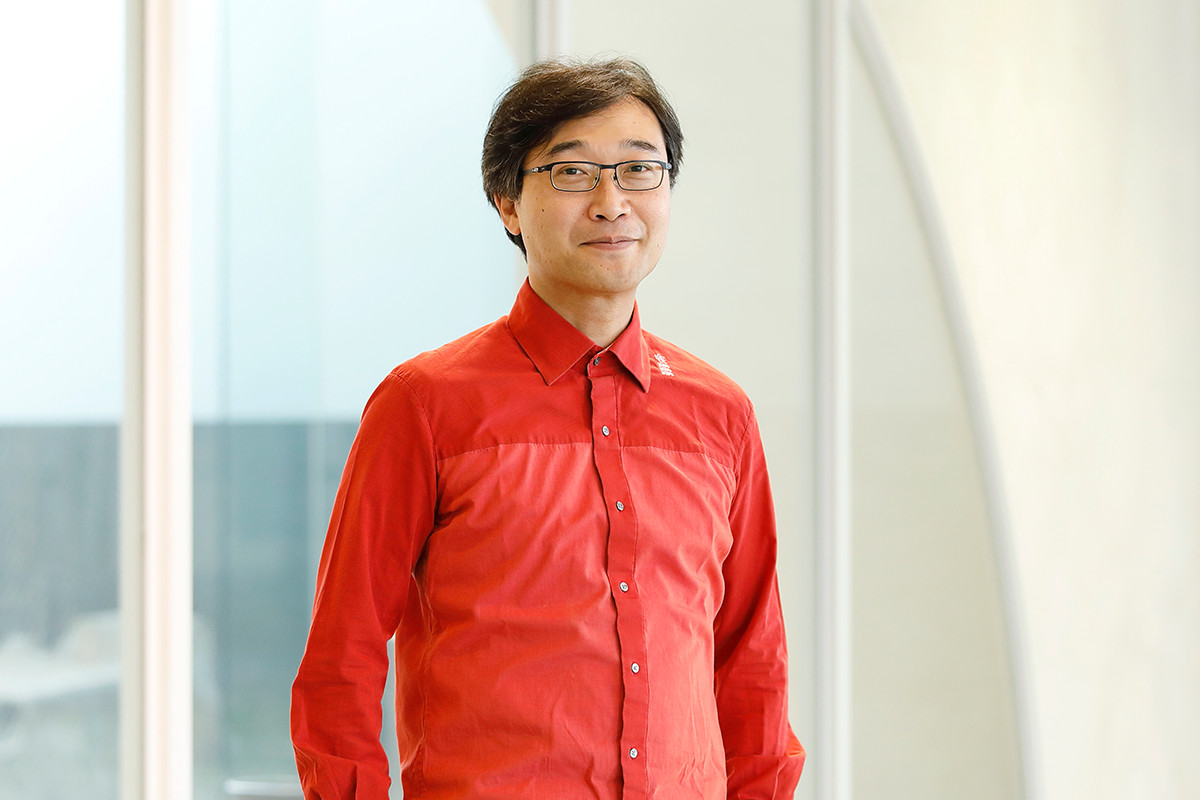