Today, our lives are surrounded by a myriad of chemical products. Organic synthetic chemistry is one of the basic technological fields that make their creation possible, and the synthesis of new compounds is indispensable in the development of pharmaceuticals, electronic products, and functional materials. Among the various methods available, cross-coupling reaction has often been used to synthesize new compounds. As you may see from the fact that the 2010 Nobel Prize in Chemistry was awarded jointly to Drs. Ei-ichi Negishi, Akira Suzuki, and Richard F. Heck, who developed the cross-coupling reaction, this reaction has been vital technology for the humankind.

Cross-coupling is a chemical reaction that allows two organic molecules with different structures to connect. What was so revolutionary about this reaction method was that, by using the transition metal as a catalyst, it became possible to connect low reactive and hard to be functionalized carbon atoms together. However, this reaction method presents issues to this day, which leads researchers from all over the world to develop new ways of inducing a coupling reaction. Toshifumi Dohi is one of them.

He says that “one of the issues surrounding the conventional cross-coupling method is that it requires expensive rare-metals, such as palladium, as a catalyst. In addition, to connect carbon atoms with low reactivity, we use activated substrates that have pre-installed functional groups, such as halogen or metallic elements already implemented. For this reason, the functionalization reaction process takes a long time and, after the reaction, unwanted metal salts are generated, which is not ideal neither economically nor environmentally.”

In 2008, Professor Yasuyuki Kita, who was the Dean of the College of Pharmaceutical Sciences at the time, had already made some waves when he announced the successful formation of carbon-carbon bond through the use of oxidative cross-coupling reaction, in which hypervalent iodine served as the catalyst instead of the conventional transition metal catalyst.

Dohi, who was one of the members of this research group, designed a new hypervalent iodine catalyst that presents not only higher reactivity but also better selectivity against aromatic rings. Through this method of oxidative cross-coupling, in which substrates without functional groups can connect directly with each other, the practicability of the process has improved dramatically. For example, since a hypervalent iodine catalyst can convert C-H bond into an aromatic ring without introducing a functional group, the reaction can take place in just a single process. In addition, side reactions such as excess oxidation are prevented, and unnecessary metallic salts are also not generated. What Dohi developed was a revolutionary catalyst that solves all the issues surrounding the conventional method. “In addition to this, iodine is one of the few resources that Japan, a country known for its limited resources, has one the largest production in the world. Hypervalent iodine reaction is an environmentally friendly green chemistry. This is an extremely powerful resource for the development of Japan’s chemical industry.

Currently, Dohi is also working on applied research based on his development achievements. Expanding this application to the pharmaceutical field is one of them. Kotaro Kikushima, who conducts his research along with Dohi, is working on the application of this method in the synthesis of fluorine-containing organic compounds. Kikushima explains: “Pharmaceuticals containing fluorine atoms not only have high metabolic stability and gradually break down within the body, but are also currently contained in approximately a quarter of all pharmaceuticals because of its advantage of having high solubility in lipids. Thus, the implementation of fluorine atoms in the drug design process is of strategic importance.”

In the past, when synthesizing fluorine-containing organic compounds, for example, a method combining the trifluoromethylation agent and transition metal catalyst has been developed. However, the issues remained because the reaction process is long, costly, and generates unnecessary metal salts. Kikushima believes that it is possible to solve these issues by applying an oxidative cross-coupling reaction using the hypervalent iodine catalyst.

“Fluorine atoms are widely used not only in pharmaceuticals, but also in agrochemicals, functional materials such as Teflon coatings, and as surface processing materials for touch screen panels. The development of a safe, cost-effective, and environmentally friendly coupling method is bound to make a tremendous contribution to the production of industrial materials,” he says.

Furthermore, using hypervalent iodine, Dohi is now venturing into uncharted territory, where he is trying to develop a new synthetic method for nanocompounds.

To synthesize nanomolecules （10-9 to 10-8m）, the typical method would be to connect low molecules of smaller size repeatedly. However, since this would make the reaction process long, it could hardly be considered an efficient method of synthesizing. Therefore, Dohi is now attempting an entirely novel method to synthesize useful nanomolecules, which consists of selectively dissecting the covalent bonds of 10-7 to 10-6 m polymers in height. “As part of this attempt, I am working on the synthesis of aromatic compounds using lignin as the raw material. Lignin is a high polymer compound that constitutes the cell walls of the wood and its bark, and its structure contains many aromatic rings.” Dohi is seeking after a method to dissect only the strong covalent bonds between carbon atoms and oxygen atoms in the lignin polymer in order to extract only the useful aromatic compounds. “So far,” he says, “I have succeeded in severing the bonds between carbon atoms and oxygen atoms to synthesize useful organic compounds using hypervalent iodine oxidizing agent in room temperature water. I believe this method can be applied because lignin is also water-soluble.”

Dohi says, “I would like to develop synthetic methods for the creation of nanomolecules using both methods, one that can be achieved through the cleavage of the bonds between the atoms of such polymers, and another that would be to use the traditional method of forming bonds between low molecules.” Through this new synthesizing technology, an organic compound capable of bringing great innovation to the future society can arise. 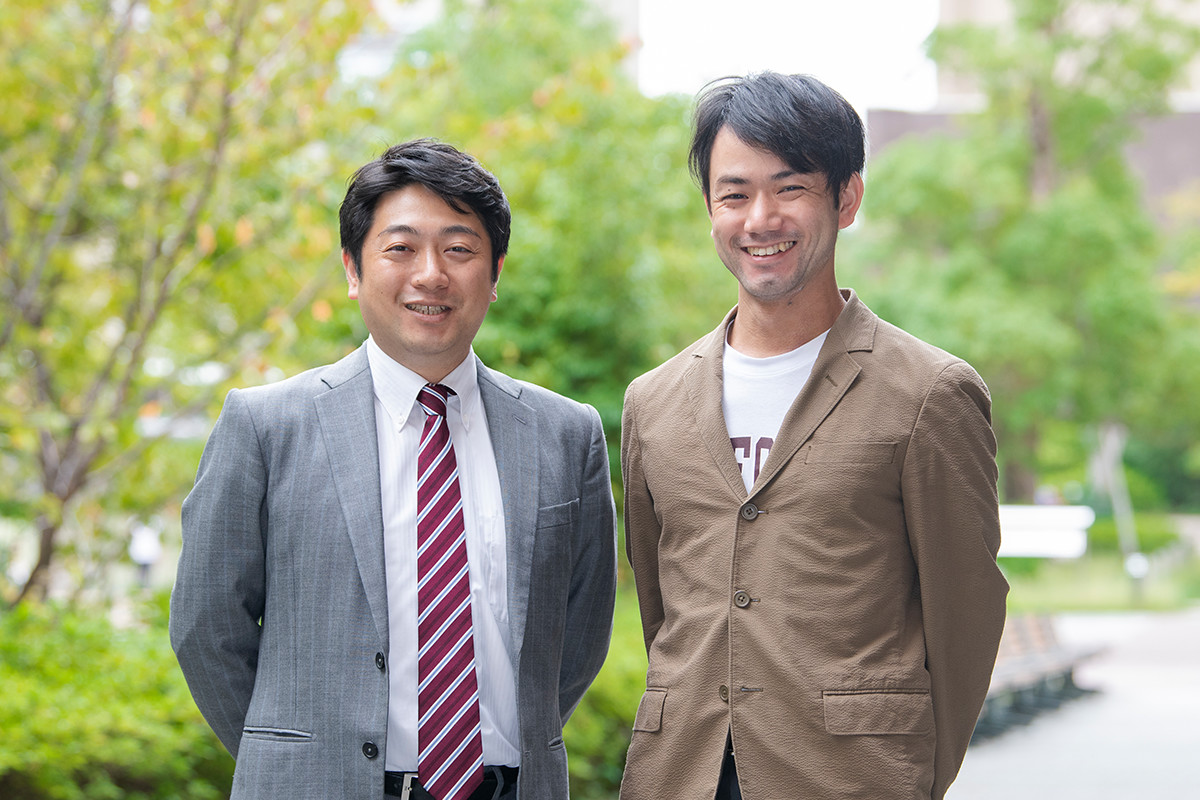