What is the mechanism of insulin secretion that lowers blood glucose levels?

As of 2015, the world population with diabetes has reached over 415 million, and this number continues to rise. According to a survey by the Ministry of Health, Labour and Welfare, the number of Japanese diabetic patients now exceeds 20 million, “including those who are beyond a reasonable suspicion of diabetes.” Diabetes has become one of the most serious diseases faced by people in the world as well as in Japan, and new medications and treatments, including preventive medicine, are eagerly awaited to stem a possible new tide of a further rise in cases of diabetes.

In particular, Mukai focuses on type II diabetes mellitus, which is further categorized into two categories: insulin hyposecretion, which refers to when not enough insulin is being secreted from the pancreas, and insulin resistance, which refers to when the insulin receptors in each of the organs are underperforming [Fig.1]. Mukai is focusing most of her attention on the former, which is considered the most common form of diabetes. In addition, while she is trying to discover the details on the mechanism of insulin secretion at the molecular level, she is also seeking to determine the signaling section in the β-cell (in which diabetes interferes) and see what substance or action may be effective for treatment.

Among them, Mukai has discovered the mechanism of action of the diabetes treatment drugs sulfonylurea (SU) and incretin. She explains it as follows: “Blood glucose is metabolized in the β-cells of the pancreas, and this process produces a type of energy called ATP. This ATP closes the ATP-sensitive potassium (KATP) channel and opens the potential-dependent calcium (Ca2+) channel. The influx of Ca2+ stimulates the secretion of insulin. In a nutshell, this is the mechanism of insulin secretion. However, failure to produce ATP within β-cells leads to impaired insulin secretion. In this case, since ATP is absent, the KATP channels are not closed and thus are unable to stimulate insulin secretion. The SU drug class promotes insulin secretion by closing these KATP channels directly. Yet, there are clinical cases where SU drugs do not work, which are cases in which the production of ATP is extremely low. Furthermore, although incretins were originally intended to increase insulin secretion by another pathway, recent studies have also shown that the production of ATP can be increased by reducing the oxidative stress, which is related to diabetes.”

Moreover, to understand and reveal how the human body regulates blood glucose levels so strictly, she has recently turned her attention to how β-cells exist within the living body. According to Mukai, β-cells within the pancreas do not exist alone but do so as a cluster of cells called islets of Langerhans (pancreatic islets), from where insulin is secreted. “When these pancreatic islets are dispersed, and β-cells are separated, the capacity to produce insulin decreases compared to when they were part of the cluster.” To organize the β-cells of mice, Mukai created a pseudo-pancreatic islet incubated from the β-cell group and compared it to β-cell monolayer cultures for their insulin secretion triggered by glucose [Fig 2].”As a result, she found that insulin secretion in response to glucose with the pseudo-pancreatic islet was four times greater than that of the monolayer cultured β-cells.” Based on this finding, Mukai inferred that pancreatic β-cells act closely with each other in a coordinated manner to enhance insulin secretion in order to secrete the necessary amount of insulin. In subsequent studies, she is considering investigating the possibility that primary cilia protruding from β-cells may be involved in intercellular coordination.

While conducting molecular-level research as discussed above, Mukai is also scientifically examining ways in which the general public can engage in the prevention of diabetes or control their blood glucose levels. One such effort is the search for foods that promote insulin production. For example, she is studying South American sweet potatoes and bitter melons that have blood glucose-lowering properties to determine their mechanism of action.

Furthermore, she has also provided insight into an exercise method that is considered more effective in lowering blood glucose levels.

“Typically, the blood glucose level peaks around half an hour after a meal and gradually returns to its normal level over the next two hours. However, there are times when blood glucose shoots up in a much shorter period of time than it would normally do and gradually returns to normal. It has been pointed out that people who are prone to this blood glucose spike are also more prone to a variety of diseases, including but not limited to diabetes. “To counter this, Mukai empirically proved that peak blood glucose levels decreased if people exercised for 15 minutes, starting 15 minutes after the meal [Fig.3]. Furthermore, she also verified through experimentation that, if one takes BCAA (branched-chain amino acids) consisting of leucine, isoleucine, and valine and then exercises, this would not only lower the peak blood glucose level but also have a sustaining effect on keeping blood glucose levels under control.

Diabetes can cause serious complications, such as neuropathy, retinopathy, and nephropathy, which significantly reducequality of life (QOL) and lead to life-threatening diseases, such as myocardial infarction and stroke. Therefore, Mukai’s research is not only useful for the development of new treatments and drugs but also contributes to the prevention and treatment of diabetes at the grassroots level. 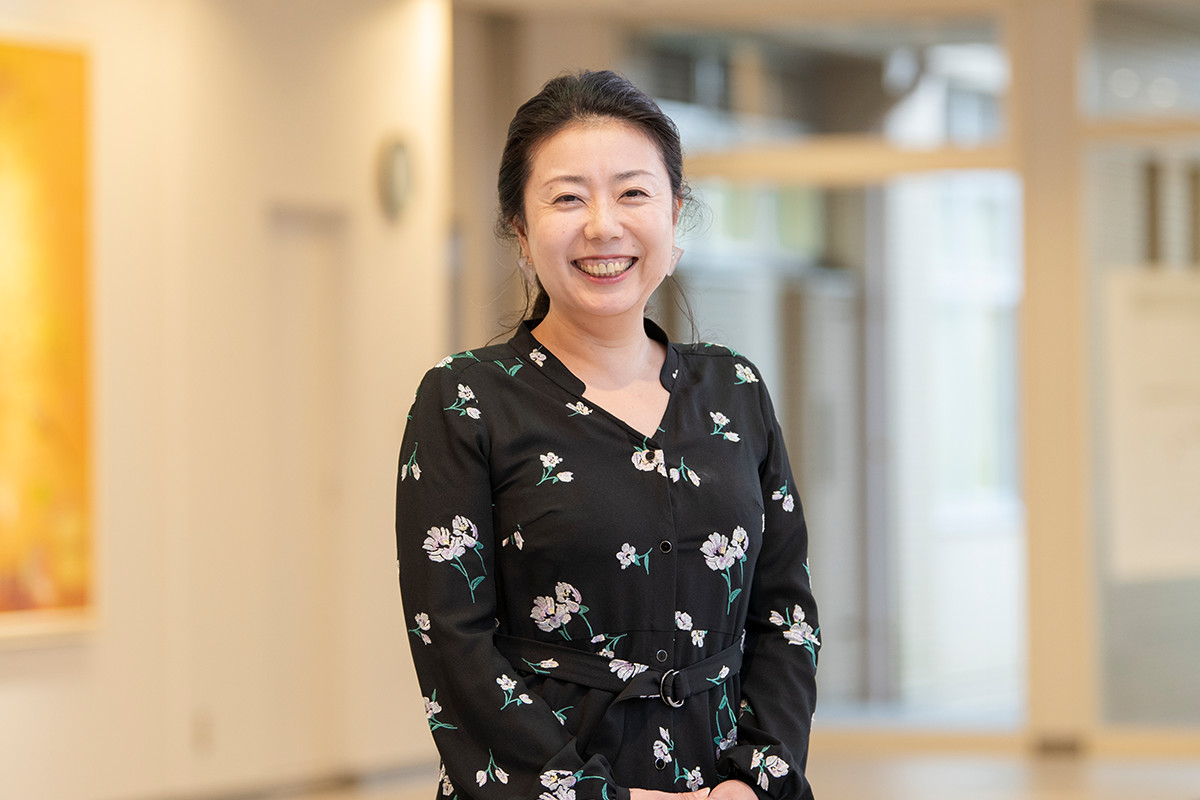