ATPase determines the 24-hour cycle of the circadian clock.

Almost all organisms living on Earth follow a 24-hour cycle. People get sleepy at night and wake up naturally when the morning comes, even when it is still dark. This is quite strange if you think about it. Why do organisms recognize days and nights and understand the 24-hour cycle?

The answer lies in the clock that is inside all organisms.

“The cyanobacterium is the oldest of the photosynthetic prokaryotic organisms, inhabiting the Earth for approximately three billion years. They were first observed to have a circadian rhythm in 1986. As research progressed, by 1993, it was proven that even the simplest of organisms, such as bacteria, also possessed circadian clocks. Furthermore, in 1998, three genes that produce proteins that regulate this clock were found in cyanobacterial cells.” These genes have been named KaiA, KaiB, and KaiC by the Japanese researchers who discovered them, from the term Kaiten, which means “to go around.” Furthermore, what was shocking in the study of this circadian clock was that, in 2005, it became possible to reconstruct this circadian clock in vitro using KaiA, KaiB, and KaiC. “While the genes that constitute the proteins that play a role in the circadian clock have been identified in organisms such as drosophila, it was only with cyanobacteria that we were able to reproduce the circadian rhythm of proteins in vitro. With this, the research on circadian clocks has made a giant leap,” says Terauchi.

Of the three clock proteins, KaiC has an overlapping structure with two hexamers with ATPase having phosphorylation sites. As a result of the capacity to reproduce the clock protein activities in vitro, it was discovered that KaiC hydrolyzes ATP, takes in a phosphate group (phosphorylation), and releases them (dephosphorylation), creating a repetitive 24-hour rhythm, revealing that KaiA and KaiB were assisting the KaiC function. “However, it is inconceivable under any other circumstances that chemicals go through reactions in a 24-hour cycle without any external stimulation.” Terauchi is trying to unravel the mystery of this circadian clock and get to the heart of its mechanism. 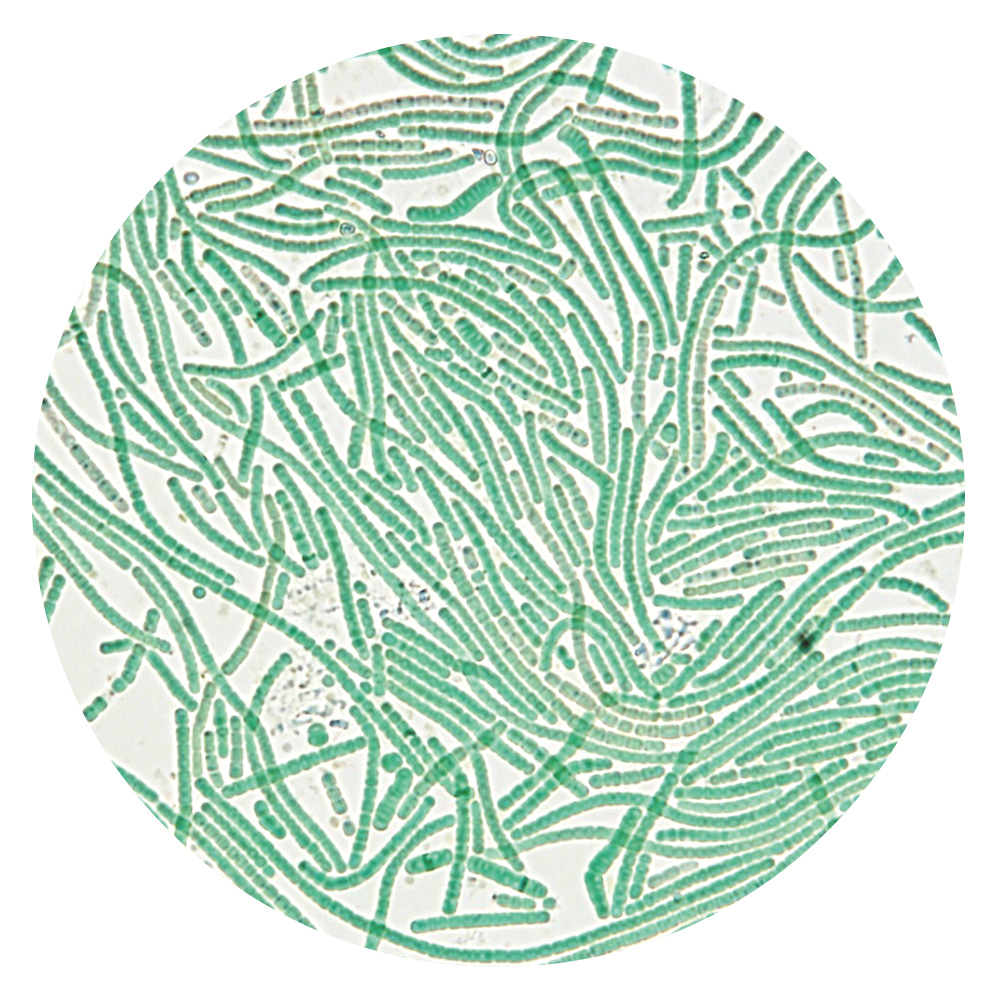 It is believed that cyanobacteria, the oldest among photosynthetic microorganisms, have existed on Earth for approximately three billion years. 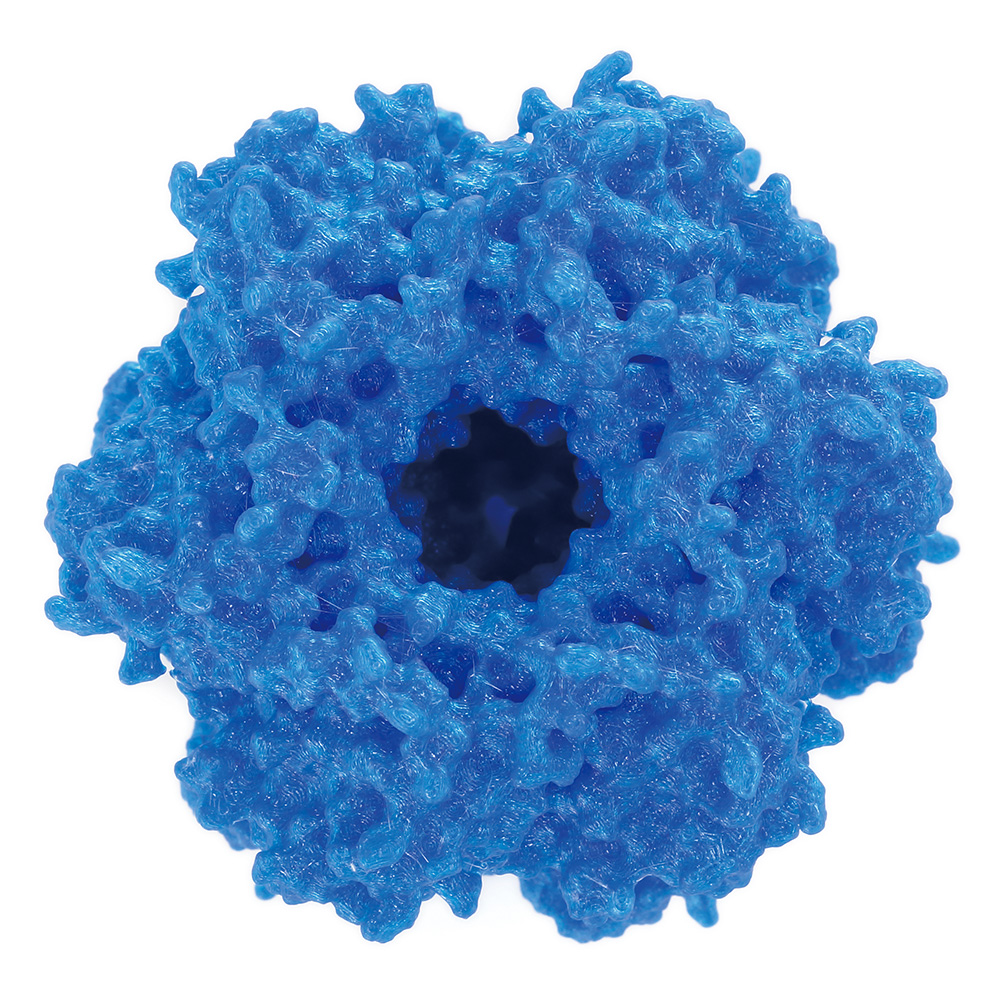 A model of KaiC molecule in cyanobacterial cells.
This clock-like shape has surprised researchers all over the world.

So far, as a research result, Terauchi has found that the circadian clock of cyanobacteria is determined by KaiC’s ATP hydrolyzation. “Of the three clock proteins, KaiC, which is the central oscillator, uses the energy provided by the ATP hydrolysis to maintain its circadian cycle. However, since the energy the protein clock uses is extremely minute, it has not been known for a long time that ATP hydrolysis is its energy source.”

Therefore, Terauchi produced KaiC mutants with shorter and longer periods of oscillation rhythms compared to that of the 24-hour cycle and conducted experiments to compare them with the original KaiC’s ATP hydrolysis of cyanobacteria. “As a result, I discovered and confirmed that the frequencies, which were reciprocal of the period, were directly proportional to the ATPase activities.” This meant that the speed at which KaiC hydrolyzes ATP determines the 24-hour period. This made it evident that the foundation of the circadian rhythm timing generator is in the ATPase activity.

“In addition, circadian clock exhibit temperature-compensation characteristics, which means that, regardless of the temperature surrounding the cells being higher or lower, the 24-hour cycle would hardly be affected. In addition, another characteristic feature is seen in the entrainment phenomenon, which is its ability to synchronize with its surrounding circadian rhythm. When you go to foreign countries and your days and nights switch around, you temporarily experience jet lag due to changes in time. However, you would eventually adapt to the environment, and the circadian clock would reset to its local time. This is the entrainment phenomenon. I would also like to be able to discover the mechanism behind this unique characteristic of the circadian clock,” says Terauchi.

At the same time, she is also trying to discover why primitive organisms such as cyanobacteria adopted this 24-hour cycle, effectively the Earth’s rotation cycle, as an internal cell memory. “I believe it developed the circadian clock to match the Earth’s rotation so that it could efficiently carry out photosynthesis, which is essential for the survival of life. However, there are still no scientific answers,” she says. A study that is approaching this answer comprises an experiment in which changes occurring in cyanobacterial cells according to the light environment were investigated. The results obtained suggest that light intensity is related to the length of the circadian clock cycle.

Research to reveal the secrets behind the mystery of the “24-hour memory” in living organisms that have existed from ancient times to the present day will lead to a better understanding of life, including that of humans. 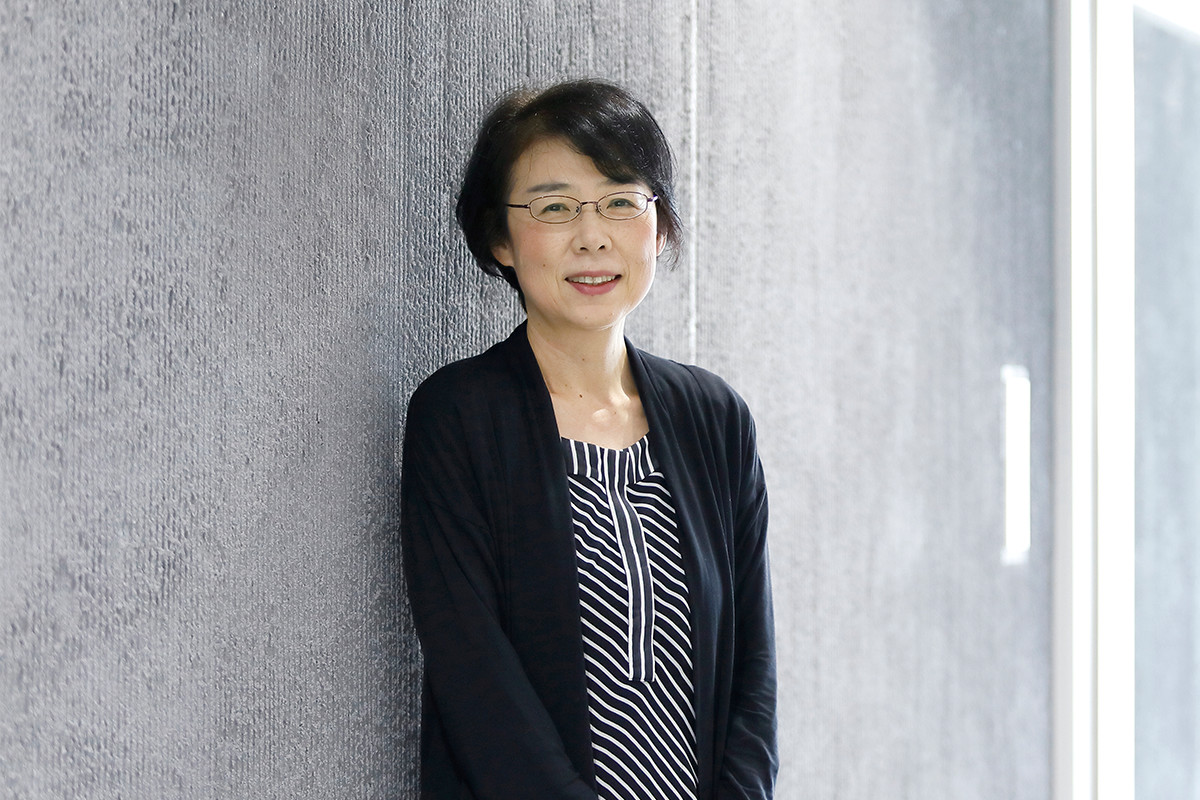