What would it mean to live in a post-nanotechnological world? This is the very question that science fiction’s imagined futures ask of present-day reality.

What if the worlds of science fiction were to become a reality? Denis Taillandier, whose research looks into the dynamics at play between science, technology, and science fiction (SF) from a cultural studies perspective, explains that “SF is not just fiction but has influenced and been influenced by real science and technology, playing a role in their development.” Taillandier, who studied Japanese at a French university, aims to understand technology-driven modern society by focusing on Japanese works of science fiction and analyzing the relationships between real science and fictional science.

“SF tends to be perceived as fiction in the sciences and as entertainment in literary studies. However, Sakyo Komatsu pointed out that ‘the hybrid aspect of SF contributes to the understanding of both literature’s evolution and society’s scientific and technological development,’ identifying SF not as the literature of science but as a literary field of its own: a literary science.” Drawing on Komatsu’s insight, Taillandier initially focused his interest on the field of nanotechnology, analyzing how it has been represented in works of SF and how those representations evolved.

Taillandier’s name first became known through a critique of Yoshio Aramaki’s early science fiction novella Soft Clocks. Since the late 1960s, Aramaki has written speculative science fiction novellas influenced by New Wave SF and surrealism. As indicated by the title, Soft Clocks is a novella articulated around Salvador Dalí’s famous painting, The Persistence of Memory. Taillandier won wide acclaim for drawing connections between the aesthetics of Dalí’s surrealism, rheology, and nanotechnology through the analysis of Aramaki’s novum, “flabby engineering.”

According to Taillandier, “Soft Clocks connects art and technology by shedding light on things that are otherwise invisible to the eye.” By unveiling the connections between Dalí’s aesthetics and the nanotechnological imagination, Taillandier points out the conceptual similarities that underpin early twentieth century aesthetics and early twenty-first century technology. “On the one hand, it is Dalí’s paranoiac-critical method, whereby the artist, in his delirium of interpretation, is able to reveal multiple images—otherwise invisible—within the same configuration of reality, organizing and objectivizing them so that they become a tangible reality. And it is, on the other hand, nanotechnology’s ability to peer into the infinitesimal world of atoms and molecules and generate images of atomic surfaces by using a microscopic scanning tip. The artistic creation and the technological imaging processes share common aspects.”

Taillandier concluded that Aramaki’s science-fictional use of Dalí’s artistic perception of space offers valuable insight in terms of nanotechnology and its underlying conception of the world.

Taillandier argues, “Science fiction is often seen as the poor relation of science: It is convenient and entertaining when it backs up technoscience’s dreams and hopes, but it becomes inaccurate fantasy when it leads to fear and anxiety. Nevertheless, SF has had a major influence on the development of nanotechnology, while nanotechnology has contributed, in turn, to the birth of the nanopunk subgenre.” Nanotechnology’s genesis was retrospectively attributed to Nobel Laureate Richard Feynman’s 1959 speech, in which he speculated “whether—ultimately—in the great future, we can arrange the atoms the way we want,” but many of the ideas formulated by Feynman revolved around metaphors that were already circulating in science fiction.

Taillandier has also looked into the mobilization of science fiction rhetorical techniques in the discourse on nanotechnology. “Getting funds is a hard task that requires complex rhetorical skills. Scientists need to convince decision-makers that their research is innovative and exciting, and that they will have a tremendous impact on society, thus producing an effect close to the SF sense of wonder.”

Taillandier contends that “SF plays an important role in discussion of the social impacts of science and technology.” Project Itoh’s Genocidal Organ looks, for instance, into the military applications of nanotechnology, raising questions about its convergence with biotechnologies. Itoh further explores the medical and social implications of nanotechnology in his 2009 novel Harmony, in which a device embedded in the body enables complete medical monitoring and management of the population.

“SF raises questions about the social and philosophical impacts of scientific and technological development. SF imagined futures are not just mere fantasies: They are distortions of present-day trends that they contribute to critically looking back on. This is why SF is so fascinating.” 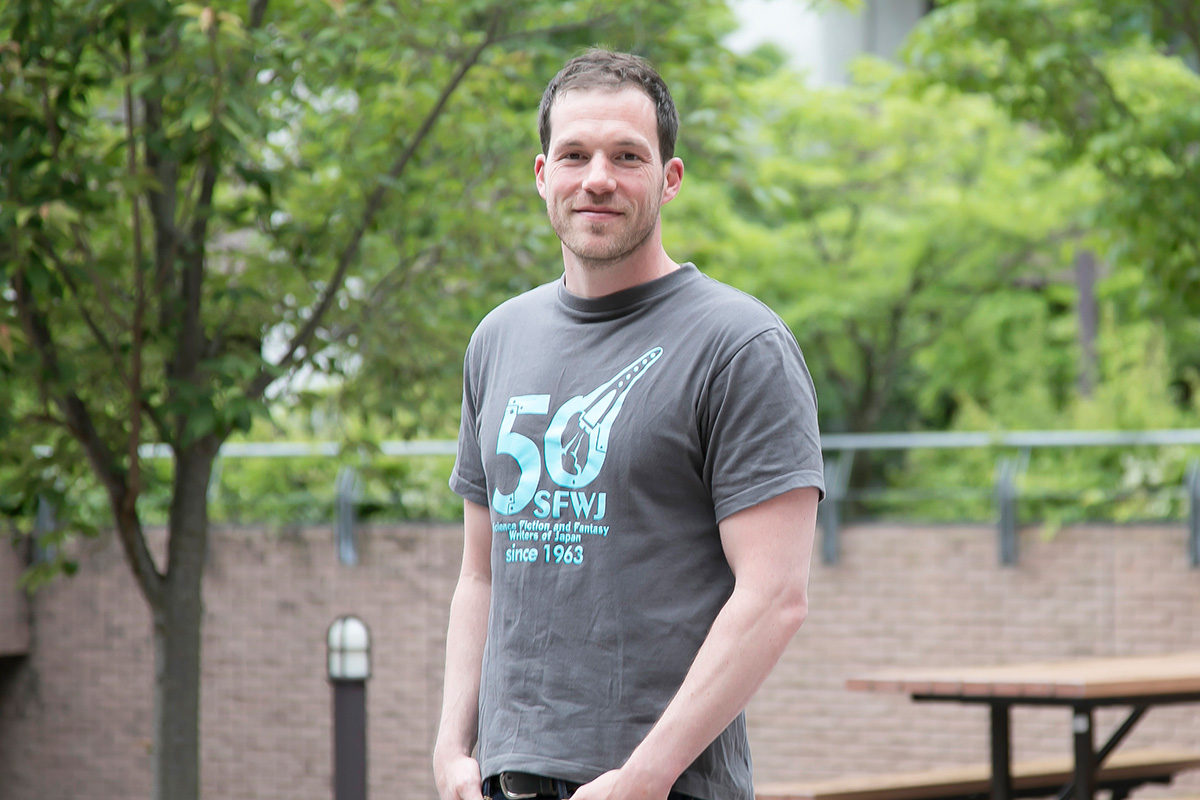