Asking locals about how they perceiveChina’s international contributions

At the UN peacekeeping operations (PKO) summit in September 2015, as the U.S. and other countries declared that they would expand their contributions, Chinese President Xi Jinping surprised the world by announcing contributions on a remarkably grand scale, creating an 8,000-strong standby force and permanent peacekeeping police squad, and contributing US$1 billion in military assistance to the African Union. Most of Japan and the West saw this as a strategy to restore China’s worsening international image, but Miwa Hirono says she was “skeptical of this one-sided argument based on the Western perspective.”

Since the 2000s, China has actively carried out PKO and humanitarian assistance in developing countries and in areas affected by conflicts or disasters in Asia and Africa. Today, about 2,500 Chinese peacekeepers are deployed in PKO, far more than those from any other permanent member of the UN Security Council. China’s financial contribution is also second only to that of the U.S., so there is no doubt that recipient countries see China as indispensable. While the international community supports these contributions, it often criticizes China’s strategic methods and development, which can at times be inconsiderate of environmental and social sustainability.

Hirono comments that “as China’s influence in the international community grows, whether or not the country is a responsible great power has become a major question.” In a climate where discussions about what it means to be a responsible great power are going nowhere between China and the West, Hirono garnered much attention by setting forth a novel viewpoint, asking, “What are the perceptions of the recipients of such assistance (the insiders)?”

Hirono explains, “My current research project is an investigation of how the people—the insiders—living in conflict and disaster-affected areas where China has carried out PKO or humanitarian assistance perceive China’s responsibility in the international arena.” She is conducting on-site surveys in five countries: Cambodia, Indonesia, Nepal, South Sudan, and Liberia.

Characteristic of Hirono’s research is that she takes a qualitative approach by carefully collecting the opinions and voices of the individuals concerned. She interviews a diverse group of insiders, including senior government officials, journalists, ordinary citizens, researchers, firms, medical practitioners providing aid, and the local Chinese community, and conducts a qualitative analysis to illuminate their perceptions.

One of the survey sites was Aceh, Indonesia, which was devastated by the 2004 Indian Ocean earthquake and tsunami. Immediately after the disaster, Japan, Western countries, and China arrived and devoted themselves to providing humanitarian aid. Hirono comments that “when asked about China’s international responsibility in connection with this disaster, the majority of insiders surprisingly answered, ‘China’s responsibility should lie in economic assistance such as investments into the trading port in Sabang, Aceh.’” The economy in Aceh saw rapid development thanks to reconstruction projects after the disaster, its growth rate reaching as high as 5%. However, as soon as the five-year assistance period ended, most countries withdrew, and the disaster-affected areas faced economic stagnation. “I realized that what was most urgent for the insiders in such areas was economic assistance with a long-term perspective, even if it happened in the context of humanitarian aid. This reality isn’t clearly visible in theoretical discussions.”

Hirono also gained interesting insights during her survey in Cambodia. She explains, “What surprised me first was that almost all insiders responded ‘Yes’ to the question, ‘Do you think China is a responsible great power?’ They said the reason was that China ‘supported King Sihanouk.’” During the civil war, in a conservative estimation, the Khmer Rouge (the Communist Party of Kampuchea) is said to have murdered over one-fifth of the Cambodian population. Many Cambodians still carry wounds from that time, so it would not be surprising for some to reject China for having supported that regime. Still, Hirono says, “Nevertheless, they highly appreciate China for welcoming Sihanouk to Beijing after his expulsion by the Pol Pot regime and for helping to establish the government in exile. This perspective on history by the people of Cambodia had never appeared in previous studies.”

Moreover, the survey in Nepal revealed another unique dimension. Soon after a massive earthquake struck Nepal in April 2015, relations with neighboring India deteriorated, and Nepal’s oil supply was cut off in September of that year. Hirono says that insiders are extremely appreciative of China for providing oil across the Tibetan border. With respect to the effect this has had, Hirono comments, “It was a new revelation that things like geopolitical conditions and relations with surrounding countries, which are ordinarily considered in a context different from disasters or conflict per se, do influence perceptions about what makes a responsible great power in the context of disasters or conflict.”

In recent years, a growing awareness of environmental protection and sustainability in developing countries and regions has prompted local skepticism about the nature of China’s international contributions. For example, the Myitsone Dam construction project, jointly carried out by the Myanmar government and China, was suspended because of popular concerns about its impact on society and the environment.

“As China is promoting the Belt and Road Initiative, it will not be able to ignore local perceptions about great powers’ international responsibilities.” The insider perspective revealed by Hirono will perhaps become even more meaningful in the coming days. 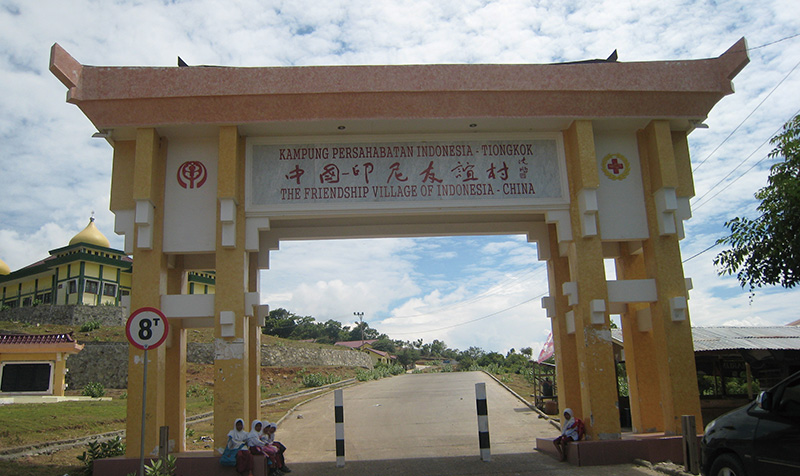 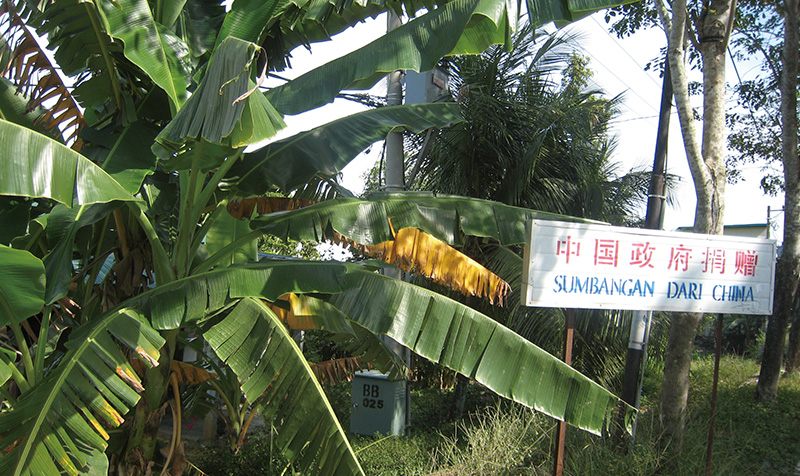 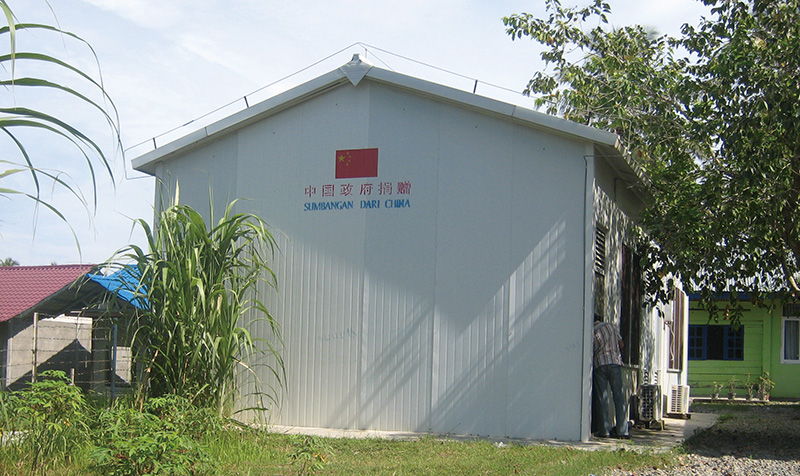 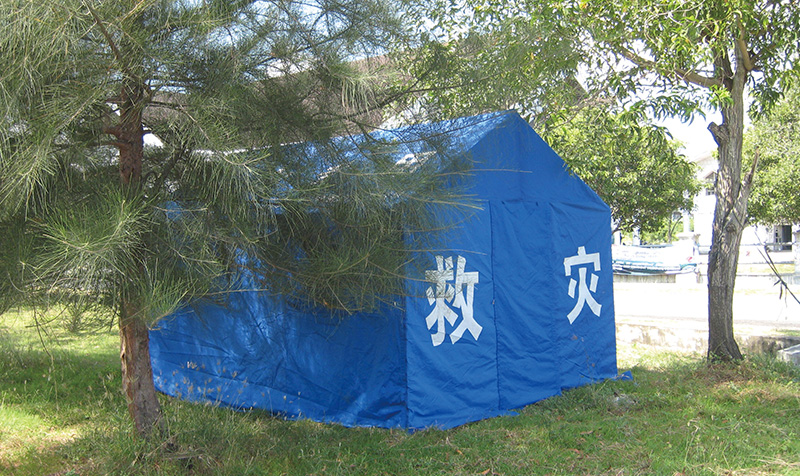 After the December 2004 Indian Ocean tsunami, China provided humanitarian assistance in Aceh, Indonesia, by building a village and supplying items such as prefabricated tents. (Photo by Miwa Hirono) 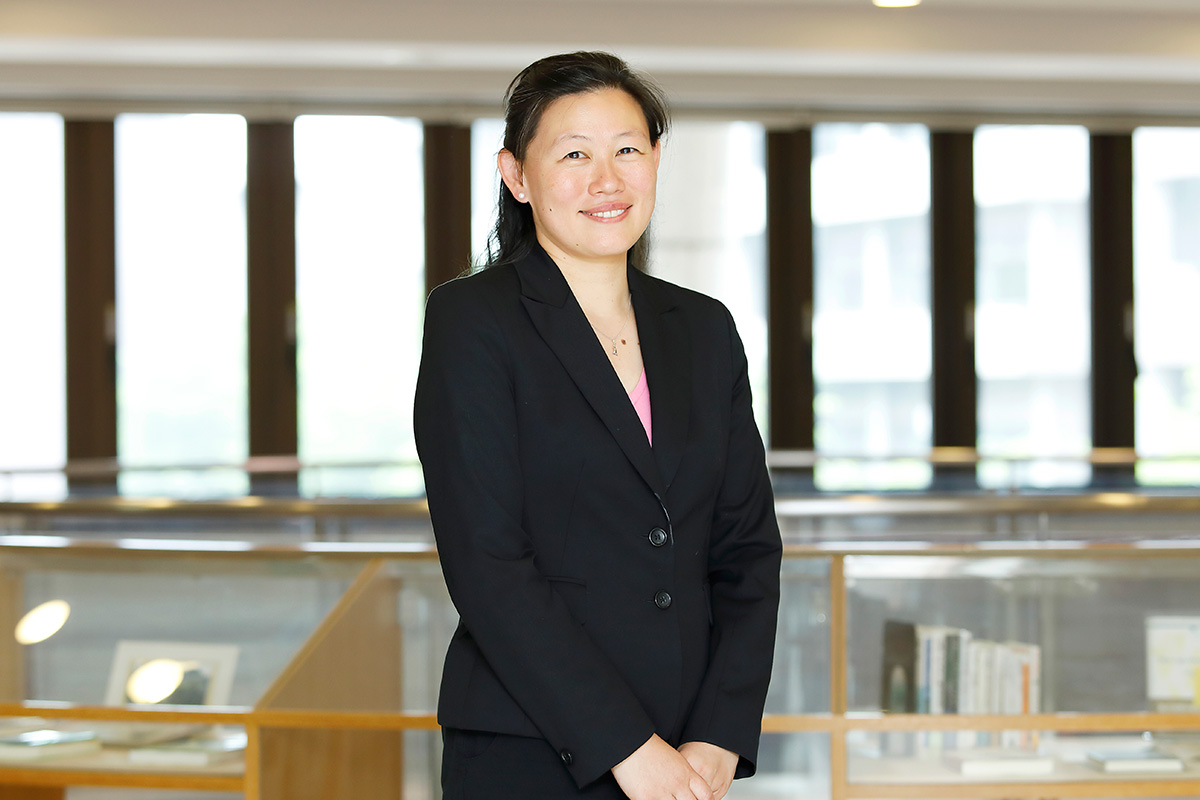