Game applications of artificial intelligence (AI) technology have made progress in recent years. “Digital games are also a challenging research theme in the AI field because of the need for real-time computation, despite the limitations of machine capability.” These are the words of Ruck Thawonmas, one of the world’s foremost researchers on AI in fighting games.

Recently, the presence of individuals who enjoy games as spectators instead of as players has been receiving attention in this field. Thawonmas explains, “Every month, several hundreds of millions of people use video-game live-streaming services to watch games, yet almost no research has been conducted on game AI that targets spectators.” Thawonmas’s research team is engaged in researching Procedural Play Generation (PPG), which autogenerates contents for spectators’ enjoyment.

There are no human players involved in PPG. The characters fighting each other move automatically, based on algorithms, and users can autogenerate gameplay in accordance with their preferences of favorite playstyle and progression. Thawonmas and his team use their independently developed fighting game, FightingICE, for their research.

FightingICE is extremely versatile, as it allows the use of both Java and Python languages. It has become the game of choice for researchers studying fighting game AI all over the world. It is also used as the official platform for an international competition at the Conference on Computational Intelligence and Games of the Institute of Electrical and Electronics Engineers (IEEE), an authority in the international research community. “Until 2016, the top performance was monopolized by the Monte Carlo Tree Search (MCTS) method, which determines an individual’s own actions based on the results of simulating the enemy’s randomized actions. However, a diversity of search methods has gradually been researched, and recently, there has been an increase in participants using deep learning.” Just as Thawonmas says, our competition offers glimpses of trends in AI research.

After coming to Japan, Thawonmas encountered AI for the first time in graduate school and developed an interest in Japanese culture and the Japanese fighting games that caused a global boom, incorporating them into his research. His current focus is on game development for health promotion, using the FightingICE platform. He approaches health from three angles—physical, mental, and social—and is developing games that promote each of these aspects.

One is a study of AI that increases the user’s amount of exercise through FightingICE. “We capture the player’s movements using Kinect motion capture technology, which recognizes gestures; have the player fight an AI-controlled character (enemy) in the game; and have the enemy character induce player movements. By setting algorithms that allow the MCTS-using enemy character to choose effective actions in any given situation, it induces players to move both sides of their bodies in a balanced manner. We also created algorithms that prompt players to make jumping movements, thereby increasing the effectiveness of the exercise.”

Furthermore, the background images that make up the game stages consist of Japanese ukiyo-e paintings that shift appropriately, which allow players to enjoy Japanese culture as the game promotes their health. 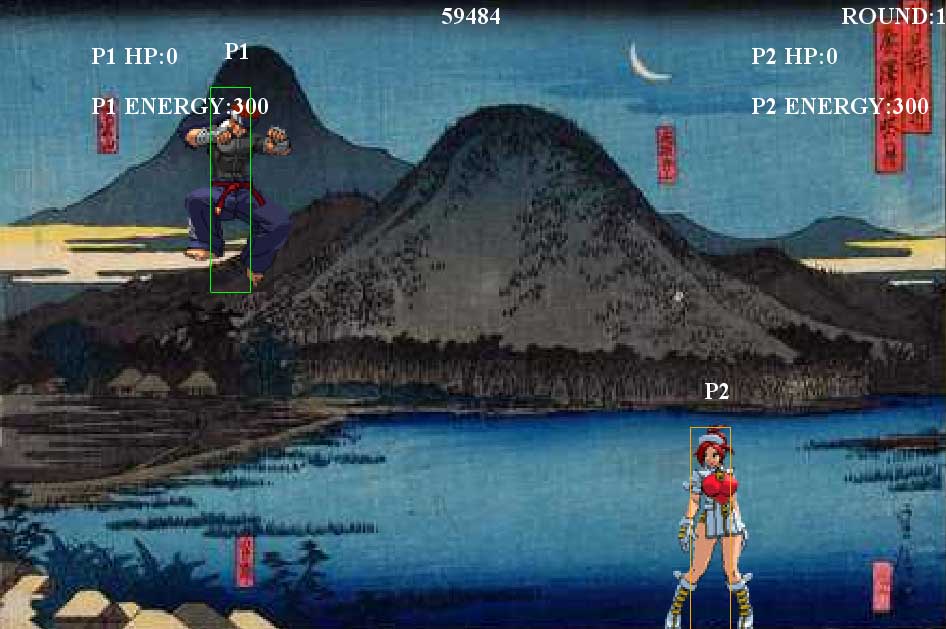 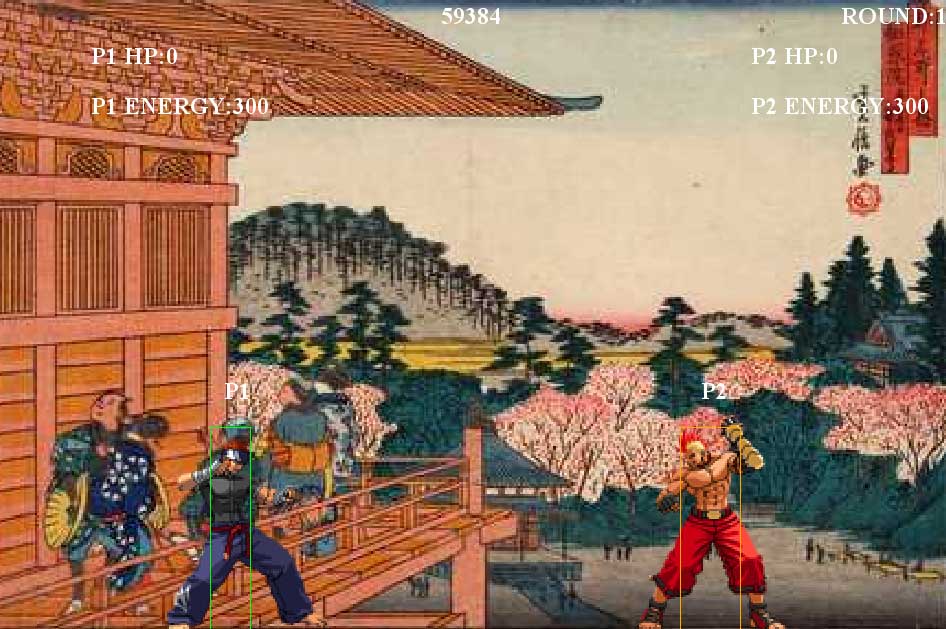 Next, Thawonmas is developing game AI that emphasizes storytelling to promote mental health. The PPG explained above falls into this category. He constructs algorithms for AI that creates a pattern of initial struggle, a gradual comeback, and finally, a reversal victory. The challenge is to derive functions that restrict character movements to create natural story progression that does not feel sudden or forced.

A unique development involves games that induce smiles. A system using Science Birds (SB), a clone of the action puzzle game Angry Birds developed by overseas researchers, uses a web camera to recognize player facial expressions and is programmed so that smiling triggers switches for shooting and other actions. Thawonmas explains, “A lot of research on the correlation between smiling and health has been conducted in the field of health science. We’re planning on verifying the health effects of our proposed system through clinical trials.” He shares his vision: “In the future, I want to develop games that can help prevent depression.”

Another multiplayer game developed based on SB, AngryICE, is equipped with a chatbot*. It is designed for multiple users to participate and play by working together. The aim is to promote social health by inducing user behavior and conversations.

Thawonmas plans to make all the games he develops available for free. FightingICE has already been released. His goal is to make broad contributions to society while boosting the evolution of AI to entertain humans.

*Chatbot: A program that uses AI to autogenerate text and voice to converse and exchange messages. 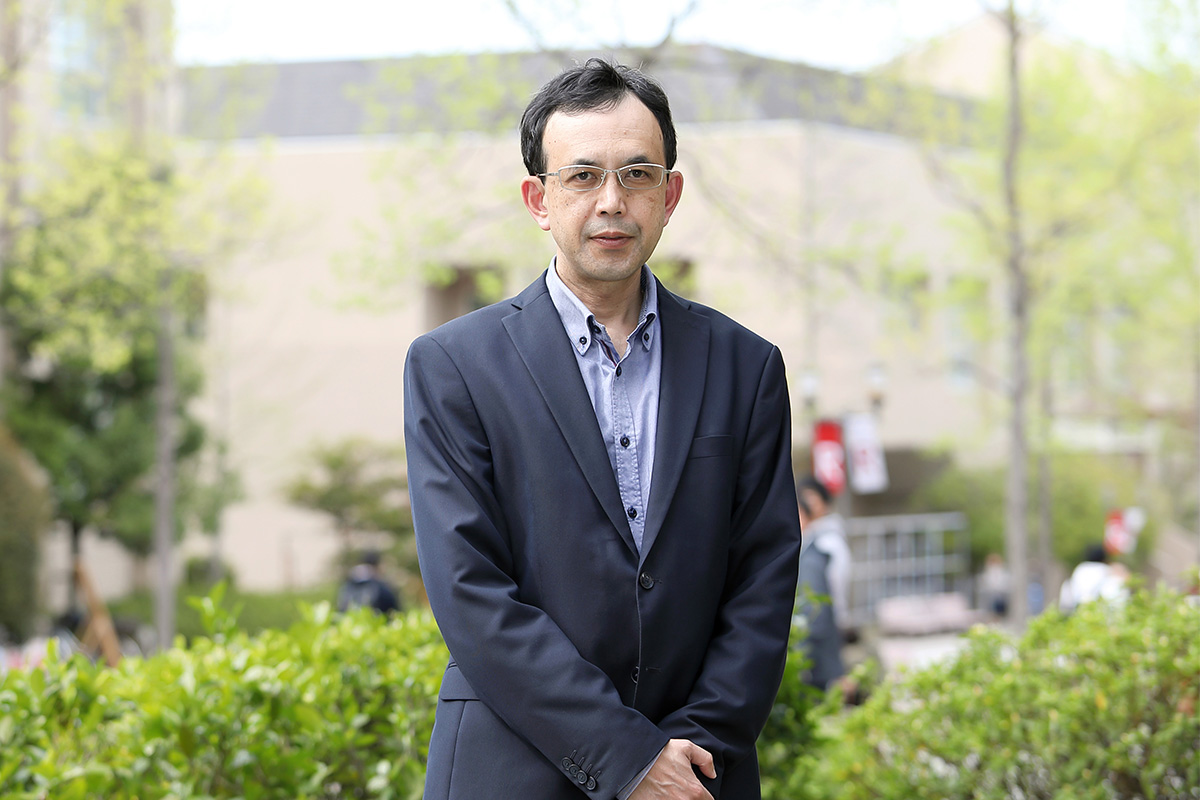