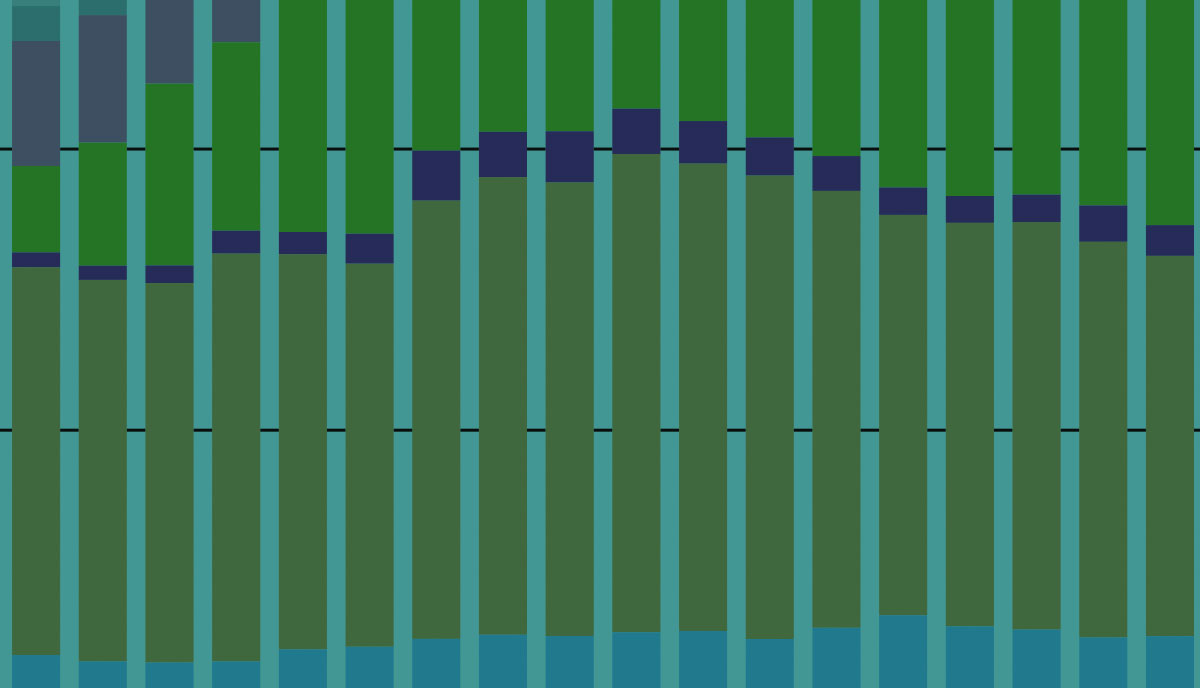 Transition in character count of game names in the game archive

Along with manga and anime, digital games are representative of contemporary Japanese pop culture and epitomize one of the genres in which Japan leads the world. In the academic realm, Game Studies has become a popular research field among researchers from all over the world. A pressing concern is that there are few game materials that are subject to research.

“Ritsumeikan University has worked on the research and archiving of home video games since the late 1990s and currently has about 8,000 pieces of game software,” said Kazufumi Fukuda, who plays a central role in the archival efforts of the University. The Ritsumeikan Center for Game Studies (RCGS), which was founded in 2011, became a member of the official consortium for developing the Media Arts Database of the Agency for Cultural Affairs, which started a year earlier. Fukuda and others have been making progress in the creation of a game database.

“Game archives have several difficulties that are different from those of publications,” Fukuda said. One of the major issues is copyright. When saving and publishing screenshots of game screens and videos of plays, permission from the game’s creator is necessary under copyright law. However, there are cases where copyright holders cannot be found owing to corporate bankruptcies or absorption mergers, and a clear solution to the situation seems non-existent. It is also a challenge to archive games, such as online games, where “the entity is a phenomenal existence that is difficult to grasp,” in the words of Fukuda.

Despite such difficulties, Fukuda expressed optimism: “There is a big advantage in having Kyoto, where Ritsumeikan University is located, as a base for game archiving and research. Famous game makers are gathered in Kyoto, including Nintendo, which has become synonymous with digital games in the world. In addition, I feel that the ‘venture spirit’ of the region of Kyoto has made it the land of game development, where newness and creativity are indispensable.”

Meanwhile, the “cataloging” is an important issue in the archive. Fukuda mentioned having pondered “how to design a catalog of games” since becoming involved in the creation of a bibliographic record for the game archives of RCGS and the Agency for Cultural Affairs. At present, developing the cataloging standard is progressing; anyone can conveniently search for materials stored in libraries worldwide.

“In 2010, there was a major revision in the cataloging standard, called Resource Description and Access (RDA), adopted by many libraries in the world. As can be inferred from this name, the role of catalogs has changed from the classification of materials to tools for accessing materials. I have the impression that Japan is lagging behind in this trend,” Fukuda explained.

The basis for designing such international cataloging rules is the concept called Functional Requirements for Bibliographic Records (FRBR). Fukuda indicated the possibility of applying this FRBR model to the game cataloging.

Fukuda added, “In FRBR, there are four major bibliographic entities, namely, ‘Work,’ ‘Expression,’ ‘Manifestation,’ and ‘Item,’ but in the case of games, these can be applied only limitedly.” Fukuda expressed interest in “the possibility of creating a game data model with a model close to FRBR.” If a game database that follows the cataloging rules of international standards can be created, its usage method could be expanded globally, enabling easier cooperation with overseas rights-holder organizations.

Fukuda also conducts applied research on catalogs. One of them is a study that chronologically tracks the number and types of characters in the titles of about 30,000 home video games.

“In the 1980s, when the Family Computer was released, titles in katakana characters were mainstream, but after 1990, titles in English alphabet characters suddenly replaced the ones in katakana,” Fukuda said. Meanwhile, the number of characters generally increased, but after the release of the Nintendo DS in 2004, the game design changed, and simple titles such as Magic Taizen (“Master of Illusion”) began to grow in popularity. Fukuda noted that “the popularity of simple games increased, in contrast with role-playing games, etc., and the titles were shortened.” Further, it became clear that the proportion of character types changes with the strategy and personality of the game creator. For example, a large proportion of Chinese characters are used in games based on historical events.

Fukuda expressed his willingness for further research saying, “Accumulating research targeting cataloging is yet to begin.” 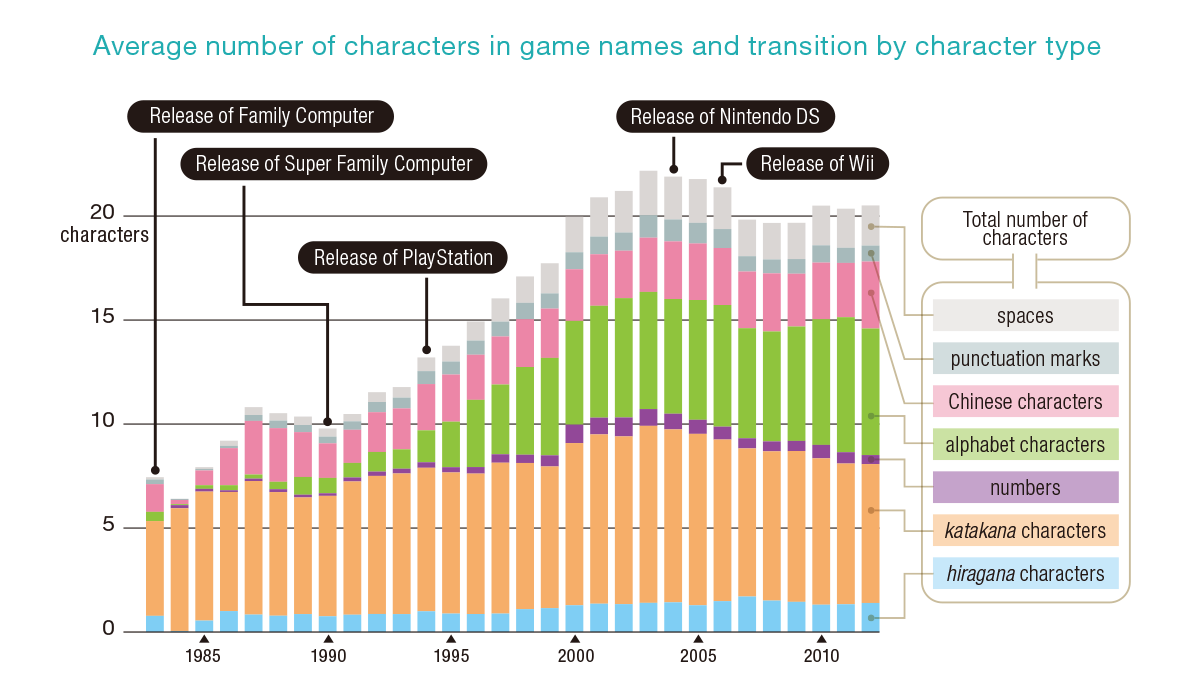 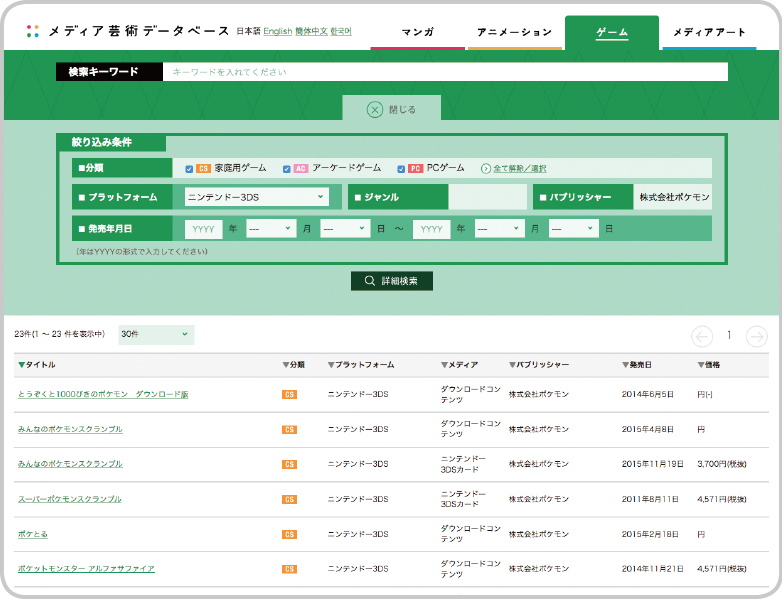 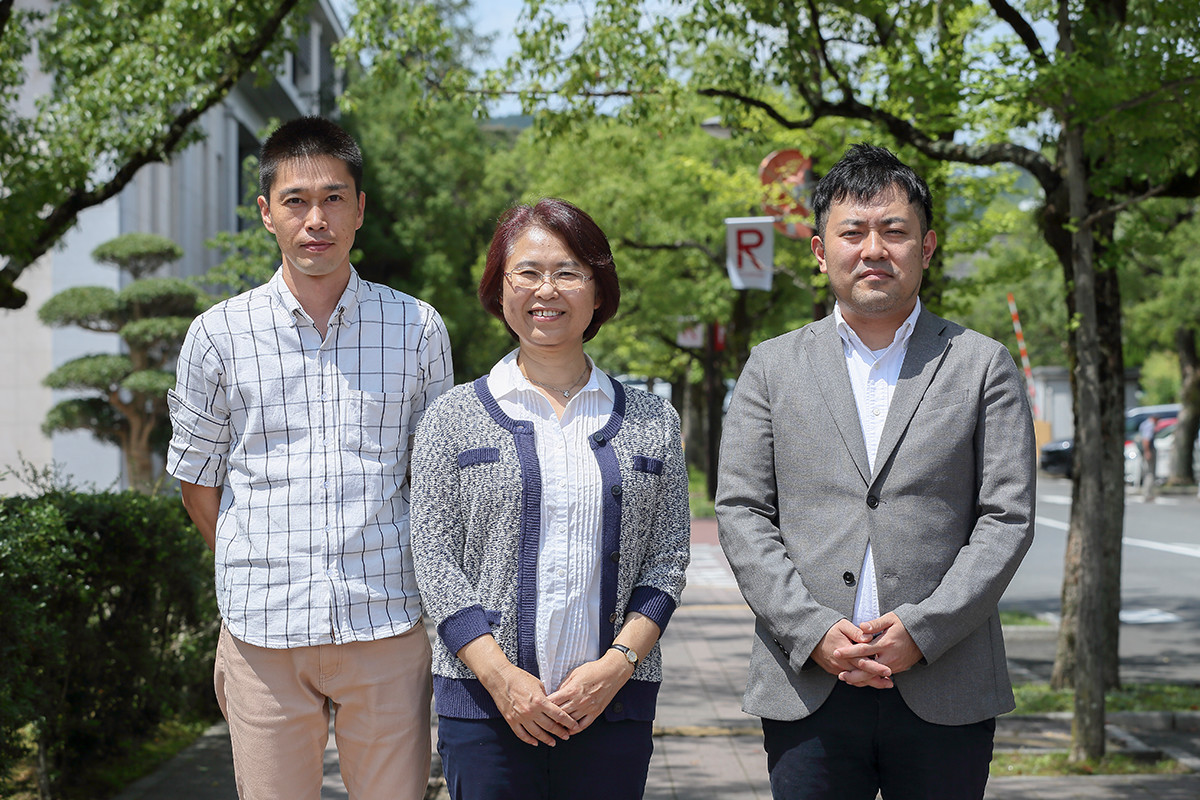