Approximately 1,200 years have passed since Heian-kyo was built in AD 794, and the original network of roads from that time still exists within the city area of Kyoto, crossing each other in a grid, like the lines on a Go board. While maintaining this road network, roads for automobile traffic were then added during the modern era, resulting in a townscape with a mix of narrow and wide streets at equal intervals.

In the present day, cars and people go across narrow roads in all directions, with many places where traffic accidents are likely to occur. Keiichi Ogawa, who studies traffic phenomena on roads and contributes to urban transportation planning and traffic operation management, said, “It is not easy to maintain the roads according to the current needs when those roads were made in times where there were no cars.” In particular, what Ogawa has observed is that the use of bicycles is increasing as a means of urban transportation. This switch from automobiles to bicycles has been accompanied by certain expectations, such as the formulation of bicycle network plans in each area to relieve traffic congestion and reduce the negative environmental impact.

According to Ogawa, among the various means of transportation, including automobiles, railway, buses, or by foot, bicycles are said to be the fastest means of transportation in large cities such as Tokyo, provided it is within a distance of about 5 km. “However, one cannot claim that this is always the case because in regional cities, such as Kyoto, as well as in suburban areas, the level of service available for the means of transportation and the characteristics of the roads are different from that of large cities,” Ogawa explains. In fact, when Ogawa calculated the effective distance for riding bicycles in three areas—Nakagyo Ward in Kyoto City, Muko City in Kyoto Prefecture, and Kusatsu City in Shiga Prefecture—and found that the range of distance where the use of a bicycle is advantageous was between 0.47 km and 3.95 km in the Nakagyo Ward, 0.47 km and 3.23 km in Muko City, and 0.47 km and 2.91 km in Kusatsu City. This shows that regional differences exist.

“In Kyoto city area, the distance that the use of bicycles would be faster than the use of other means of transportation is long. However, as one goes further out to Muko City, Kusatsu City in Shiga Prefecture, and further out into suburban areas, other means of transportation such as automobiles, become more effective. In considering measures to promote the use of bicycles, it is necessary to take the actual circumstances into account in each of these areas,” Ogawa explains.

Ogawa points out that current traffic improvements are not keeping up with the increase in bicycle use, saying “although bicycle use is recommended, bicycle traffic spaces are not adequately prepared in the many roads. In addition, as people are not fully aware of bicycle traffic laws, the riding of bicycles on sidewalks is chaotic, and traffic accidents with pedestrians and cars are becoming a problem.”

According to Ogawa, the Guidelines for Creating a Safe and Comfortable Environment for Bicycle Use issued by the Bureau of Public Roads of the Ministry of Land, Infrastructure and Transport, and the Traffic Bureau of the National Police Agency in 2012, describe three types of environments: bicycle tracks, bicycle lanes, and mixed-vehicle lanes. Of these, it has been decided that infrastructure for bicycle lanes or mixed-vehicle lanes should be built. This is because, in general, it is said that it is safer for cyclists to ride on the roadways than on the sidewalks, and even if one were to ride on the sidewalks, it is safer to ride on its left side than on its right side. As Ogawa pointed out, however, the traffic situation varies from region to region, thus making it difficult to discuss this based on a one-size-fits-all approach.

Ogawa calculated the probability of a cyclist encountering a traffic accident between the points of departure and destination, based on the frequency of accidents involving bicycles at intersections. Ogawa used existing statistical surveys that have targeted the downtown area of Kyoto City, which has a grid-like road network, and the suburbs of Kyoto City, which have a non-grid-like road network, near Rakusai New Town. He assumes two cases that describe the directions in which bicycles travel: riding in one direction on the left side of a sidewalk or roadway and riding on both the right and left sides of a sidewalk.

“As a result of the analysis, I found that the probability of encountering a traffic accident is lower when riding on a sidewalk or a roadway on the left side for long distances of 3 km or more in total. Also, when comparing sidewalks with one-way traffic to roadways with one-way traffic, the probability of having an accident is lower with the roadways with one-way traffic,” Ogawa says. The findings of the analysis thus turned out to support the aforementioned theory that the roadways are safer than sidewalks, but if one were to ride on the sidewalk, riding on its left side is safer than on its right side. However, “it should be noted that this trend is more prominent in Rakusai New Town than the downtown area of Kyoto City. Even if it is a relatively short distance of around 1.5 km, the probability of encountering a traffic accident becomes smaller where the sidewalks or roadways have one-way traffic.” In the downtown area of Kyoto City, there are alternative routes that are almost of equal distance and many intersections with traffic lights. However, this is not the case in New Town. Because the latter has a complex shape and is separated from neighboring areas, detours are often necessary, which increases the number of roadway crossings. Therefore, the probability of encountering a traffic accident increases.

“Even in laying an infrastructure and space to be used as bicycle passages, the consideration of places and directions that the bicycles will pass through depending on the characteristics of the road network and the distance to be traveled by its users will lead to a reduction in traffic accidents,” Ogawa says.

The number of tourists visiting Kyoto is increasing to an unprecedented scale. Thus, road traffic policies that make it possible for people, vehicles, and bicycles to move around safely are required. 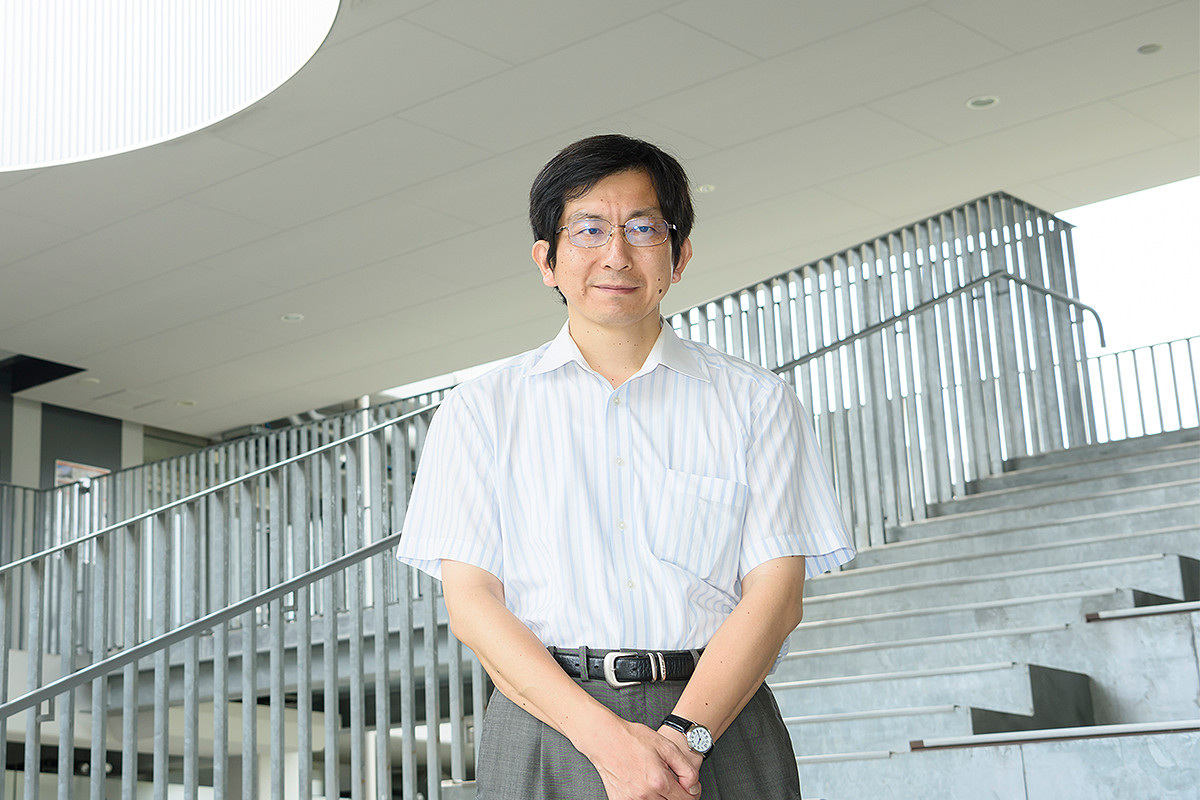