Professor Acharya's non-cosmological, but nonetheless non-mainstream categorization of the development of the thoughts and waves of International Relations focused on key trends within the history of the past century and a half. The emergence of IR – the so-called genesis period,  emerged in pre-WWI times in a context of scientific racism and imperialism. The shaping of this discipline took place during the creation-period (1919-1939). During this period, inter-state conduct as well as inter-human relations (particularly diplomatically) are seen to have considerably influenced IR-thinking. The outcome of the political and diplomatic turmoil of that period has led to the Americanization of IR (1945-1989) and provided fruitful ground for the disciplines susceptibility to events such as the Cold War and European Integration. It is here where IR manifested itself as an American social science by means of streamlining its theories. The post-Cold War term, circumscribed as a pluralization from the core and periphery (1989-2008), is seen to be markedly more critical and post-positivist and eventually developed into what Professor Acharya refers to as the Globalization of International Relations (2008 ~). In regard to the latter, a phenomenon worth noting is the increasing resistance to academic Western dominance. Here, however, Professor Acharya emphasized that one is advised not to engage in resistance, but rather in the emancipation of one's mind and one's ways of understanding.

Overall, Professor Acharya's lecture was a great enrichment to Ritsumeikan's academia and that of the realm of IR, more generally. He provided the audience with inspiring assumptions which certainly left its post-positivist mark on some students and faculties. Criticism appeared to be encouraged for the sake of the aforementioned academic emancipation, and Professor Acharya's insights more generally provided a great foundation for follow-up research or equally critical academic endeavors. 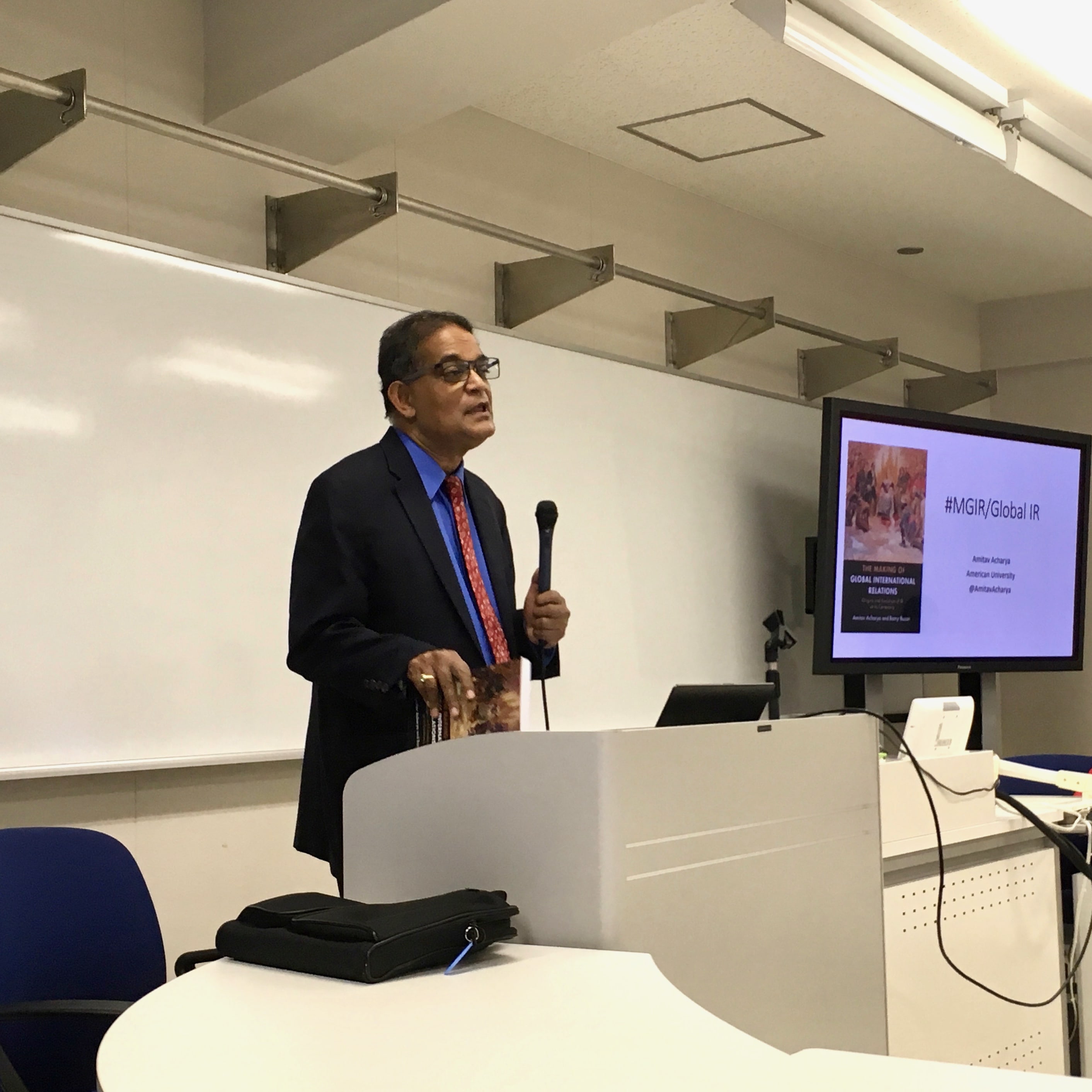 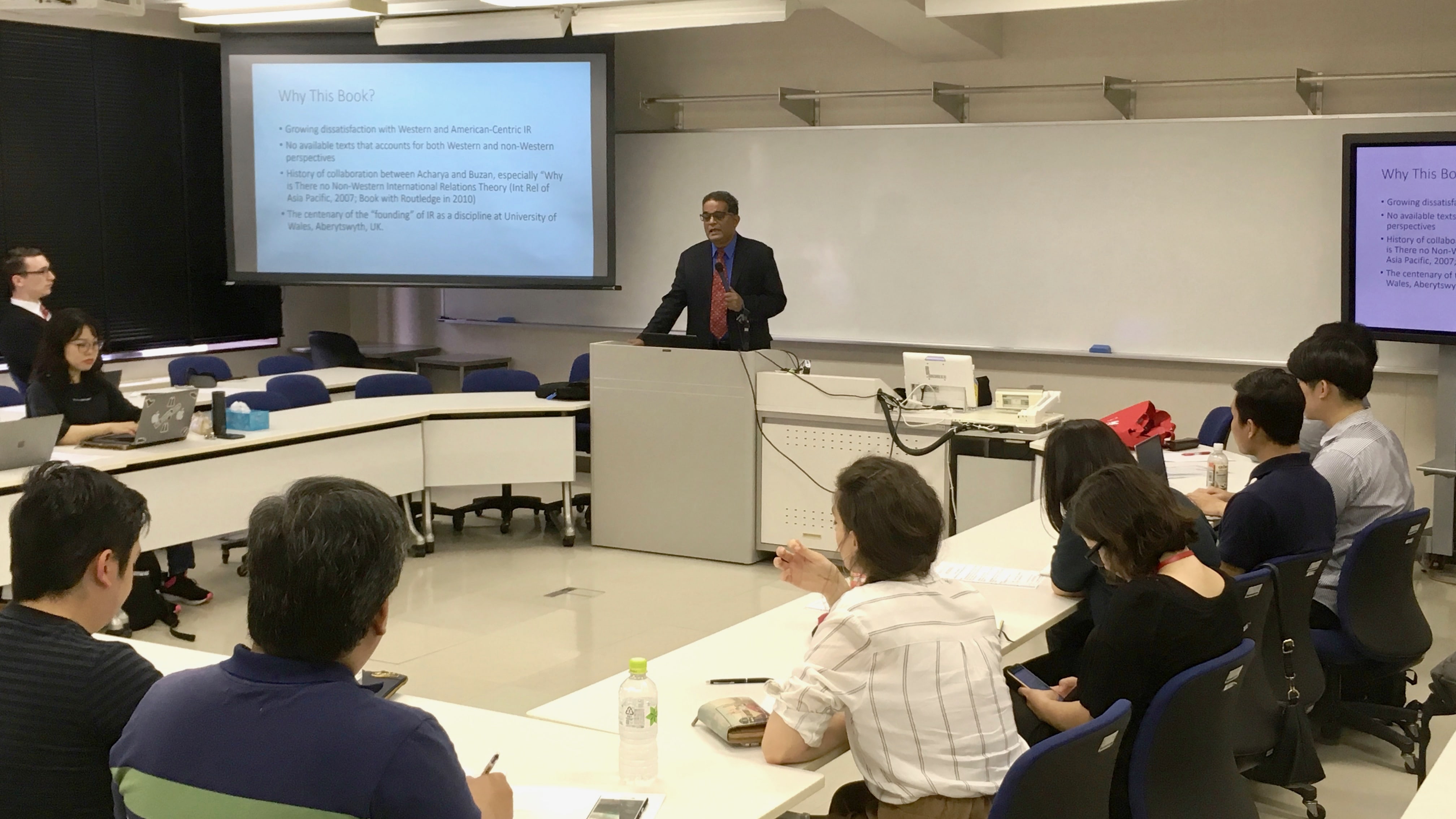