Through the voices of ordinary citizens, the tragedy of state failure and its background come into focus.

As of 2018, the Syrian conflict, said to be the worst humanitarian crisis of the twenty-first century, has entered its eighth year. The antagonism between the Assad regime and the opposition was brought out into the open during the Arab Spring of 2011. This antagonism developed into a conflict, and eventually, the extremist group Islamic State (IS) appeared from among the opposition groups. Even after IS lost its clout, with the military intervention of its neighboring countries and major powers, the path to resolution is nowhere in sight. More than half of its entire population has been forced to take refuge from the wartime destruction, either within Syria or abroad, and tens of thousands of lives have been lost already.

“We are prone to believe that the conflicts and political turmoil in the Middle East are due to some unfathomable special causes. There is truth to this in some respects, but we will never be able to develop an understanding by fixating on the differences. I believe that we can better understand the politics of the Middle East by discovering uniqueness and peculiarities, as well as commonalities and universalities.” These are the words of Kota Suechika, who has been grappling with this problem from the standpoint of Islamism.

According to Suechika, Islamism is “a political ideology rooted in the teachings of Islam that aims to bring about social change and nation-building.” Suechika explains the importance of analyzing Islamism from a long-term perspective of more than a century. The issue of the relationship between politics and religion that came about with the collapse of the Ottoman Empire was long sealed away at the hands of dictatorships. The Arab Spring greatly changed this situation. Movements to reflect Islam in politics came out into the open, and such voices have grown stronger. Suechika moved his attention to this relationship between politics and religion that was now being re-evaluated and has since studied what influence Islamism has on politics in the Middle East, as well as how the relationship between the two will change in the future.

Numerous studies on the Middle East and Islam have been conducted in Japan as well, but they are still at an early stage when it comes to the attempt to cover both topics. It is for this reason that Suechika’s research, which is fleshing out the reality of Islamism and using its clues to reassess Middle Eastern politics, has garnered much attention. 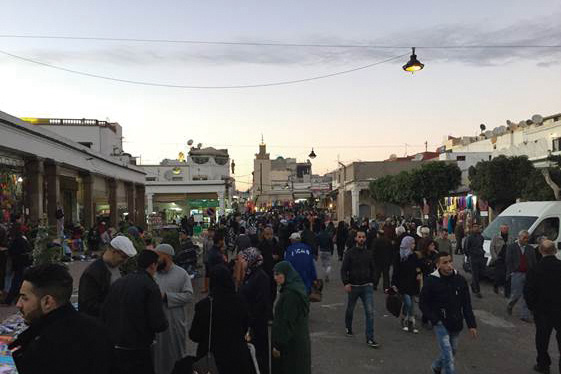 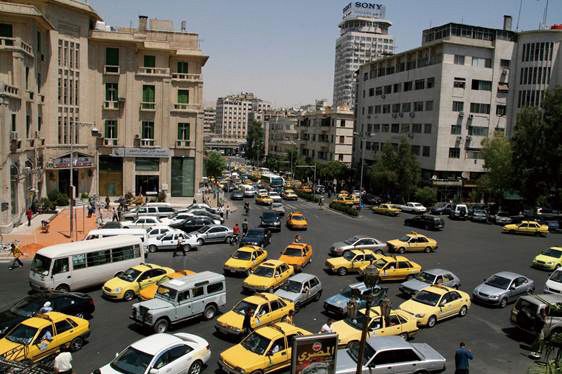 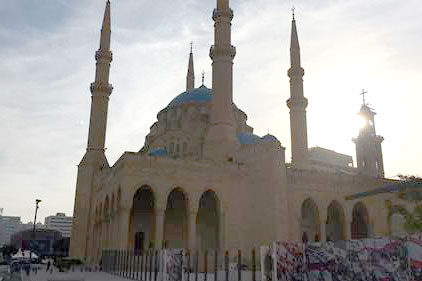 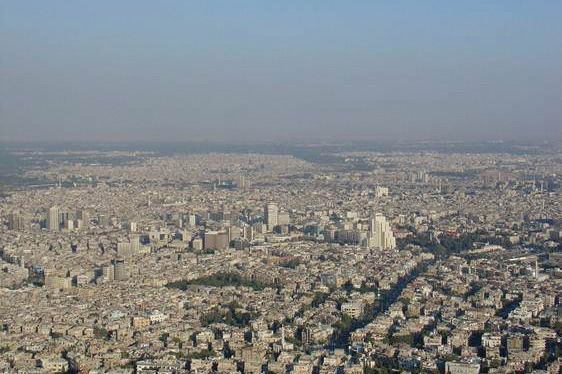 “However,” Suechika explains, “it goes without saying that Islam does not influence all political phenomena of the Middle East.” The politics of the Middle East contain a diverse range of topics such as dictatorships, democratization, conflict, war, and economic problems relating to oil resources.

Recently, Suechika started a new research project focusing on conflict and state failure in the Middle East, as a way to add a new perspective on the research he had conducted thus far. He discusses countries like Syria and Iraq that have experienced conflict and tries to clarify why conflicts and state failures occur, as well as what problems are caused by such failures.

“State failure is by no means a domestic problem. If a state fails and conflict ensues, not only will the people of that country suffer, but it will have a major impact on international society as well.” The Islamic State that emerged from the Syrian conflict built a “state” that encompassed a vast territory across Iraq and Syria, and then called on Muslims all over the world to become its “citizens.” It is well-known that, as a result, terrorism has become rampant, not only in the Middle East but in Europe and North America as well. 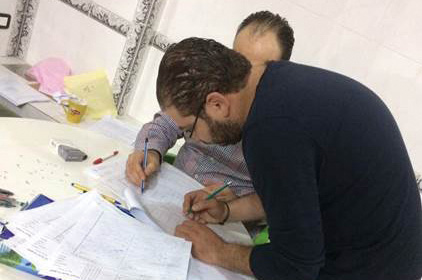 However, in the field of Middle Eastern political studies, globally, the research on conflict and state failures has seen limited progress. An indispensable part of area studies is to head out to the actual locations and collect the voices of its peoples, as well as its literature, but this is practically impossible in conflict zones. As such, Suechika’s research project has commissioned a local research institute to conduct a large-scale opinion survey, in an attempt to collect the voices of its residents. In 2017, they managed to collect data from about 1,000 people each from Syria and Iraq. Such a collection can reveal the thoughts and attitudes of ordinary citizens, which are difficult to perceive from the macro perspective. “The detailed analysis will take a bit longer, but the data is beginning to show aspects different from what are commonly claimed to be their thoughts or what had been previously thought of as common knowledge, in relation to Middle Eastern politics.”

Suechika says that a common misconception about conflicts in the Middle East is that the cause is sectarian antagonism. For example, the civil war in Syria is a confrontation between the Assad regime, which advocates secularism, and the opposition, which seeks to restore Islam in politics. In other words, the conflict is about whether or not to have religion, rather than a confrontation between different sects. Suechika states that the findings of this opinion poll have corroborated the views held by him and his colleagues.

Suechika explained that “in Japan and the Western world, where the separation of church and state and secularism are taken for granted, we are prone to think the cause of conflicts in the Middle East is religion. However, in reality, not all of politics is driven by religion, and some places are no different from the countries and regions where we live.” Perhaps the Middle East may appear different at first glance, but the causes and mechanisms of conflict or peace may be surprisingly universal. Suechika expressed his zeal, saying, “With the current research project, I want to pursue the methodologies and techniques further to gain a better understanding of Middle Eastern politics.” 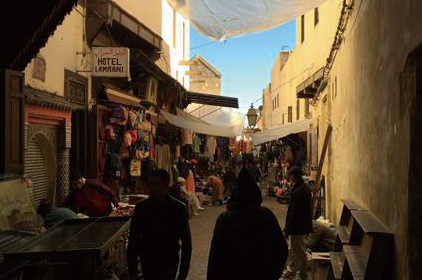 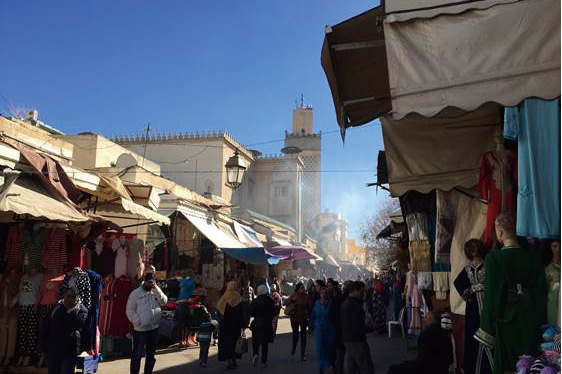 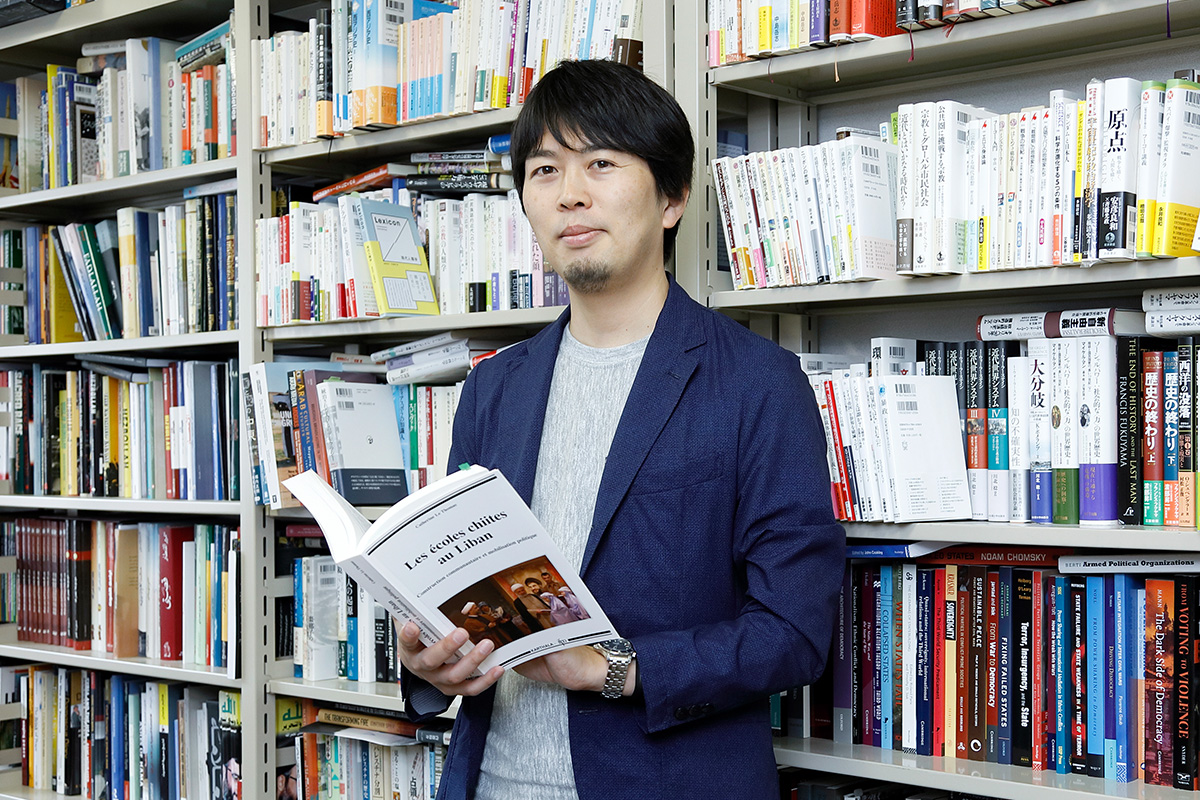