Automobiles automatically traveling on roads safely and comfortably without being driven by humans, but taking people to their destinations - With current advances in AI, such automated driving is becoming true. Competition for technological development is severe, with well-known automobile manufacturers from around the world competing ruthlessly. However, for full automated driving, further breakthroughs are required.
“Just pursuing AI technology has limits,” says Takanori Fukao, studying a wide range of intelligent vehicle systems, from self-driving cars to blimp robots and automated agricultural vehicles. “We cannot create innovation unless giving full consideration to AI technologies as related to the perception, assessment, and sensing of surrounding environments, as well as motion control and other mechanical aspects of automobiles, plus actuator and power control.” In cutting-edge research domains where specialist fields are becoming increasingly fractionalized, Fukao is well versed in a diverse range of knowledge and technologies in different academic domains, such as AI, computer vision, machine control, and system integration. He is in fact capable of integrating these toward the resolution of various issues, which is his main strength.

One such achievement is the development of platooning technology for automated driving. Germany is the world leader in automated automobile driving technology, and has produced an example of platooning with an inter-vehicular distance of 10 meters, but in a joint development project with the government and corporations, Fukao achieved platooning for self-driving trucks running at 80 km per hour with an inter-vehicular distance of just four meters.

What should be seen by sensor? How should it be controlled with the collected data? The accumulation of know-how and technology resulted in platooning at a speed of 80 km per hour with an inter-vehicular distance of just four meters.

“We successfully built an algorithm that can take advantage of both robotics and vehicle dynamics, and based on control design, we were able to stably maintain inter-vehicular distance with high precision,” Fukao says. “We also made a mathematical model of human eyes and driving mechanisms to integrate automobile measuring with control. In addition, we studied the installation positions of vehicle-mounted cameras for sensing, along with measuring points.” By combining various models from cognitive to dynamic models such as machines and actuators, he has come close to smooth automatic steering and platooning that is safe, precise, and very close to human driving. He has already finished running tests on public roads, in addition to adverse environments such as strong wind & rain conditions. A certain automobile manufacturer is currently working on commercialization.

Fukao also has many achievements regarding the study of blimp robots. One of these is the development of unmanned disaster monitoring systems. He has created a technology that can take photographs of the ground with rotating cameras while the robot is automatically flying in the sky, so as to acquire 3D information and create detailed 3D maps that cannot be obtained from artificial satellite images. 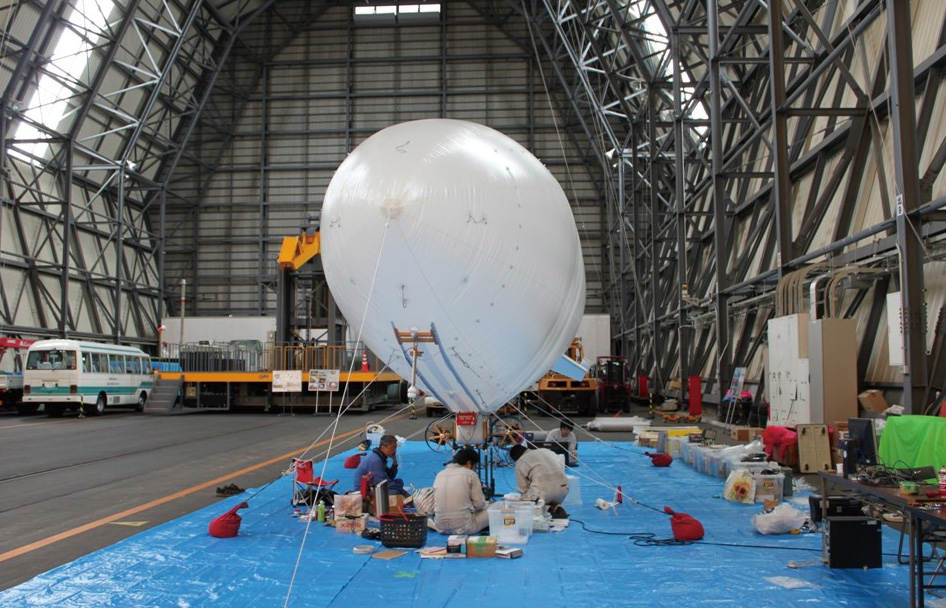 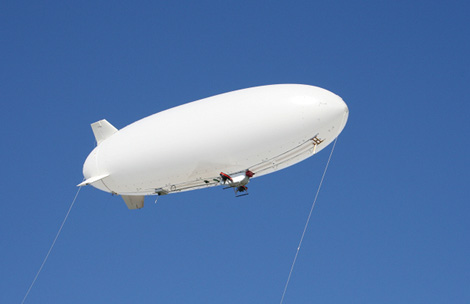 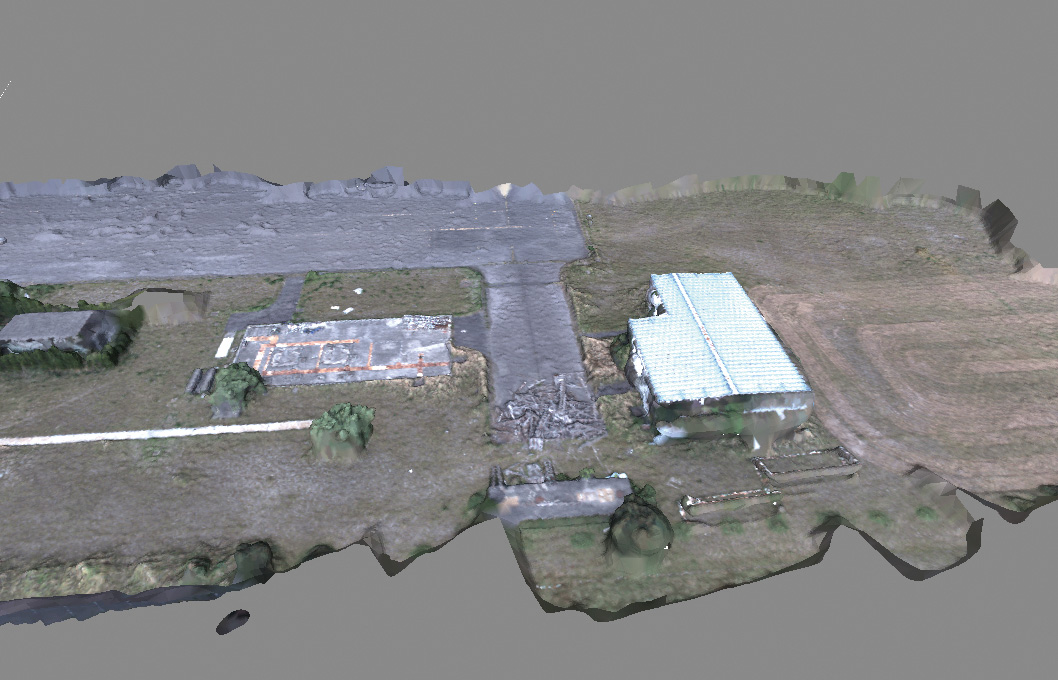 Approaches disaster-stricken sites from the sky that are otherwise difficult to reach, using a stereo camera to generate a 3D model (photo: right). By quickly understanding site conditions and providing information, rescue within 72 hours from a disaster area is possible.

The next thing Fukao turned his attention to was the robotization of agricultural vehicles. “Labor shortages due to the decrease in the number of farmers and the aging of society are becoming more and more serious in Japan,” according to Fukao. “Young people do not want to take up agriculture, as it doesn’t pay well in spite of the labor involved.” He considers that agricultural robots could help solve such issues. At large-scale farms overseas, the automation of large tractors has already made progress, while unmanned tractors contribute to labor-saving and efficiency promotion in farm work. However, these automatic tractors are so large and expensive that it is difficult to introduce them into Japanese agriculture. Fukao thus jointly developed with a company an ultra-compact-sized and high-precision special sensor to enable tractors to identify their locations, making drastic cost reductions possible. 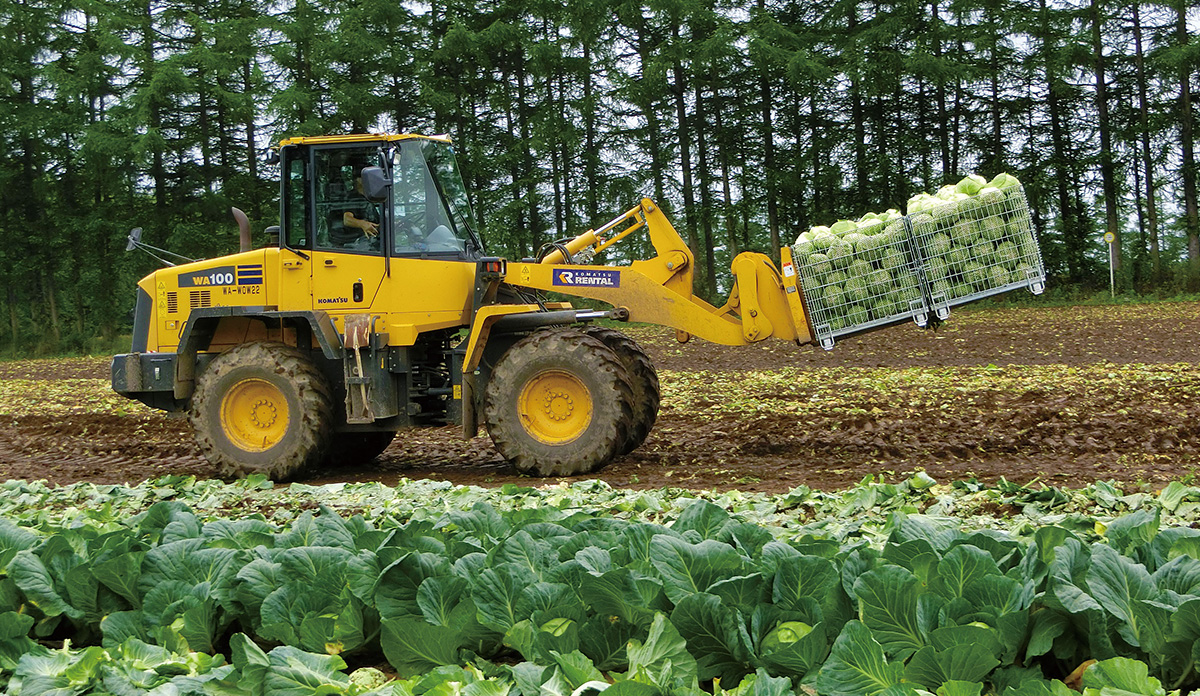 Fukao is currently focusing on the development of vehicle robots for harvesting and transportation. He is now making strenuous efforts in the development of automatic harvesters for cabbage, onions, and other vegetables. “It is difficult to reproduce human expertise with machines. When a person operates a harvester, he will grab the root of a cabbage depending on a subtle sense of fingertips and will perform the harvest with delicate manipulation. To reproduce this delicate manipulation based on experience and sense with a machine, we need to understand where we should sense and how such should be communicated, in order to control the mechanisms. In other words, the work process from perception to motion is considered as a continuous value, and it needs to be linked to steering. How should we combine sensing, control, and driving so as to build an optimal system? Finding a solution is most interesting,” Fukao says.

In addition, he is recently working on the development of an automatic machine that can move freely within an orchard and that performs fully unmanned mowing, agrochemical spraying, and harvesting. Here again, he is tackling difficult problems such as steering technology to move across uneven ground and among fruit trees standing close to each other without crashing into them or falling over, along with a reproduction of “human skills” that can smoothly and speedily pick fruit with the machine. “I am aiming to commercialize this technology within five years,” Fukao says. A future where intelligent robots take care of agriculture in place of people is getting closer. 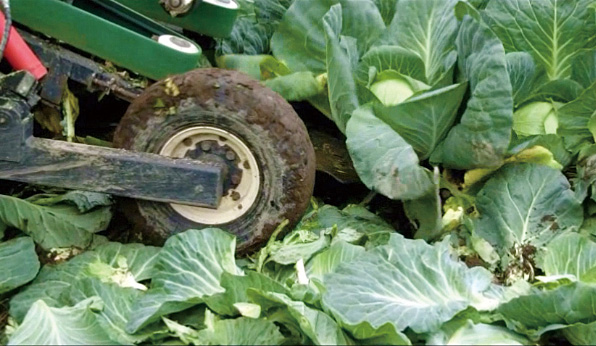 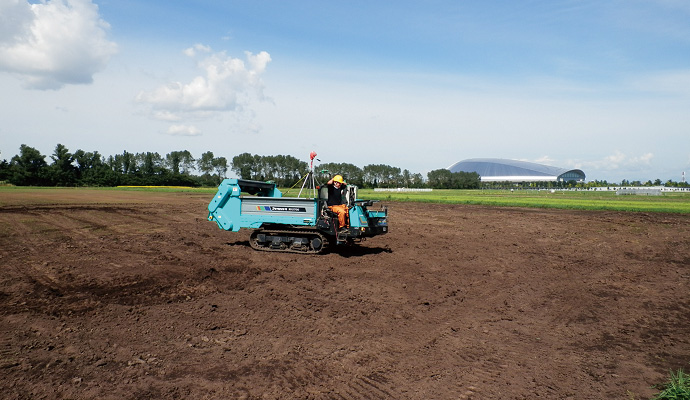 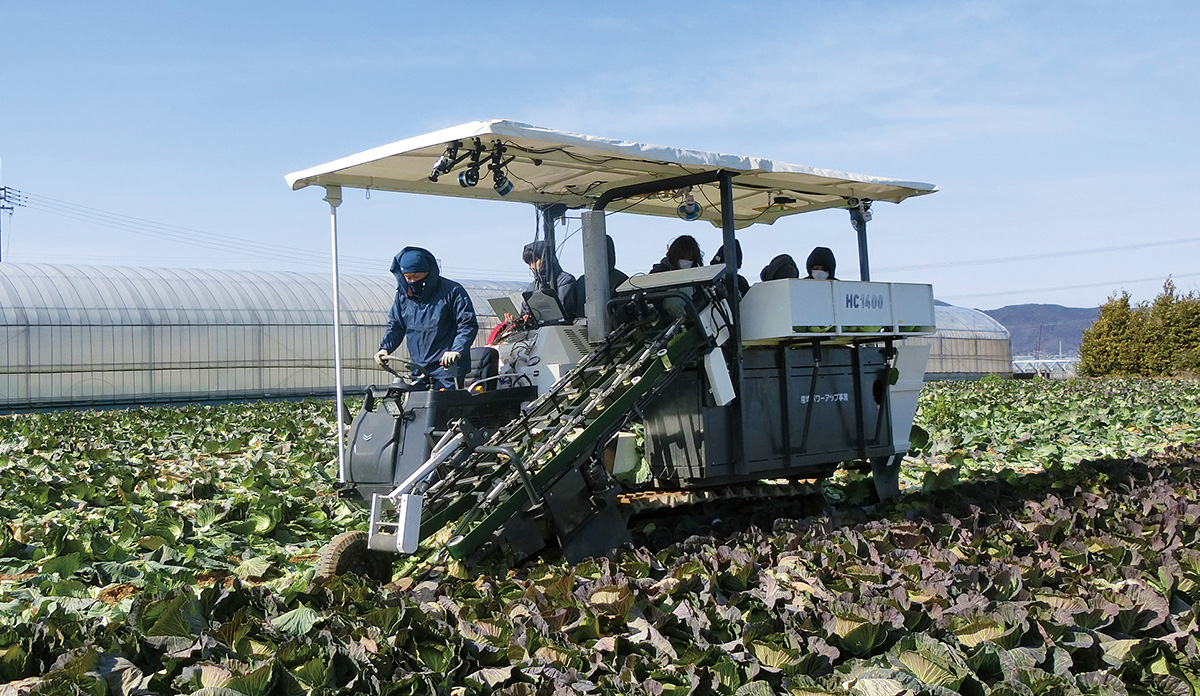 Development of practical robotic technologies that can solve the many difficult problems regarding the aging of human resources involved in agriculture in Japan, from cabbage fields to orchards, and from mowing to harvesting. 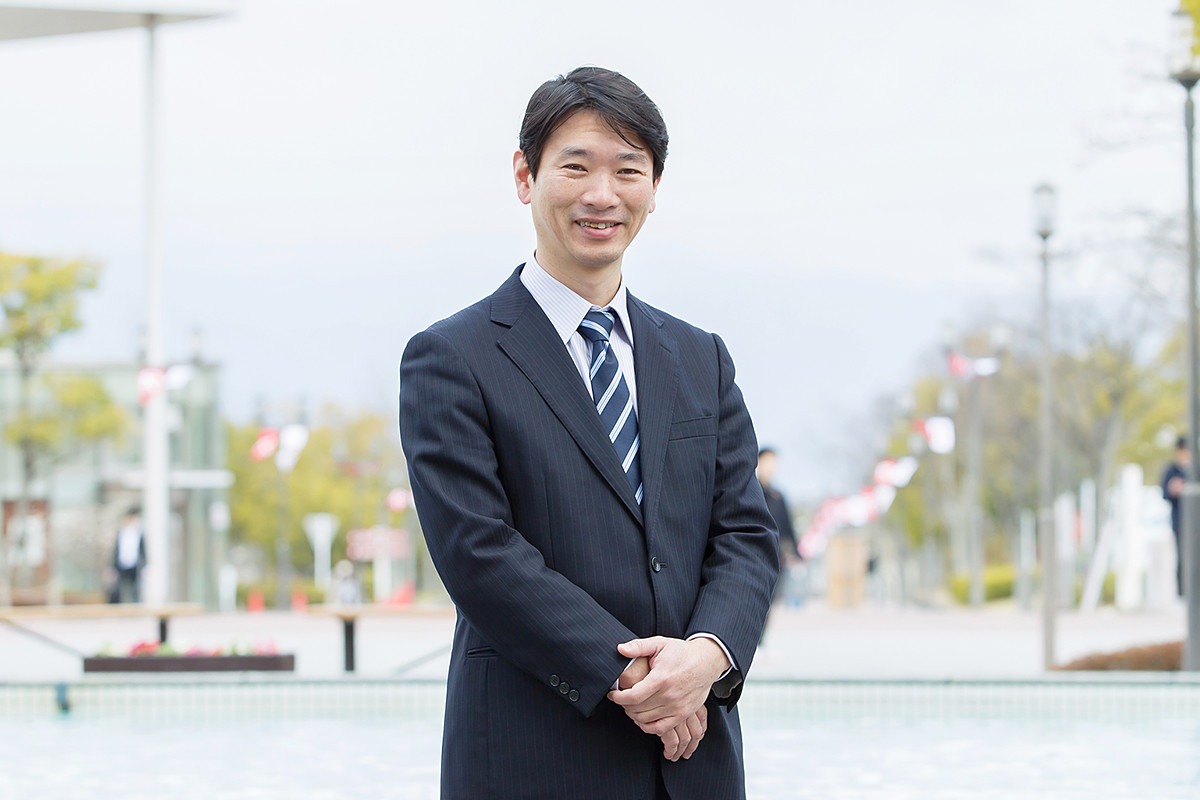