Research Plan for FY2018 and Beyond

The Ritsumeikan Inamori Philosophy Research Center was first founded in 2015 with the assistance of Director Emeritus, Dr. Kazuo Inamori of Kyocera Corporation, with a view to spreading and popularizing the Inamori management philosophy.

However, the global climate and socioeconomic situation of the world around us has somewhat worsened since the inauguration of the Ritsumeikan Inamori Philosophy Research Center in 2015. Nationalism is spreading throughout the world, leaving the concerns of other nations by the wayside and resulting in a spate of conflict across the globe. Issues such as global warming and poverty that require the all peoples of the world to work together towards a solution have not been properly addressed.

This project was born from a desire to prevent further discord among human society, with a view to spreading and popularizing the Inamori management philosophy as a basis for social and economic ideas from both an educational and training perspective. However, through these efforts we have developed a new realization for just how difficult it is to have the ideal of ‘altruism’ serve as the foundation for society.

The first barrier to this is the ‘overwhelming strength of our desires.’ While we understand that many of humanity’s ills would be solved if everyone went about life with an altruistic mindset, our efforts in promoting this have made us realize just how difficult it is to translate the importance of altruism from a moral philosophical standpoint to acting in accordance with such in our everyday lives. Historically speaking, humanity has looked to the ‘heavens’ and ‘gods’ to curb excessive desires. However, as more and more people stopped believing in a higher power, the more the door keeping our boundless desires in check started to open. Appealing to one’s sense of reason is not enough. Even if many of us understand the importance of altruism in a logical context, we tend to prioritize acting according to our desires out of concern for the future. At the Ritsumeikan Inamori Philosophy Research Center, we are attempting to find the connection between desire and capitalist economic systems as part of a four-year ‘Capitalism and Humanity’ project, with research ongoing this year. We will combine this with research into an ‘economic system that incorporates measures that work to suppress desire (mechanisms to prevent the pursuit of self-interest leading to self-interest)’ based on an understanding that simply ‘restoring norms that keep human desires in check’ and ‘expanding human capacity for thought’ is not enough to achieve an altruistic mind. We plan to have these efforts lead to the attempted proposal and realization of a new economic system tied to ‘altruism’ and ‘knowing when enough is enough.’

The third issue is the differences in our values. As the Inamori management philosophy is deeply rooted in traditional Japanese moral sensibilities, further theorization is needed to justify the Inamori management philosophy and clearly convey why altruism is needed in business management to persons who do not share the same set of values (young Japanese people, foreigners). In the latter half of 2017 the Ritsumeikan Inamori Philosophy Research Center welcomed Professor Ikujiro Nonaka from the Hitotsubashi University in the role of supervisory leader, and planned and conceived joint international research projects looking into the need for an ‘altruistic spirit’ in business management, and in pursuit of the true essence of the Inamori management philosophy. Research activities began in earnest in April 2018 in Japan, the U.K., U.S., Canada, Spain, and elsewhere. Research efforts sought greater insight into the true essence of altruistic management and leadership from an organizational management perspective, and aimed to broaden the understanding to the Director Emeritus’ Inamori management philosophy. While organizational management belongs to the realm of academics, conventional Western-led thought into business administration has continued to focus on advancing management techniques that pursue efficiency above all else. While this trend was accepted as a matter of course in 20th century business administration, since entering the 21st century there has been a growing concern worldwide that a more ‘heartfelt’ approach to business management has been cast aside. In the background to this is a general sense of weariness among corporate organizations born from cutthroat competition in the market which forms an inevitable part of the global economic landscape. This project not only aims to clarify this common understanding, it also strives to call attention to the importance of management practices based on altruism through empirical research into case examples, to advanced theorization into such matters. This academic research shines the spotlight directly on the fact that wise leaders with an altruistic spirit are what are needed most in businesses across the world today. Members from Japan and Western countries will be gathered in Japan for the holding of the 1st Research Workshop at this, the mid-point of the first year of the project, from September 21 to 23, 2018.

I would like to take this opportunity to ask for your continued guidance, encouragement and support for the future research activities of the Ritsumeikan Inamori Philosophy Research Center. 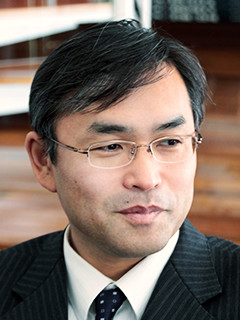 Professor at the Institute for Advanced Studies on Asia, The University of Tokyo. Affiliate Professor at OIC Research Organization, Ritsumeikan University 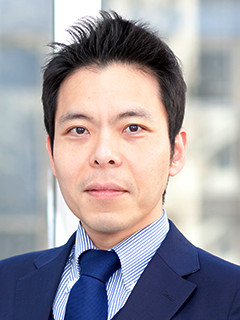 Professor at the Graduate School of Technology Management, Ritsumeikan University 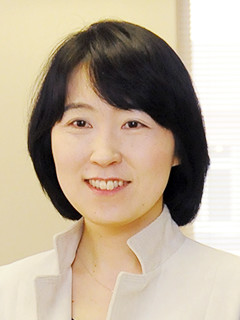 What has the Inamori management philosophy given us?

Professor at the College of Sport and Health Science, Ritsumeikan University 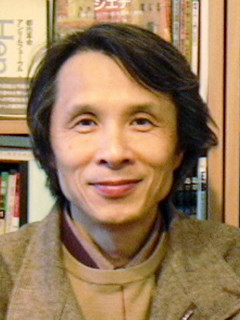 Philosophy and educational platforms that led to the revitalization of JAL: The educational and training platform that revolutionized the way JAL employees thought and acted 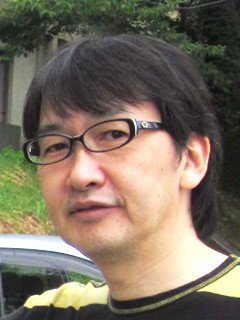 Processes used to ingrain the Inamori management philosophy into SMEs: Focusing on gathering the life history of founders and other business leaders

Professor at the College of Comprehensive Psychology, Ritsumeikan University

Research into the effectiveness of the Inamori philosophy-based corporation transformation

Associate Professor at the College of Business Administration, Ritsumeikan University

Assistant Professor at the College of Business Administration, Ritsumeikan University

Establishing an effective short-term study abroad method based on an altruistic spirit, and verifying the validity of such: Use of the school-wide study exchange program ‘Global Fieldwork Project’ put forth by the International Division as a prototype

Professor at the College of Life Sciences, Ritsumeikan University