On the relationship between learning foreign languages and counseling

2020.07.28 Column
One of my hobbies is learning foreign languages. I learn Mandarin Chinese from my Taiwanese friend while I teach him Japanese on Skype once a week. On the session, we chat up on each other’s lives for a while then read loud books of our choice. He, being fond of history, recommended me “Big river, big sea in 1949” written by Rong Yingtai. Let me introduce this book to you on this column.

After the end of the Japanese rule at the end of World War Ⅱ, Taiwan was transferred to the Republic of China. Vast number of people from Mainland China rushed into Taiwan due to the Chinese Civil war. As native Taiwanese who had experienced Japanese rule had different languages, ways of thinking and customs from those of Mainland Chinese: they couldn’t communicate with each other. This conflict led to genocide against native Taiwanese called “February 28 Incident”, and then to “White terror”. In the flow of history, the Mainland Chinese, especially the Chinese Nationalist Party and its army has been described as having “ruled Taiwan with forth and arms”. This book, however, not only describes them as the weak who lost their homeland, but also mentions pain of native Taiwanese who were forced to accept Mainland Chinese.

This story begins with the history of the author’s family in China. Her mother was a bright and courageous woman. One day, she left home in China, saying “I’ll be back soon”. At that time, she dreamed neither of being unable to return home for decades, nor of the beautiful historical town being submerged under water due to the construction of a dam. She left for a long journey to see her husband who worked as a military policeman. The train was packed with people, so it could be harmful for small children. Thus, she decided to leave her son, who is the author’s older brother, with her husband’s parents. A half year later, when she met her son again, he forgot about her and attached to grandmother. He clung to his grandmother, screamed, and resisted his mother who tried to take him away. Finally, she gave up and left her son knowing that her son wouldn’t go with her. Afterwards, she went to Taiwan with military troops. After the end of the Chinese civil war, not only traffic, but also correspondences were strictly banned between Taiwan and China for about 40 years. After the ban was lifted, the author went to see her older brother in China from Taiwan. The brother said to her crying, “I was bullied by teachers and classmates that I was a son of civil war’s enemy. When I felt sad, I realized my mother who would sooth me wasn’t there for me. Even though I hardly remembered my mother, when I ran into a woman who looked like her, I couldn’t help wondering if she was my mother.” The author`s father, whose life was in danger during the war, escaped, fled to Taiwan, and finally reunite with his family there. When she was young, the father had been trying to tell his children, including the author, the experience of war, the sadness of being apart from his mother. But no one, who was born in a peaceful era, was listening to him seriously. Rather, they teased him. In order to write this book, she read various materials with enthusiasm, listening to people who had survived that era, and she herself visited the place in China where her father fought and escaped desperately. Having made this effort, she finally realized what her father’s trauma was. This was five years after her father passed away.

There are many people in the book with different nationalities and backgrounds. Next, I’ll introduce the stories about approximately 5000 students and their teachers who originally stayed at student dormitories sharing life had got on long distance trains in order to flee to avoid the Civil war in China. As the train was packed with people, some students couldn’t get into the train compartments, they had no choice but to hold the door or climb onto the roof. When the train passed the tunnel, there were always some students who fell and died. Some bodies got stuck in the couplings, and those survived stepped on the bodies and clambered up. They moved from place to place. When they found a safer place, they had classes. The more the battle lines expanded, the more the students died while escaping. Those somehow survived were able to flee to Taiwan, but some of them were compelled to join the army. They were prohibited to write to their family in China.

Taiwan is known by making a large donation after The Great East Japan Earthquake, sending good quality masks after the spread of COVID-19, and also by Tapioca tea which has become popular since last year especially among young people. But Taiwan has a very complicated history. When I read this book, I realized the “winner” or the “strong” as well as the “loser” had psychological pain or sorrow.

The author said that she had to oppress the passion and try to write it calmly. The Civil war and its confusion cost a huge number of lives. As a counselor, I often encounter cases who had lost and grieved for their family members or intimate one. When I read passages like “several young soldiers were dead in the battle”, or “the students who fell off the roof and died were stepped on by their classmates”, I couldn’t imagine how much pain their family went through, or the pain of not knowing if their loved ones were even still alive.

There are some differences between language acquisition of children and learning foreign languages as adults. However, when I speak in a foreign language, it occasionally reminds me of my childhood days. When I couldn’t follow a conversation with several foreigners, even though I could communicate one on one, I felt as if I were a child listening to a conversation of adults. When I was frustrated with being unable to put my feelings into words, my teacher or friends gave me suitable words to express them. Then I felt like they were “named” properly. I thought I naturally acquired Japanese when I was a toddler. But I probably learned it from my family and at schools, and then I gradually became to be able to express my feelings or thoughts in it. This process also occurs in the counseling process. When a client talks to a counselor about the worries or problems which they never tell anyone, the thoughts or feelings will be named, becoming his or her own words. Then the client will be able to think of it on their own.

In the process of the counseling, we often encounter a weakness of a person who is seen as “strong”, or the vulnerability of a person who sometimes expresses their rage or other strong feelings. As the counseling process goes on, the client suddenly recalls forgotten memories which makes both of us surprised. In another case, a client is burdened with the pain or sorrow of a parents’ or grandparents’ generation without being aware of. As the father of the author mentioned earlier, when trying to convey his pain or sorrow to his children, the trauma itself was seeking someone to listen.

When you are distressed, even though it seems too complicated to understand, it could be a sign of a repressed story submerged in your mind and seeking someone to hear it. Please come to visit us at the SSR. We are here to listen to your story. 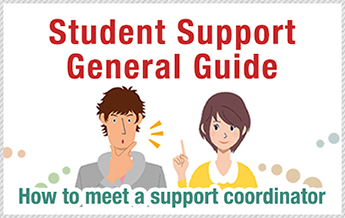