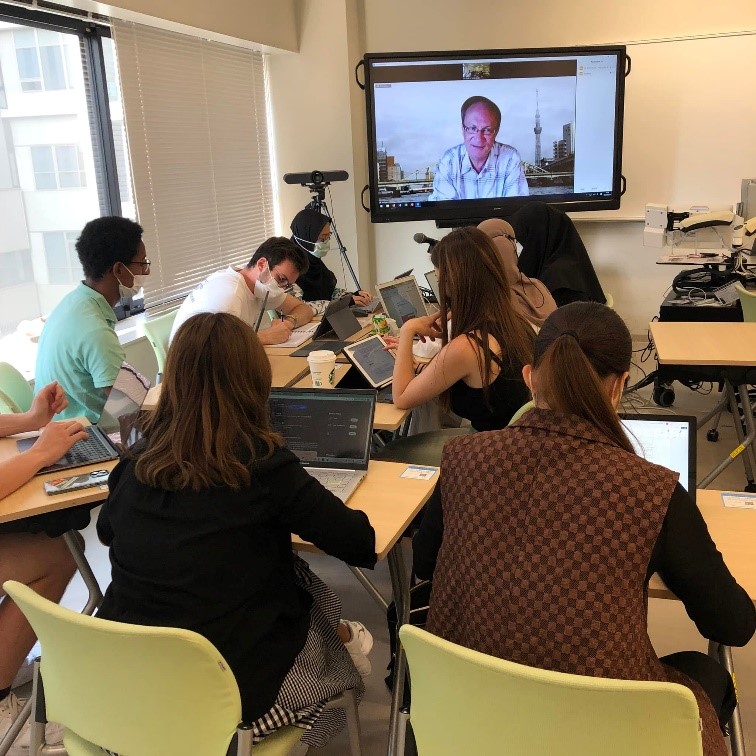 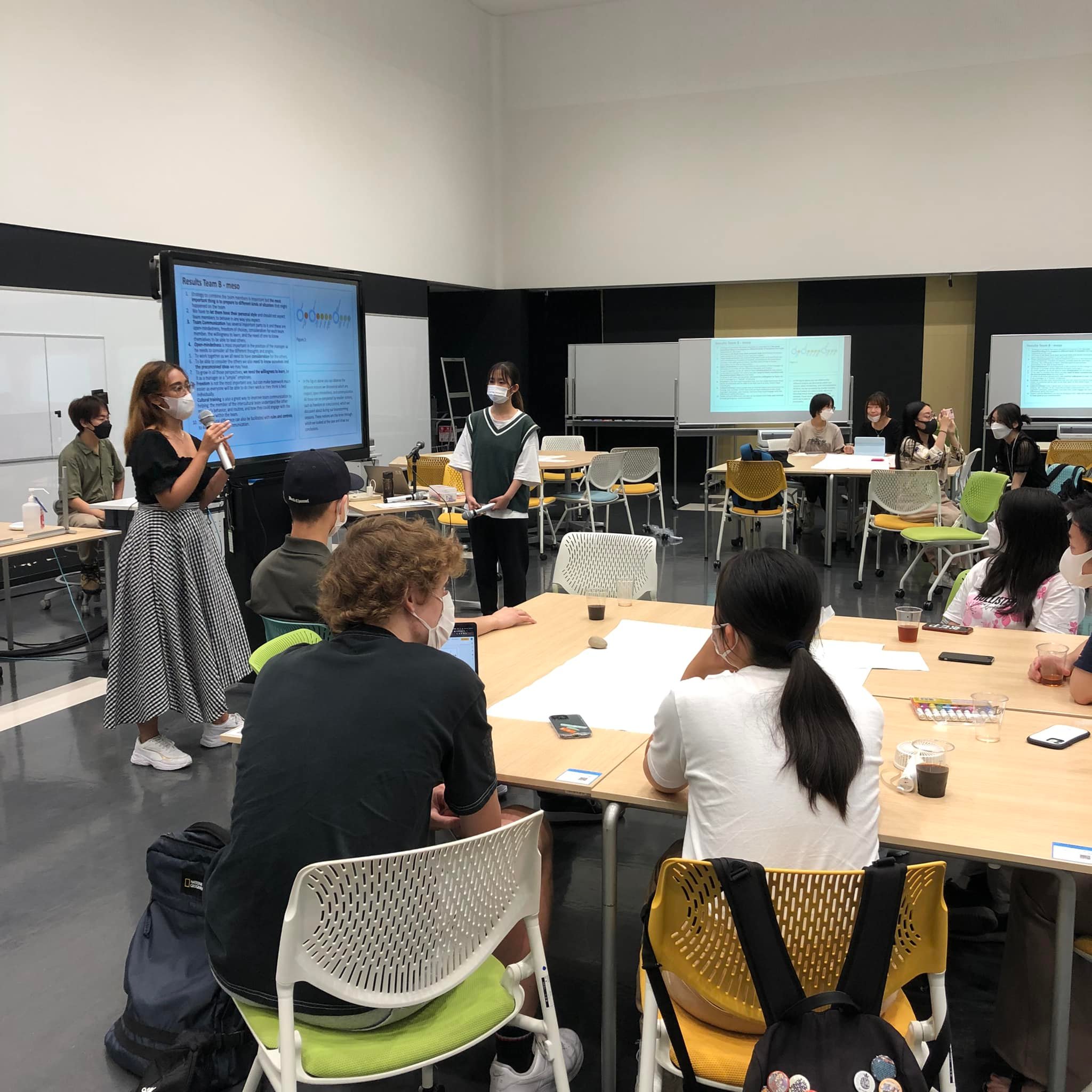 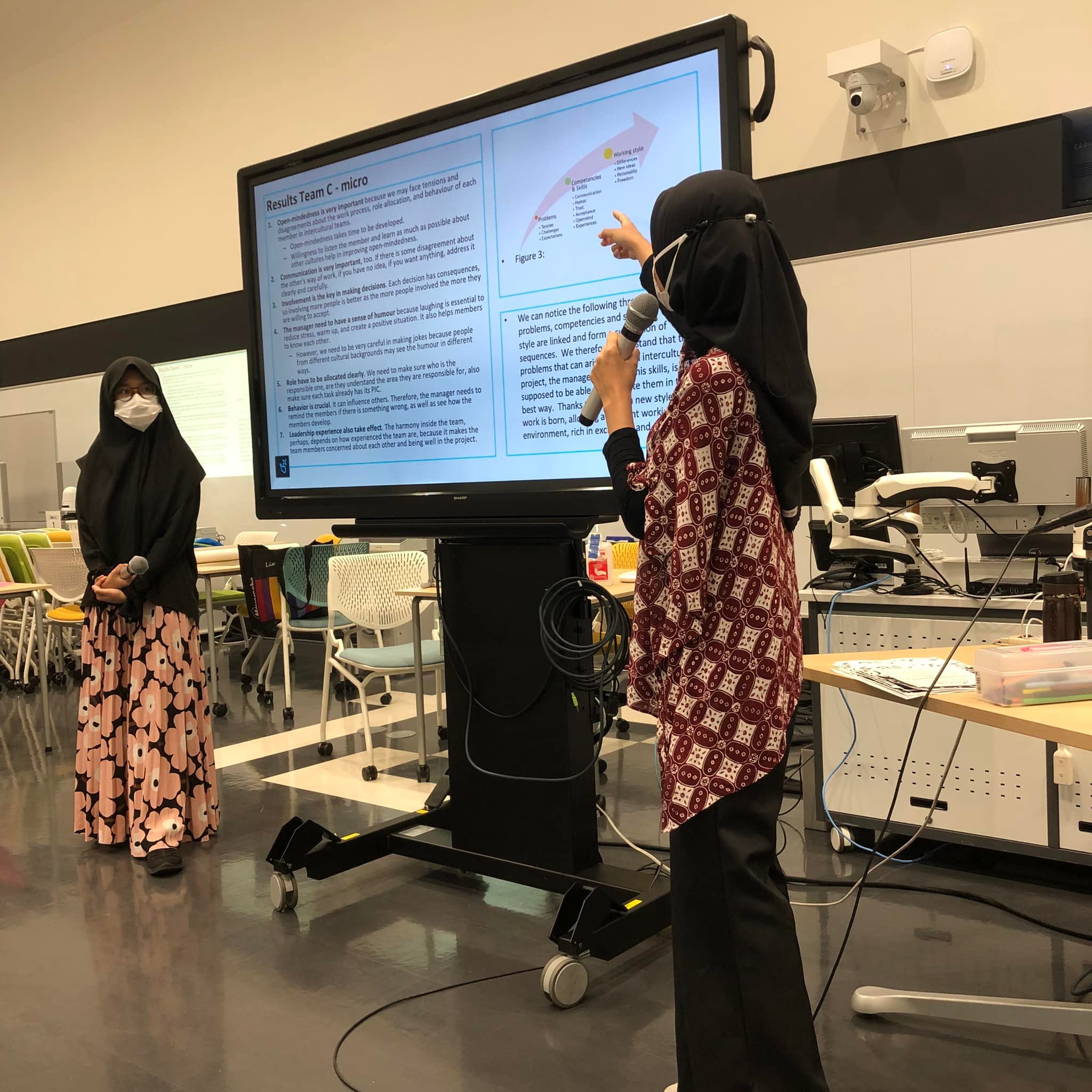 Ten students joining the GBL course were divided into three groups focusing on the macro, meso and micro aspects of intercultural management. Each group formulated research and interview questions. Thus, they were prepared to identify the circumstances, the steps of adaptation and way of thinking of a manager in the intercultural workplace. According to the students the answers of the manager to their questions given in a Zoom interview on 24th June 2022 were very conclusive. Thus, students were able to understand that it is important to adapt to Japanese culture. They learnt from the manager how to create a climate of trust and well-being within a Japan-based multicultural team. They understood that it is an important managerial challenge taking into account the cultural differences of each team member and to adapt their way of thinking to manage the diversity team efficiently. During the interview, students noticed that there are similarities between the Japanese and German cultures, such as attention to detail, the establishment of rules that promote workplace harmony, and the importance of meeting deadlines. Further, they observed differences in perception of friendship, organizational and hierarchical structures. Nevertheless, they found that it is essential to respect each other's culture in a multicultural context. They learnt that a visionary thinking can promote problem-solving and conflict resolution in the intercultural workplace. They observed that the manager has the role of creating a suitable working environment and is in charge of spurring the performance of the multicultural team. They found that it is up to the knowledge and skills of the manager to understand how to organize the work of team members efficiently. They perceived the manager as the driving force of synergy creation. During the project research Indonesian, French and Japanese students participating learned how to successfully coordinate their multicultural team by being patience and listening to each other. Finally, they presented their interview and research results during an E-poster session receiving feedback from an informed audience that consisted of RU graduate students and a professional manager joining by Zoom from Germany.