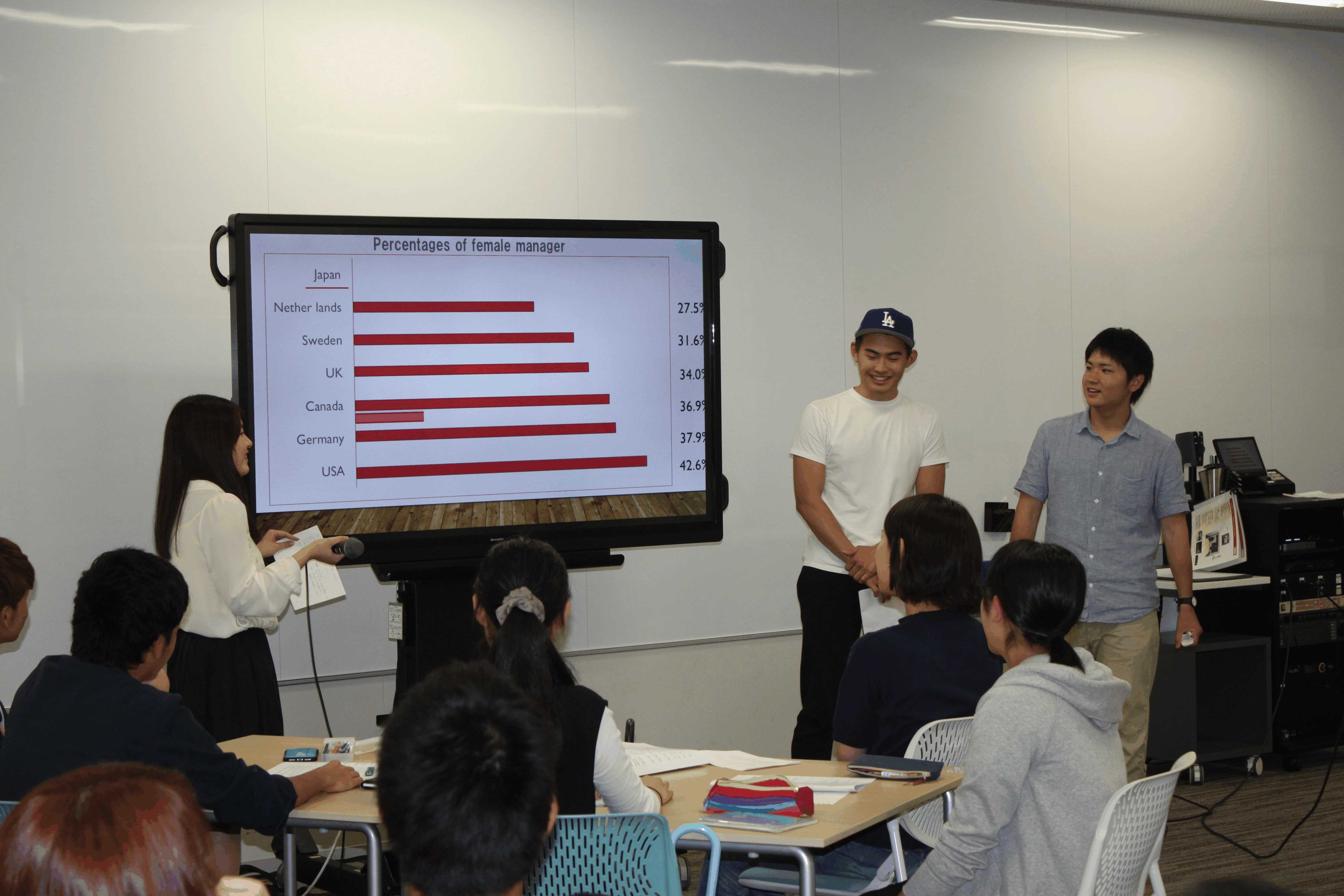 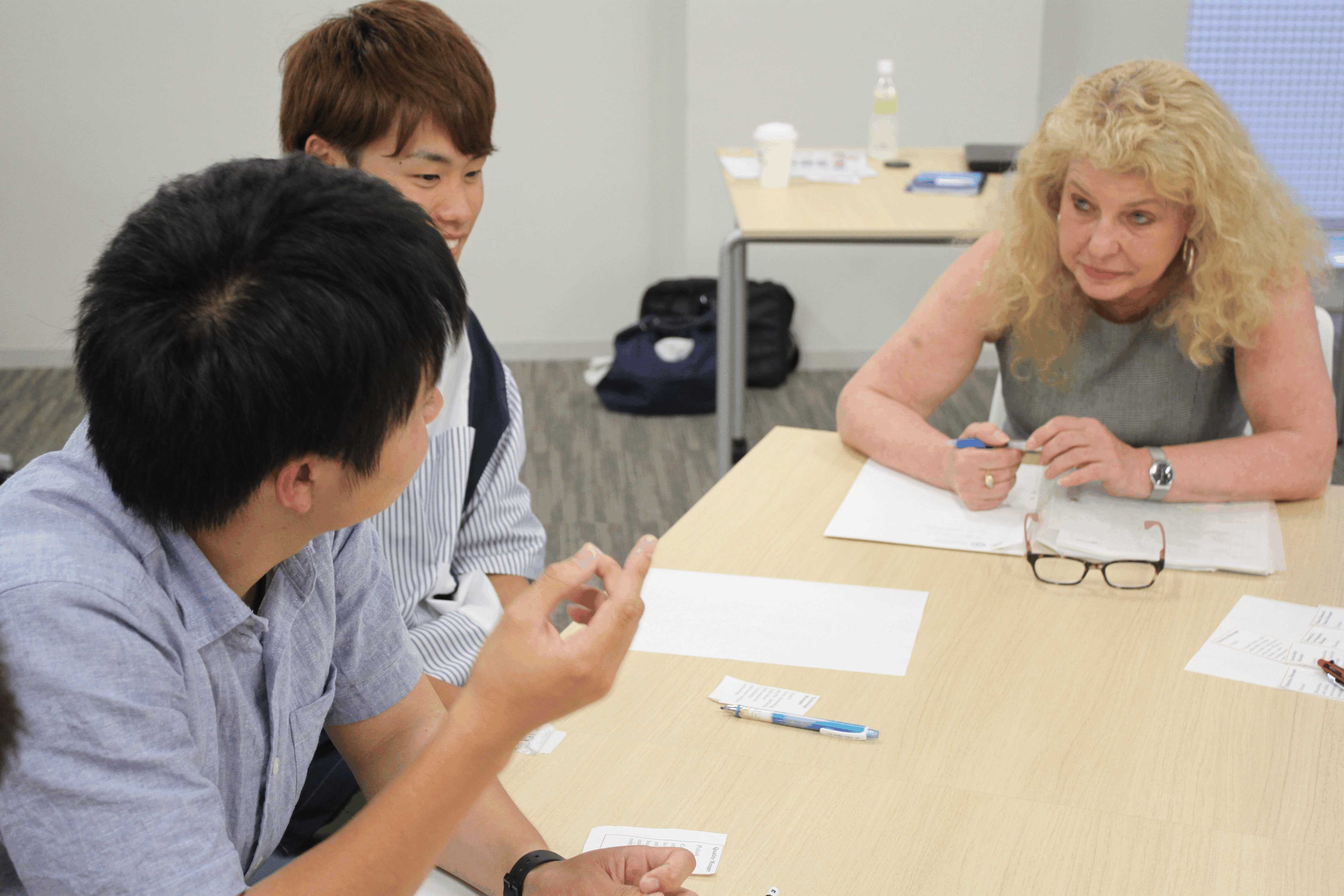 Silvia coaches students about managerial solutions in the intercultural workplace 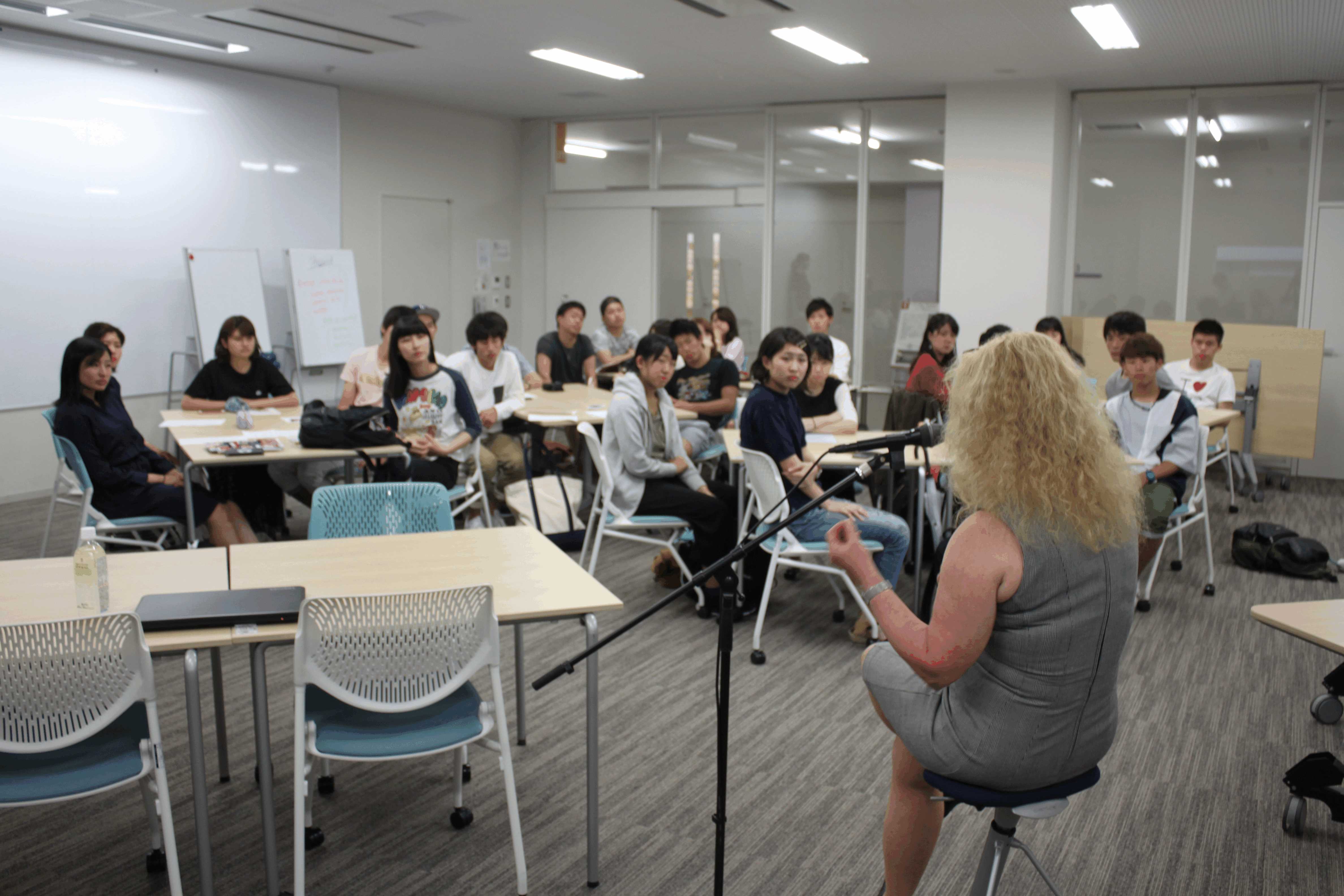 On 8th June 2017 a workshop with a guest speaker from Germany was held about Cross-cultural management (CCM). 24 students had opportunity to interact with Silvia Lawrence, from Coaching Point AB, in English. During the workshop first year students gave presentations in English about various topics in the field of Cross-cultural Management. International students reported about their intercultural experiences and how to cope with so called Culture Shock when studying abroad. Finally, Silvia organized a role play that was designed based on a real case of a Japanese semiconductor firm facing quality problems in their EU-based manufacturing subsidiary. Split up in several groups they discussed how to solve the management problem and reported it to Silvia at the end of the workshop. After participating in this workshop, students had a higher opinion of PBL and indicated that they would like to participate in similar PBL workshops in the future. Especially, the interaction with international students and Silvia was seen as valuable. One student, Kanako, was grateful to the organizer, Professor Rolf D. Schlunze, and expressed her wish to have more opportunities to speak in English. Another, Rikako told us that she learnt what intercultural communications actually means. Further, students realized what kind of skills are needed to work abroad. For example, Risa found that persuading people with different culture is an important challenge and needs presentation skills in English. Kazuki indicated that he realized that he is capable to think differently when slipping into another role. Nanako suggested because we can share ideas we can learn about other peoples’ opinion. Kazuhiro discovered that gathering ideas and summing up it is useful for the intercultural management process. The workshop has been a successful take-off to heighten first year students’ sensitivity on intercultural management problems.