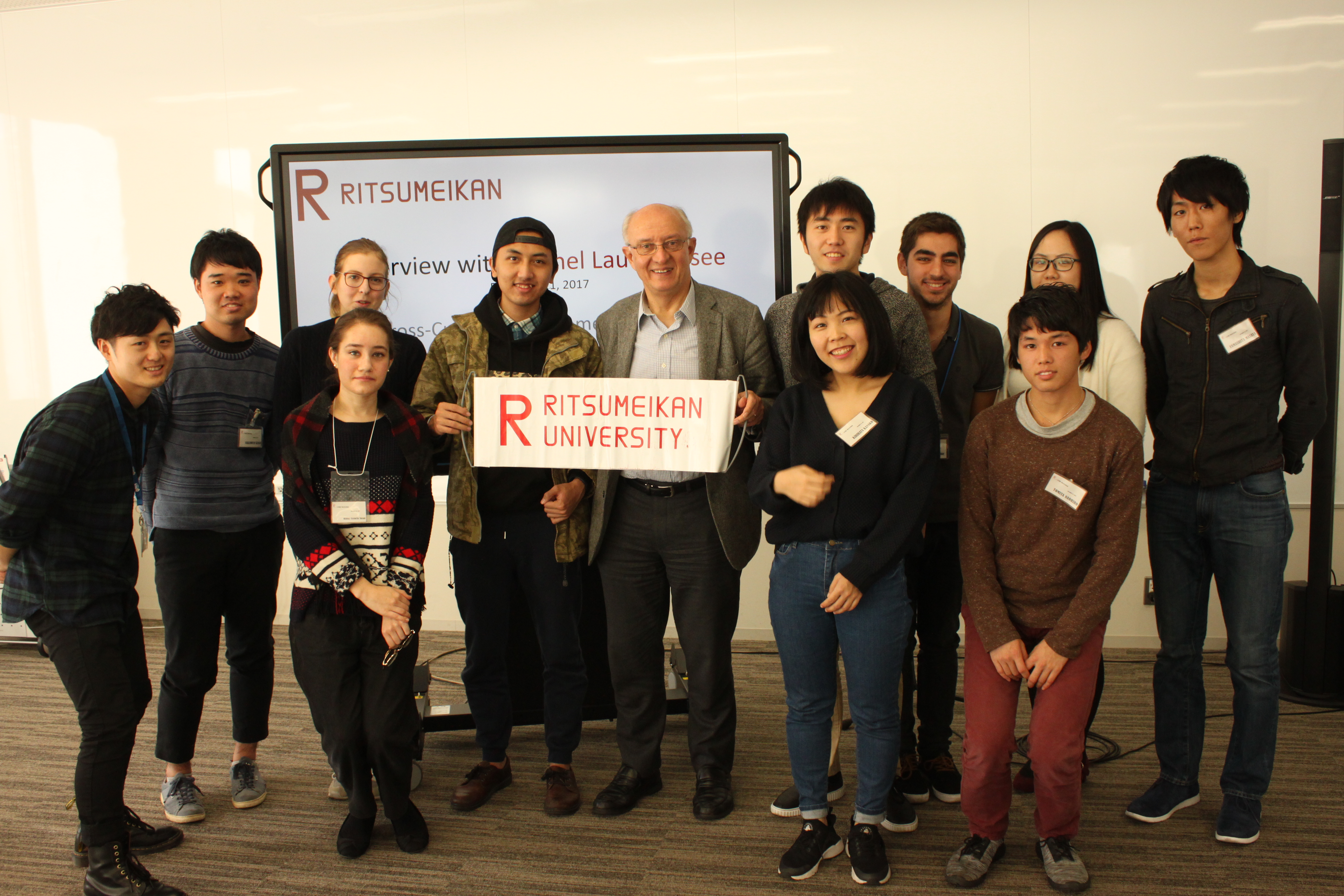 R+students trained to communicate adjustment strategies to the intercultural workplace 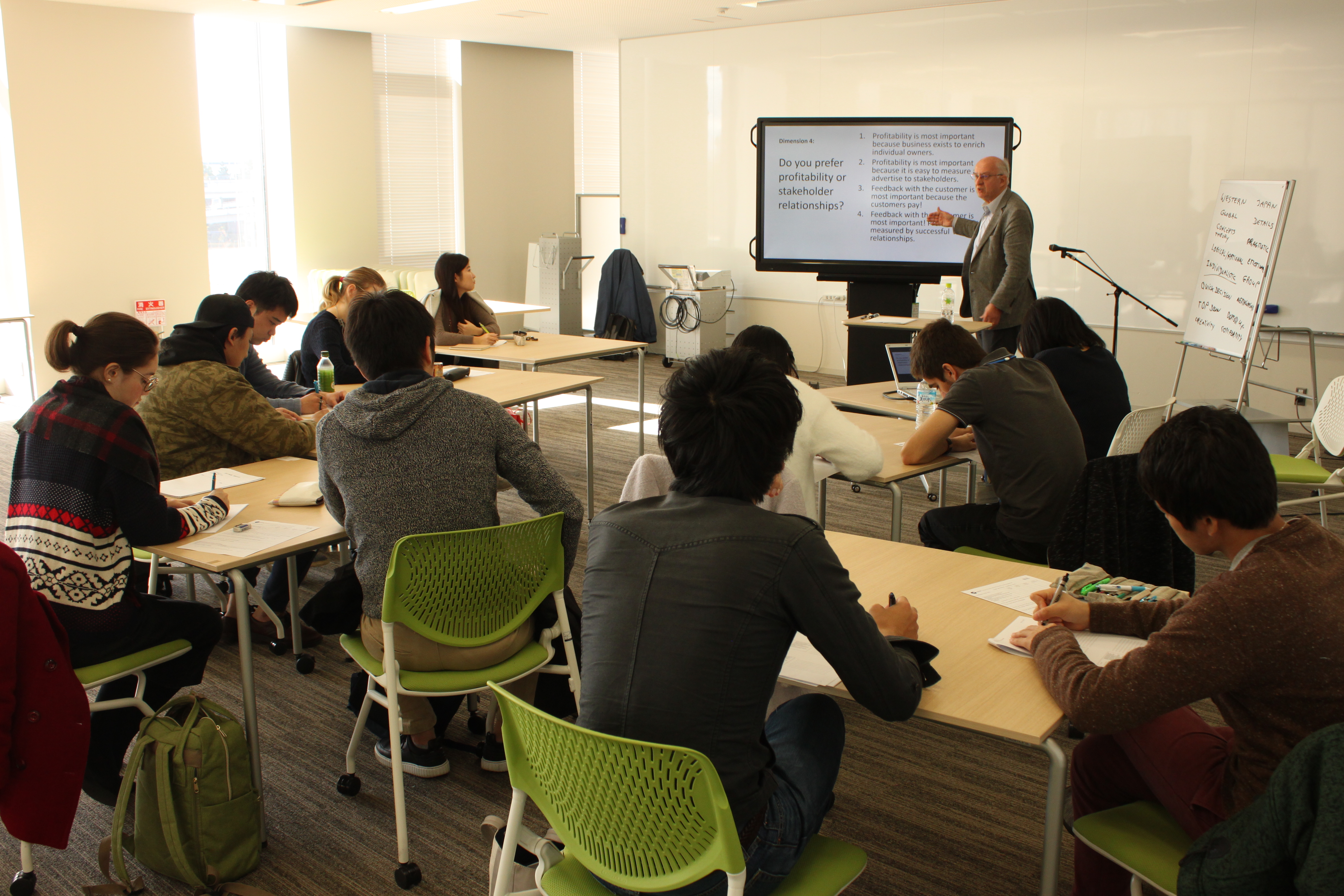 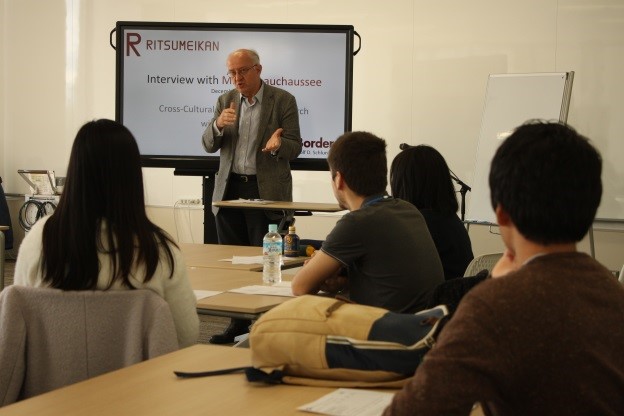 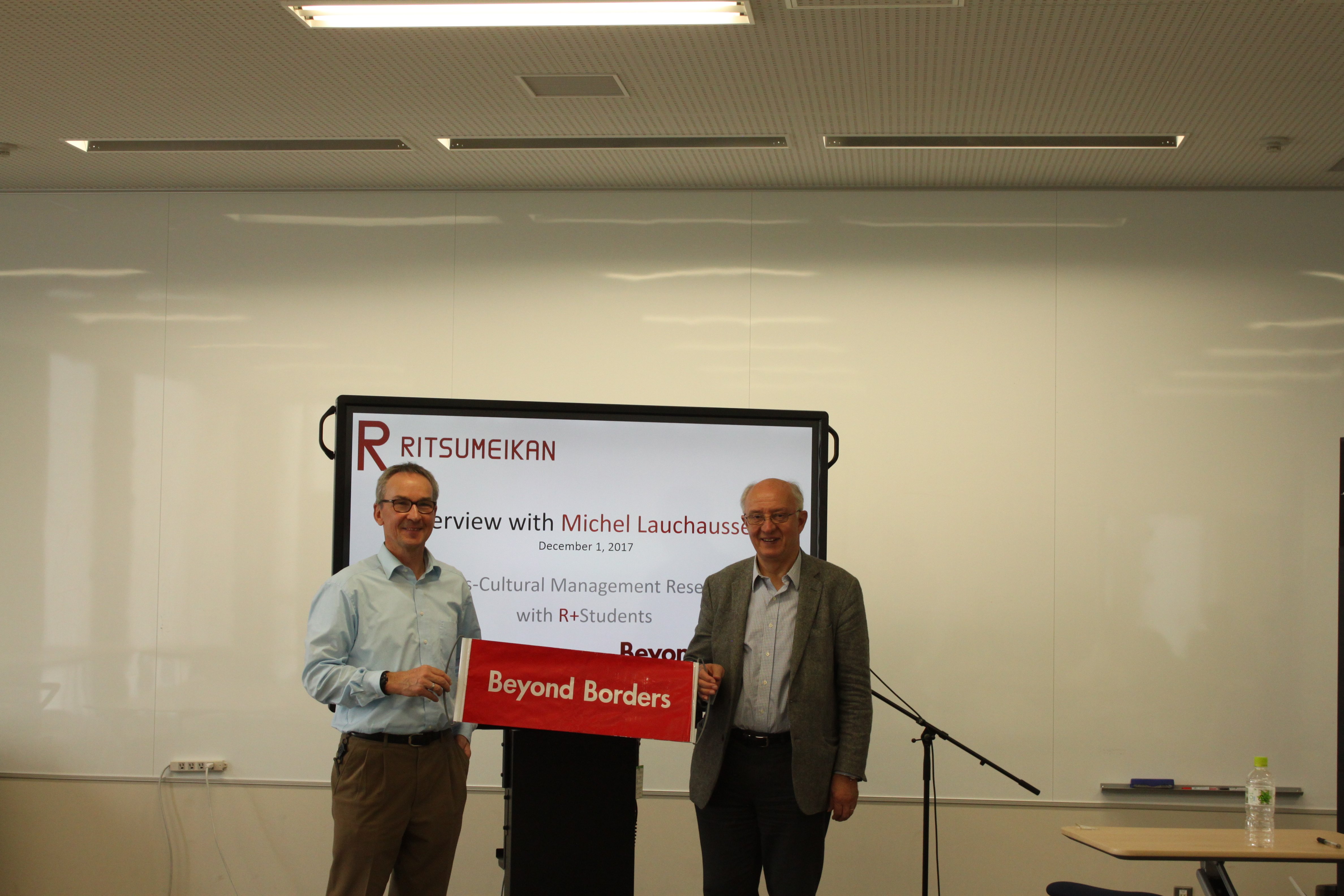 On December 1, 2017 Professor Rolf D. Schlunze conducted a workshop with professional coach, Michel Lachaussée, about cultural adjustment to the Japanese workplace for domestic and international students in English. The purpose of the workshop was to understand how cultural differences can be reconciled in purpose create cultural synergy. Students interviewed a French manager about working and living experiences in Japan. What is his cultural orientation? How to coach local staff members and create supporters in the intercultural workplace? What coaching practices are useful to create cultural synergy?

This workshop is designed to speak to cutting edge ideas and methods in cross-cultural management research. Students were encouraged to think about cross-cultural management practices. Therefore, Michel Lachaussée (Executive coach at équilibre K.K. and formerly head of Merial Japan) shared his working experiences in Japan. The exchange offered a good opportunity for RU students to learn how to promote effective management in the intercultural workplace.

All students were firmly positive that they learnt something concrete from our workshop and saw the interaction with the coaching as valuable. Japanese students learnt to overcome their shyness and, like Naohiro, learnt how to address questions deepening their knowledge. Florian wrote that Michel has been a great speaker providing kind and deep analyses on intercultural workplace issues. Kim found it was a great opportunity with Michel to win a better understanding about international management in general. Angela found that in case of dealing with contracts the French manager following a Western approach appears not believe in symbolized relationships. NyuYen Tien Manh observed that the manager adjusted to the collectivistic culture in Japan. Students believe that the French coach has a vision how to manage in Japan. Florian reasoned that studying about history and country characteristics is helpful to adjust culturally. Kim found that the international manager is able to combine strength of the host and home country. All students found that the manager is culturally adjusted. Keigo mentioned it is because he considers carefully cultural differences when adjusting to Japanese working environment.  Florian observed that the strongest adjustment made was how to cope with emotions. Correspondingly Angela found that the manager has a very Japanese approach when interact sensing co-workers and subordinates’ emotions. Kanako argued that his Japanese family might be a key tool of his successful cultural learning. The communication within this workshop has been motivating students to deepen their knowledge of intercultural management issues.