My primary interest is in news production, particularly the production of the images used in television news. I also have broader interests in Japan's mass media, from the effects of technological shifts such as digitalisation on television networks to the ways newspapers are sold - and in broader issues related to visual communication in its various forms. 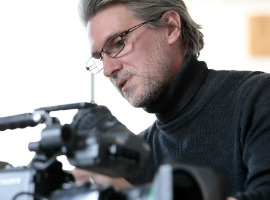